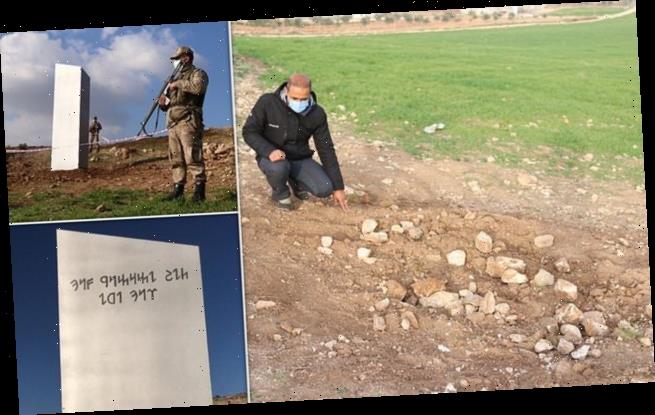 A metal monolith that mysteriously appeared on a field in southeast Turkey has now disappeared, four days after it was discovered.

The 10-foot-high metal slab bearing an ancient Turkic script, was found Friday by a farmer in Sanliurfa province.

It was discovered near the UNESCO World Heritage site of Gobekli Tepe, which is home to megalithic structures dating to the 10th millennium B.C., thousands of years before Stonehenge. 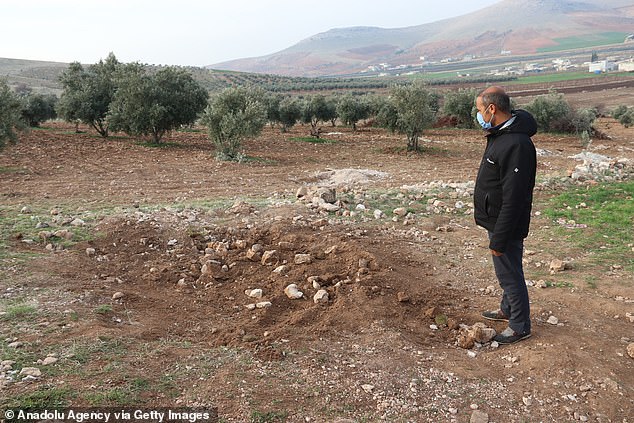 A man inspects the location of where the mysterious metal monolith once stood after it disappeared from an empty field located near Gobeklitepe in Sanliurfa, Turkey on February 9 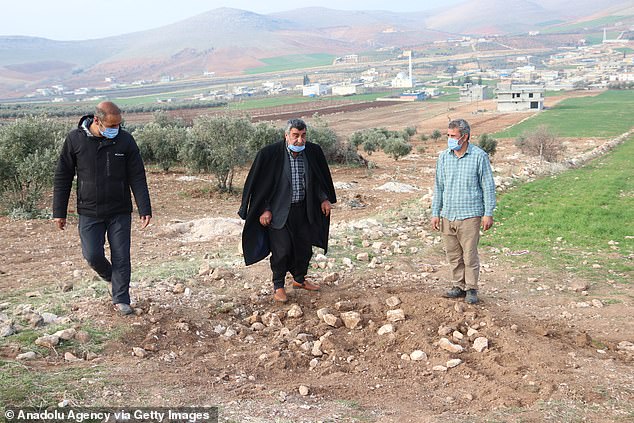 The shiny structure was reported gone Tuesday morning, days after authorities said they were investigating its appearance 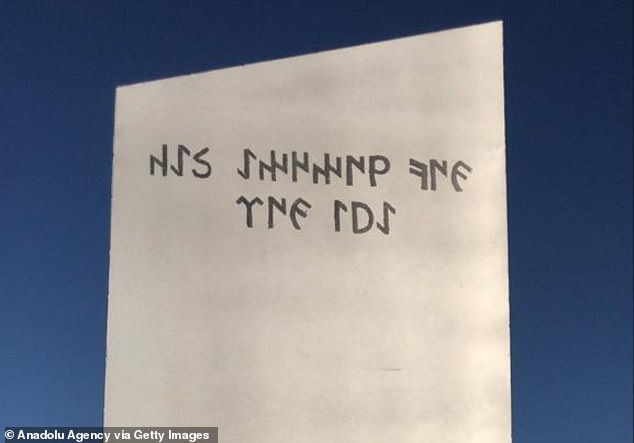 The structure bears old Turkic script that reads: ‘Look at the sky, see the moon’. Some of the monoliths found elsewhere have also featured engravings

The shiny structure, however, was reported gone Tuesday morning, days after authorities said they were investigating its appearance by looking through closed circuit television footage and searching for vehicles that may have transported it to the site.

It wasn’t immediately clear if it had been taken down by the authorities. Officials at the Sanliurfa governor’s office weren’t immediately available for comment.

The state-run Anadolu Agency quoted the field’s owner as saying he was baffled by both its appearance and disappearance. 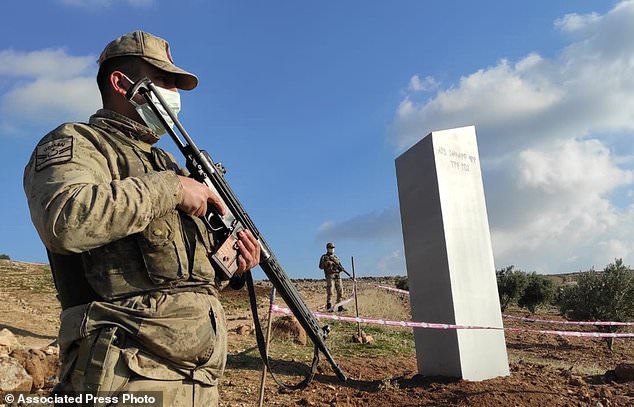 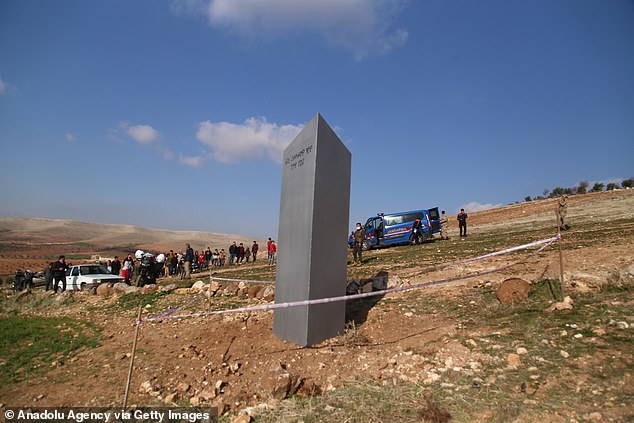 Curious locals have paid visits to the site since Friday, as well as Sanliurfa Governor Abdullah Erin, according to Anadolu news agency 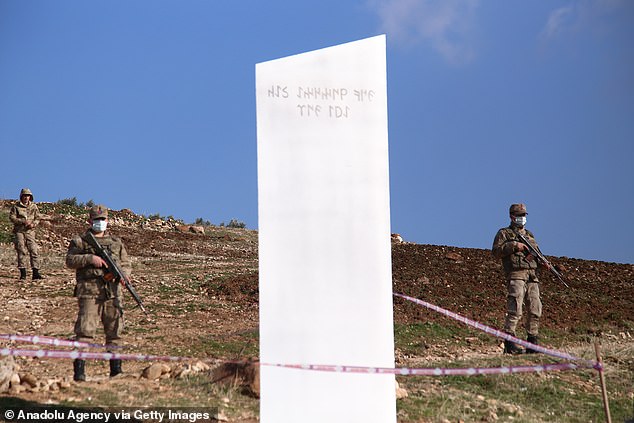 ‘We don’t know if it was placed on my field for marketing purposes or as an advertisement,’ Anadolu quoted Fuat Demirdil as saying. ‘We saw that the metal block was no longer at its place. Residents cannot solve the mystery of the metal block either.’

The agency also quoted local resident Hasan Yildiz as saying the block was still at the field Monday evening, but had disappeared by the morning.

The monolith bore an inscription that read: ‘Look at the sky, you will see the moon’ in the ancient Turkic Gokturk alphabet, according to reports. 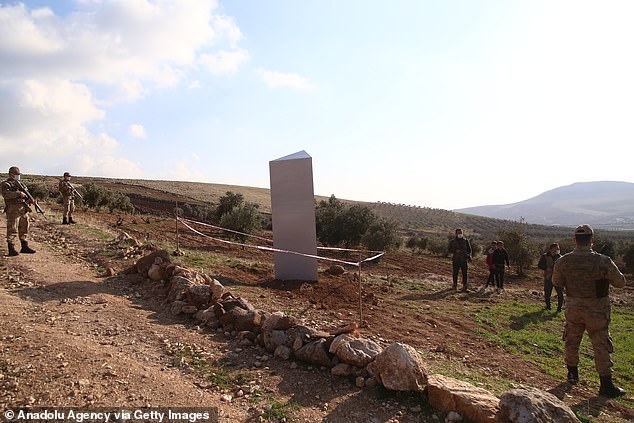 Curious locals have paid visits to the site since Friday, as well as Sanliurfa Governor Abdullah Erin, according to Anadolu news agency.

Other mysterious monoliths have similarly appeared and some have disappeared in numerous countries in recent months.

The first appeared in the Utah desert in November, sparking comparisons to those seen in the Stanley Kubrick film 2001: A Space Odyssey.

Others have since popped up across the US, as well as in Colombia, Romania and the Netherlands.

In December, a monolith appeared on the top of a hill in Glastonbury on Wednesday with the words ‘Not Banksy’ etched onto it.

Gobekli Tepe was the setting of the Turkish Netflix mystery series, ‘The Gift.’

Ripple Is in a Brief Rally, Consolidates Above $0.45 Support
Technology