Mussolini’s great-grandson defends Italy’s Fascist era describing it as a ‘complicated, complex period’ as he runs for a European Parliament seat with far-right Italian party – AFP

Italian dictator Benito Mussolini’s great-grandson has defended the legacy of the fascist era that ended with defeat in WWII.

Caio Giulio Cesare Mussolini who is running for a European Parliament seat with a small, far-right Italian party, tried to nuance his fascist grandfather’s legacy in comments to the foreign press in Rome on Wednesday.

The fascist era was ‘a very complicated, complex period’, he said at a press conference in Rome for the Fratelli d’Italia (Brothers of Italy) party. 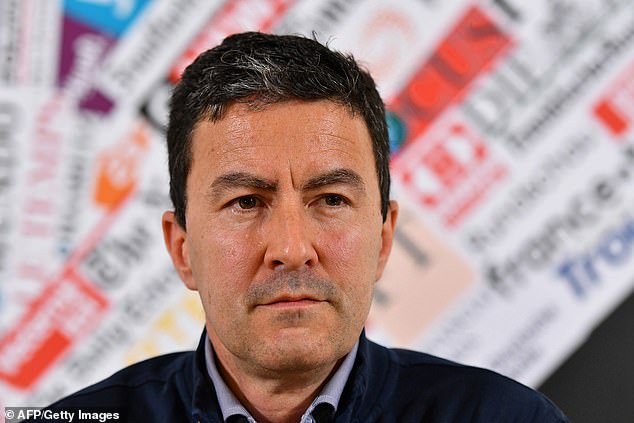 ‘You can’t define it in terms of right or wrong, good or bad,’ he said.

While the anti-Jewish laws of 1938 had been ‘a mistake, a shame’, the fascist period had left its mark on the country in other ways with, for example, its road network, he added.

Many older people he met while campaigning expressed nostalgia for that period, he said. 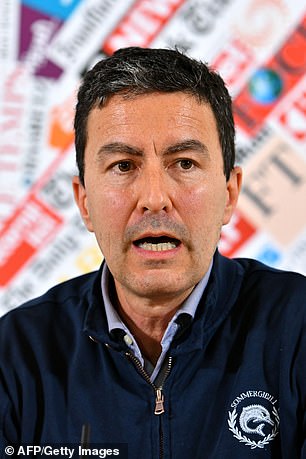 Anti-fascism, he said, was the last thing keeping together a left that was far from the needs of the people, he added.

In Italy it is still a crime to defend fascism, but asked about that law he said that the courts often ruled on the side of freedom of expression.

The current ban on the fascist salute should be extended to the raised clenched-fist of the communists, he added.

Although Mussolini is only 10th on the party’s electoral list, he features prominently on its posters. And there were plenty of journalists on hand to hear what the Italian dictator’s great-grandson had to say.

The 50-year-old former Italian naval officer was born in Argentina, where his father, Vittorio Mussolini, the second son of the dictator Benito Mussolini, fled in 1945 at the end of World War II.

He now works for an arms firm, a subsidiary of the Leonardo group – formerly Finmeccanica. 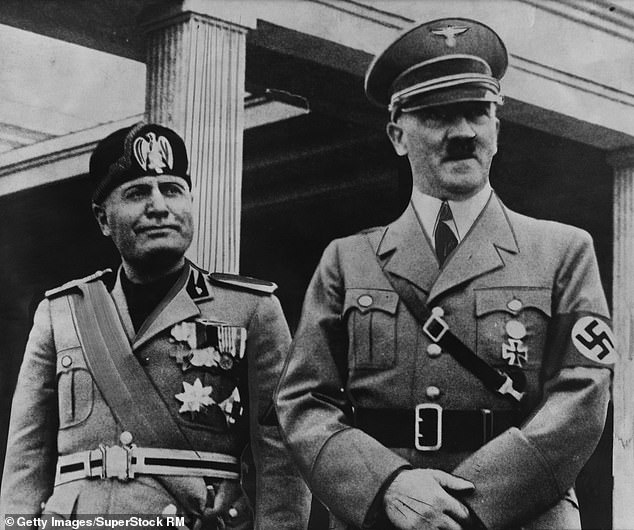 He is not the first descendant of the fascist dictator to enter politics. Benito’s grand-daughter Alessandra, has been an MEP since 2014, having already served as a senator and a deputy in the Italian parliament.

She is now a rival candidate – in another region – on a list led by former prime minister Silvio Berlusconi.

Benito Mussolini, the creator of fascism, came to power in Italy in the 1920s, established a one-party dictatorship and was an ally of Hitler’s Germany during World War II.

He was captured and executed by communist partisans while trying to flee near the end of the war.

Benito Mussolini, the dictator who wanted to revive the Roman empire

Benito Mussolini, who styled himself Il Duce, came to power in a 1922 coup when he led his followers in a march on Rome.

He allied himself with other European Fascist leaders including Adolf Hitler and Spain’s General Francisco Franco, sending troops to fight in the Spanish Civil War that overthrew the 2nd Republic.

Mussolini dreamed of refounding the Roman Empire, and luanched a series of conquests in Africa, including that of Ethipia, then uncolonised and ruled by King Haile Sellasie.

The fascist air forces used chemical wepaons in both Libya and Ethiopia.

Mussolini held off a joining the Axis side in World War II until after the Nazi conquest of France.

His attempted conquest of Greece was a disaster, forcing Germany to send troops to turn the tide to prevent Britain gaining an allied base in southern Europe.

When the allies invaded Italy from North Africa in 1943, Mussolini was quickly ousted the way he came in, by a coup, with the new govenment promptly switching sides in the war.

He was imprisoned in the Campo Imperatore Hotel on the Gran Sasso massif in the Central Italian mountains, but was freed in a raid by Italian paratroopers ordered by Hitler himself.

Meanwhile German troops had invaded northern Italy and Italian Jews, previously spared from the Holocaust, were deported to the Nazi death camps.

Mussolini met his end in the closing days of the war when he was captured by communist partisans while trying to flee to neutral Switzerland with his his mistress Clara Petacci.

The two were taken to the city of Milan and executed on April 25. Citizens spat on and mutilated their bodies before they were hung upside down from lamposts.