Musician, 14, dies after being hit by speedboat while snorkelling

Talented musician, 14, dies after he was hit by speedboat while snorkelling near his family’s yacht in Tahiti during two-year trip around the world

A talented 14-year-old boy was killed when he was hit by a speedboat while snorkelling during a family holiday around the world.

Young musician Eddie Jarman had been checking the anchor of his family’s yacht off the coast of Tahiti in Mo’orea with his family when he was hit by the boat on August 9.

His family desperately tried to save him but his injuries were fatal.

His mother, Barbara, father, Harry, and sister, Amelie, 13, have now returned to the UK following the ‘incredibly traumatic’ incident earlier this month. 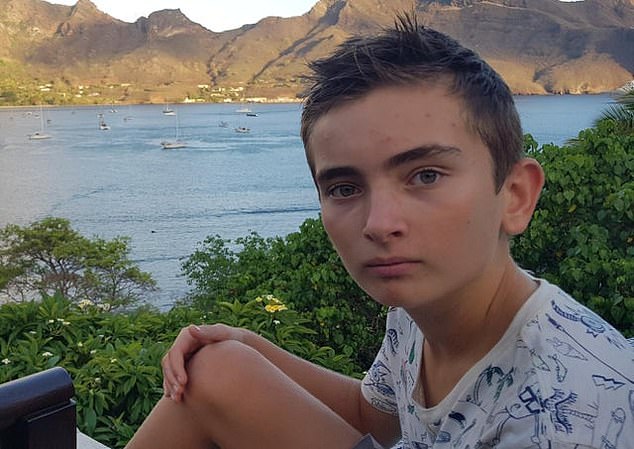 Eddie Jarman, 14, (pictured) was killed when he was hit by a speedboat while snorkelling on a family holiday around the world

The family set off on their two-year trip in 2018 after selling their Sussex home and buying a yacht to sail the world.

They have now launched a campaign to raise £100,000 to set up the Eddie Jarman Young Musicians Charity to help other young music lovers.

Eddie, who was due to start a scholarship in January 2021 at Hurstpierpoint College in Sussex, played piano, violin and double bass to a high standard.

The campaign has already generated more than £33,000.

In a statement, the family said: ‘Our sailing boat has been our ”live aboard home” for the past 18 months, nine of which we have spent in French Polynesia, mainly due to Covid travel restrictions.

‘The sailing community has been amazing in supporting us throughout this incredibly traumatic time. 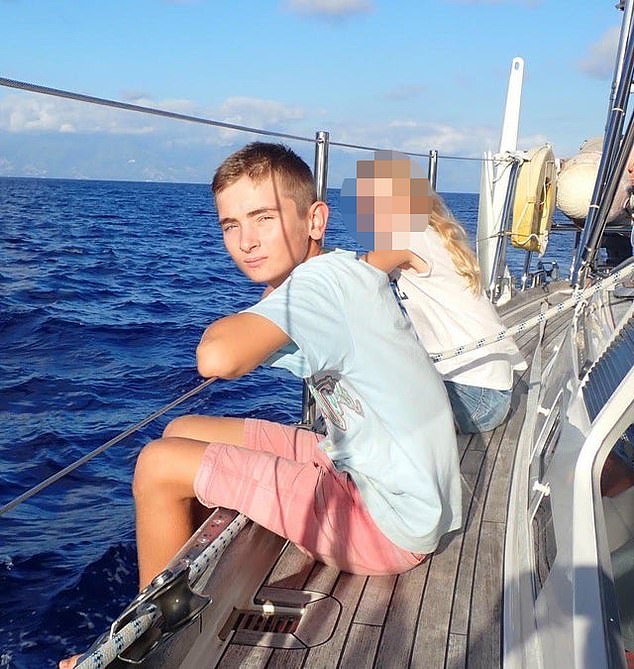 ‘Cremation is not possible locally and we cannot leave our boy behind in a foreign country, hence we must repatriate his body for a burial back in England.

‘Unfortunately we were not covered for the imminent and substantial costs of international repatriation of Eddie’s body, but amazingly generous people from around the world, sailors, dreamers, good souls, family and friends have supported us and enabled us to bring Eddie home for burial, though Covid makes the funeral arrangements very challenging.

‘Eddie had an amazing zest for life, a lovely boy and so bright with talent and kindness, who loved adventure and the sea.

‘We were blessed with his musical talent, he played expertly the piano, violin and a double bass, never happier than listening to his favourite jazz and Bossa Nova tracks.

‘Mature well over his 14 years, he has made an indelible mark on everyone he has met. 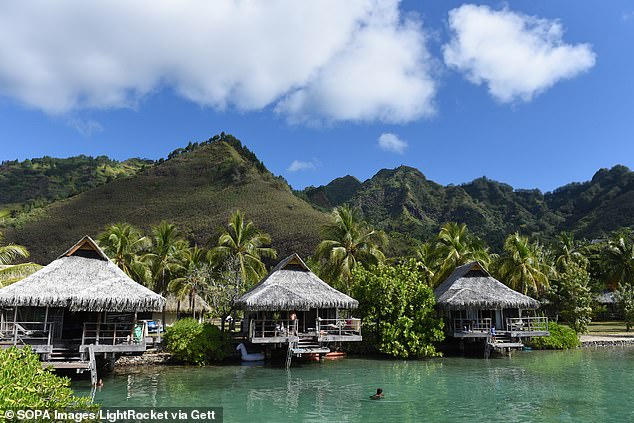 The family set off on their two-year trip in 2018 after selling their Sussex home and buying a yacht to sail the world. Pictured is Mo’orea

‘In memory of his life and his love for music we are setting up a trust fund which will fund music and school tuition for talented youngsters. Eddie’s former headmaster has kindly agreed to be a trustee.

‘We are immensely grateful for any and all donations made to help us bring Eddie home for burial to his village where he grew up.

‘We have raised more than we needed to cover the costs so all monies over and above what’s strictly required to repatriate him home for burial will be donated to Eddie Jarman Young Musicians Trust Fund.

‘The trust will also receive the accident monetary compensation that we may eventually receive.

‘To aid the fund further we will organise various auctions including offering some of his possessions and instruments, as well as making a recording of his favourite piano and violin pieces, which he played.

The music trust fund will support the specialist music tuition and instrument hire and/or purchase for young and musically talented and dedicated children of modest and disadvantaged means. The funding will support children living in the UK and French Polynesia to spread the love of music in Eddie’s name.’

‘He often said that he could not imagine living without music, either playing it or listening to it.

‘In his memory let other children enjoy music as much as he has in his short but wonderful life.’

The family plan to lay his body to rest in the Sussex village of West Hoathly where he grew up.

They set sail from Lanzarote to the Caribbean early last year, then cruised the Atlantic through Aruba, Columbia and Panama. They explored Ecuador, the Galapagos Islands and French Polynesia.

You have a week to reverse this retirement withdrawal. It could cut your Medicare costs