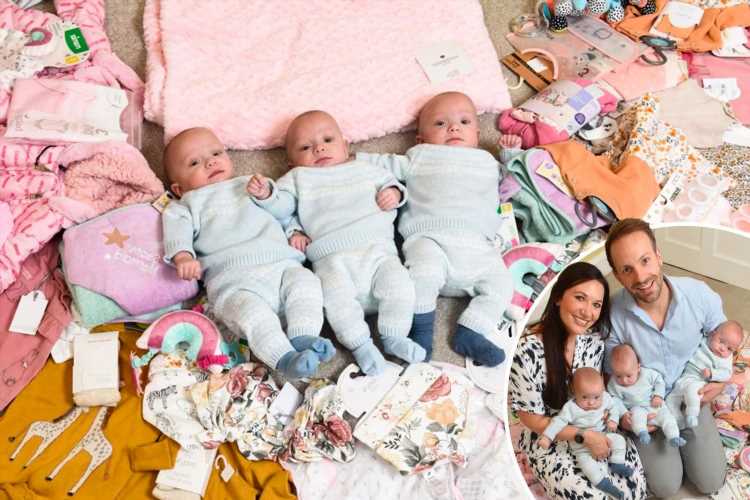 A FIRST-time mum of triplet boys has been left with £500 of girlie clothing after five sex scan mix-ups.

Gina Dewdney, 34, was elated when she was repeatedly told that two of the babies she carried were girls. 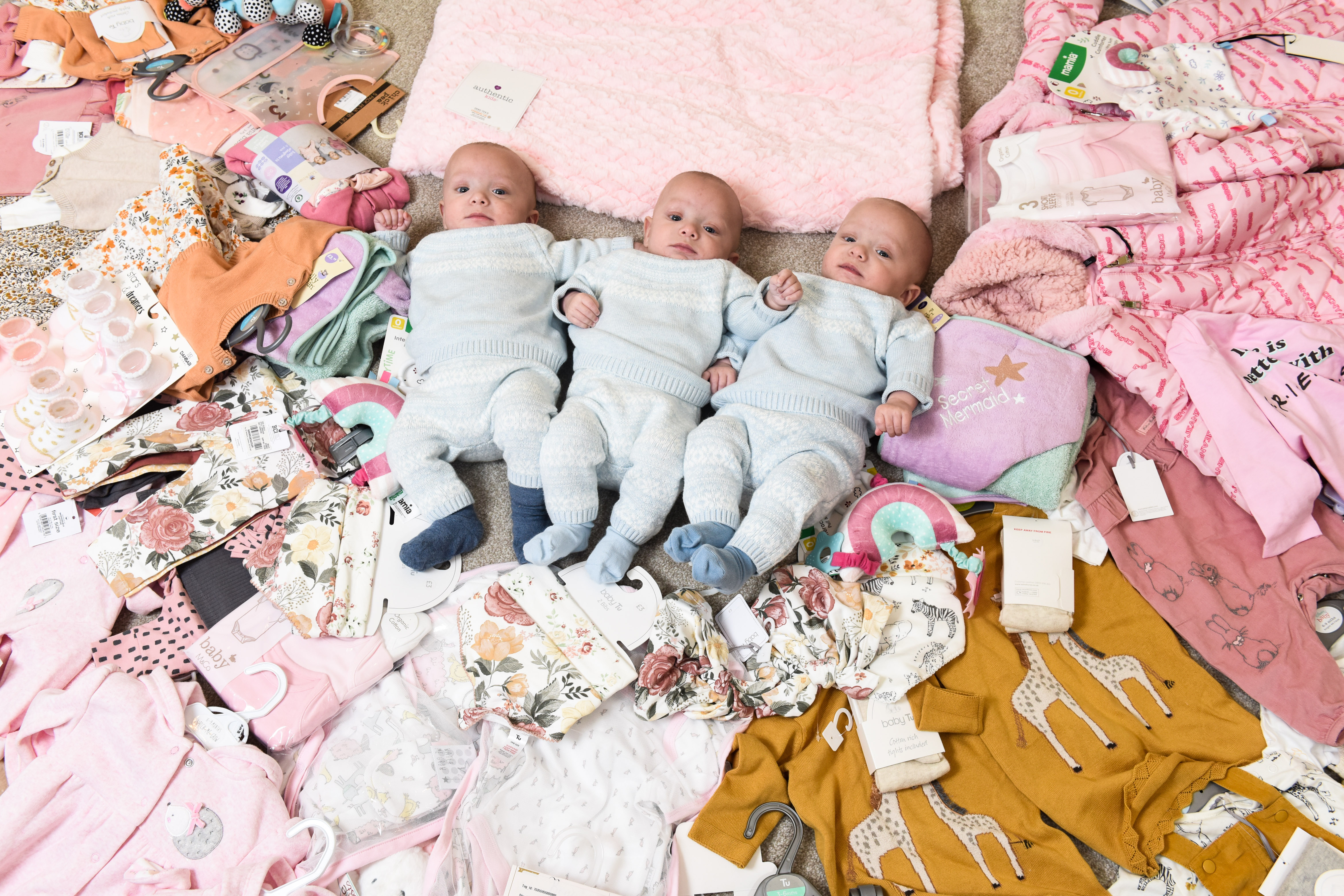 The dental therapist bought bags of pink clothing and accessories and even started picking girls’ names.

Then, at the 24-week scan, she was told her unborn babies were all boys.

Gina and dentist husband Craig, 34, of Frodsham, Cheshire, kept the clothing in case of another mix-up.

But in April this year, Gina gave birth to identical boys Jimmy, Jenson and Jaxson at 31 weeks.

They spent 42 days in hospital before coming home.

Gina said: “I understand why the sonographer got the gender wrong for weeks as the babies would never sit still.

"There would always be a leg or an arm in the way.” 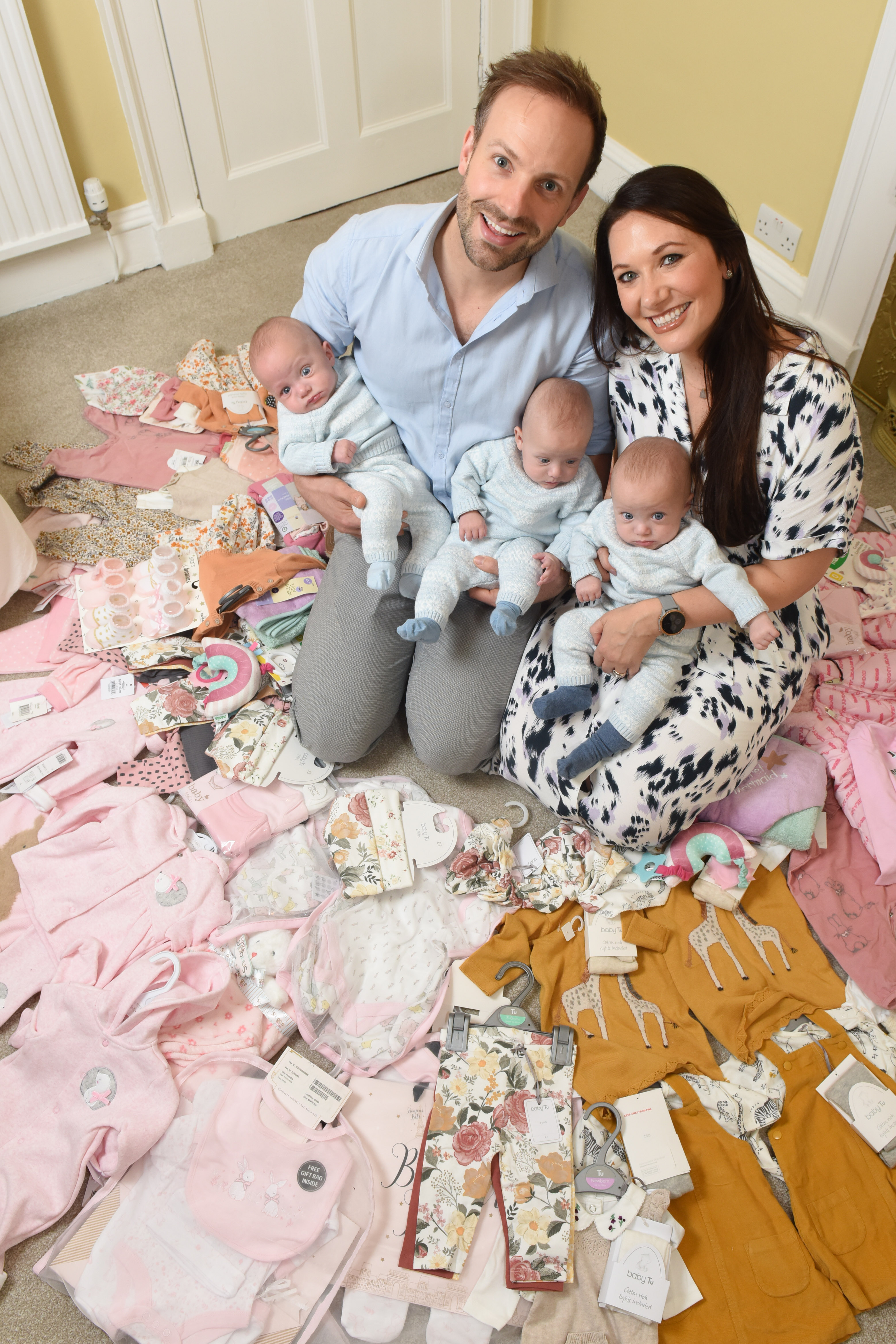