The wife of disgraced former MP Charlie Elphicke has revealed he turned up on her doorstep begging for help after she separated from him.

Mr Elphicke, 49 – a self-proclaimed ‘naughty Tory’ – was jailed for two years on Tuesday after being found guilty of three sexual assaults on two younger women.

His wife Natalie – and successor as Dover MP – accompanied him to court throughout the trial but then announced she would divorce him less than an hour after his conviction in July.

Speaking about her decision, she said she was ‘angry’ after her husband was convicted, leading to her publicly calling an end to their marriage.

However, she has now revealed that Elphicke turned up at the door of the house that they had shared, begging to be let in, after the judge had ordered he live at home before being sentenced.

Mrs Elphicke said she had little choice but to let him stay in their downstairs room, while she ‘began deleting memories of their 25 years of marriage’.

The disgraced MP, who was branded a ‘sexual predator’ that ‘told a pack of lies’ by a judge in court, immediately released a statement following his sentencing, announcing his intention to appeal and insisting he was innocent.

And, just weeks after dumping him, mother-of-two Mrs Elphicke sensationally decided to stand by her shamed husband, who she claims had an unfair trial.

She is also backing his appeal against his sex crime conviction and hasn’t ruled out rekindling their relationship. 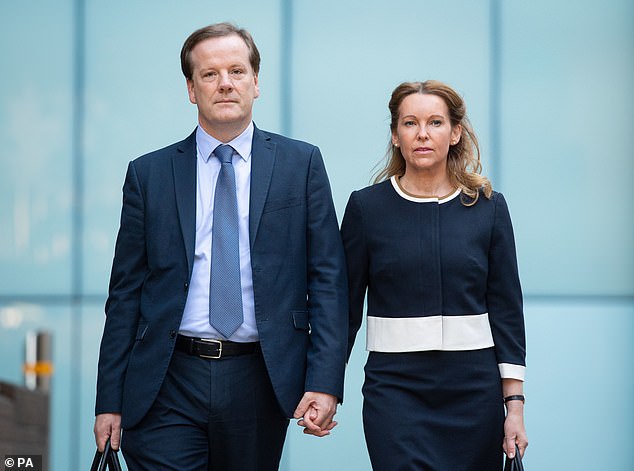 In an opinion column published in The Sun, she described hearing about her husband’s infidelity in court, saying she ‘couldn’t believe his stupidity’.

But that ‘a consensual affair, however wrongful in his marriage to me, is a very different thing from being accused of sex crimes.’

She gushed that her husband is ‘charming, wealthy, charismatic and successful’ and ‘an easy target for dirty politics and false allegations.’

Mrs Elphicke added: ‘Following an unfair trial during the Covid-19 pandemic, I believe that Charlie was convicted in a terrible miscarriage of justice.

‘It was obvious to me from reading the evidence during lockdown that the criminal allegations against him were complete nonsense, and I still believe they are.

‘He is appealing his sentence and the verdict. I fully support him in that.’

The MP for Dover said that after his conviction, Mr Elphicke was ordered to stay at the home he shared with his wife by a judge in anticipation of his sentencing.

During that time she said he had ‘so many messages of support after the verdict.’

Mrs Elphicke said: ‘Person after person messaged about the difference Charlie had made for our community over years of public service. 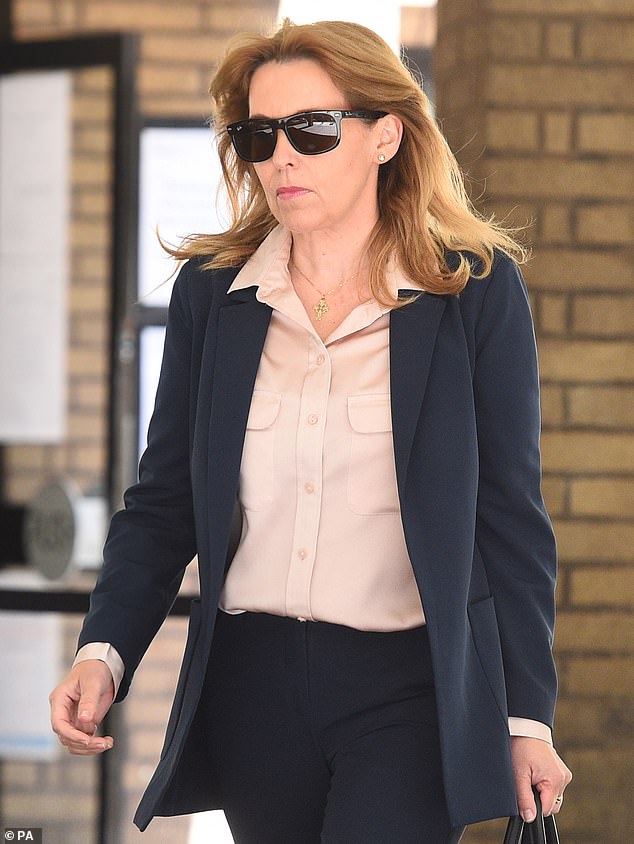 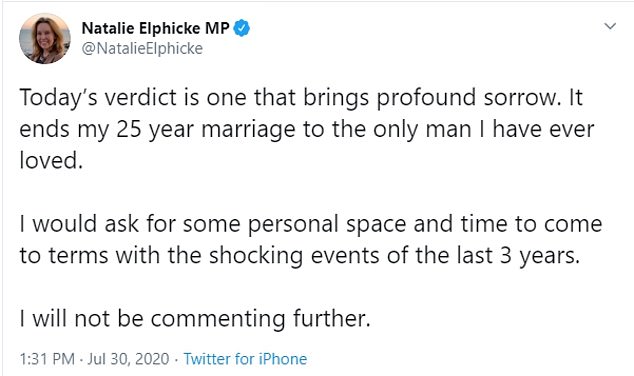 ‘People wrote of his individual kindnesses and the help he had given to them. Help that had made a real difference in so many cases.

‘We discussed his sentence. I looked at the guidelines. It seemed clear to me that community service should be ordered.

‘A senior probation officer filed a report agreeing a community sentence was appropriate. But always the concern had to be that the court could be on a mission in sentencing, as I believed they had been during the trial.’

She added that at the moment she has not decided on the couple’s future.

Mrs Elphicke said: ‘I wanted him to continue to co-parent our teenage son while he is growing up.

‘But I can’t consider our future together, and he can’t co-parent our son, because not only was he wrongly convicted — he is now wrongly in jail.’

At Mr Elphicke’s sentencing hearing on Tuesday, judge Mrs Justice Whipple told him: ‘You made your victims come to court. They told the truth, and you told a pack of lies – not only to the jury, but your wife, the whips and the police.’

The judge said she ‘considered carefully’ whether the sentence should be suspended.

But she told Elphicke: ‘Bearing in mind the gross breach of your position of power… I am satisfied that appropriate punishment can only be achieved by immediate custody.’ 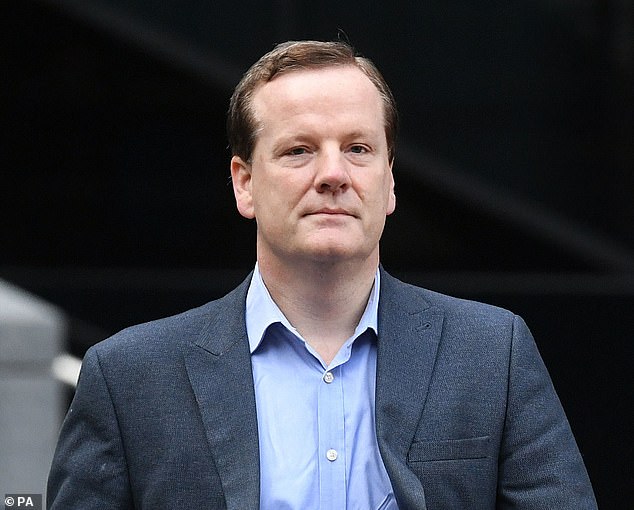 Elphicke, 49 – a self-proclaimed ‘naughty Tory’ – was jailed for two years on Tuesday after being found guilty of three sexual assaults on two younger women

He was told he would likely serve up to half that term in prison before being released on licence.

Reading the the first victim’s statement she said: ‘The effect of what he did to me has had a lasting impact.

‘I have found that I have a significantly increased sense of anxiety and caution when meeting and working with any man.

‘I feel like things I once enjoyed have been taken away from me.

‘It was not easily recovered from. It took me a long time to get back on my feet and to be able to be stable in my home and job again.’

Reading the second statement, she added: ‘I remember feeling trapped, frightened and constantly on edge.

‘I used to freeze every time that door would open or every time I was left alone with him.

‘My mental health suffered because of the emotional and psychological turmoil that he put me through.

‘When he did what he was found guilty for and abused his position of authority, I was incredibly vulnerable; left with feelings of complete powerlessness and inferiority.

‘Because of his acts, he stole a large part of my self-worth and my self-esteem, and he crushed a part of my spirit.’

Mum finds daughters, 13 & 8, 'knifed to death by man she met on dating app' not knowing he was convicted child killer