Mother stops toddler's tantrum by throwing her OWN hissy fit

This is the hilarious moment a mother throws a fake tantrum to stop her baby daughter doing the same.

Little Ava was left amused when the tables were turned on her by her mum, Abi Burden, 21.

Abi spotted that her 18-month-old daughter was about to throw a tantrum at their home in Salisbury, UK. 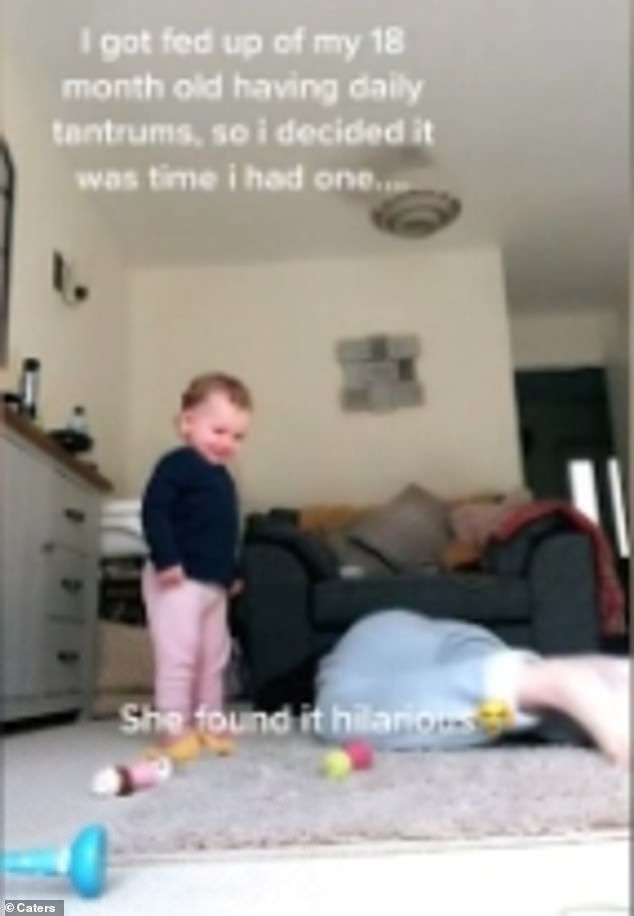 18-month-old Ava was left amused when her mum, Abi Burden, 21, throws a fake tantrum to stop her doing the same 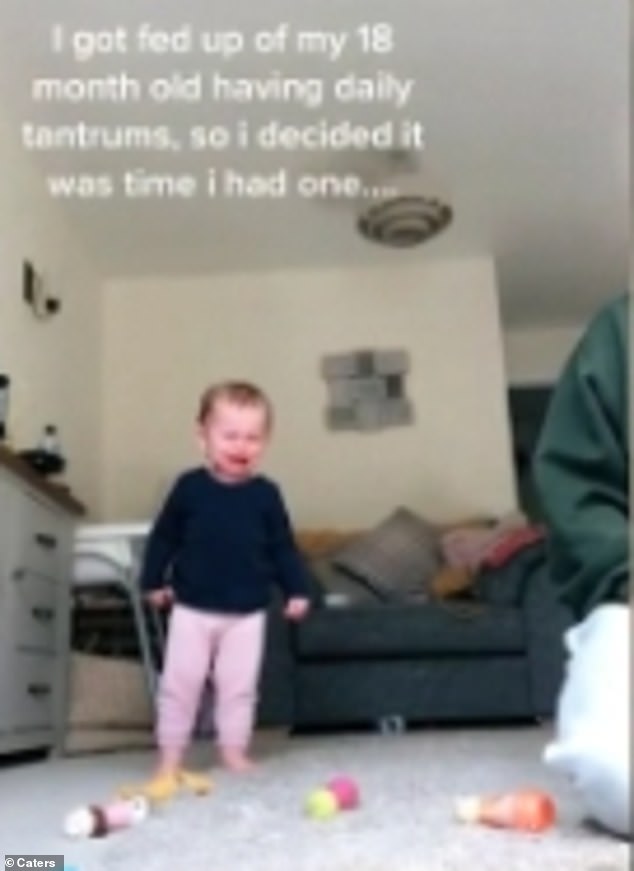 Mother Abi spotted that her daughter was about to throw a tantrum at their home in Salisbury, UK, so decided to do the same

The little girl marches past some toys on the floor, and throws one she is already holding on to the carpet, before starting to cry.

The caption on the video says: ‘I got fed up of my 18 month old having daily tantrums, so I decided it was time I had one….’

The clever mum made sure to get there first by throwing her own hilarious, over-the-top, fake tantrum.

As mother Abi throws herself on the ground and rolls around her little girl stops crying and watches her.

She stares at her mum in confusion as a caption onscreen says: ”Wtf you doing mum”.

Stopping Ava in her tracks, she watches her mum flop on her stomach before beginning to laugh. 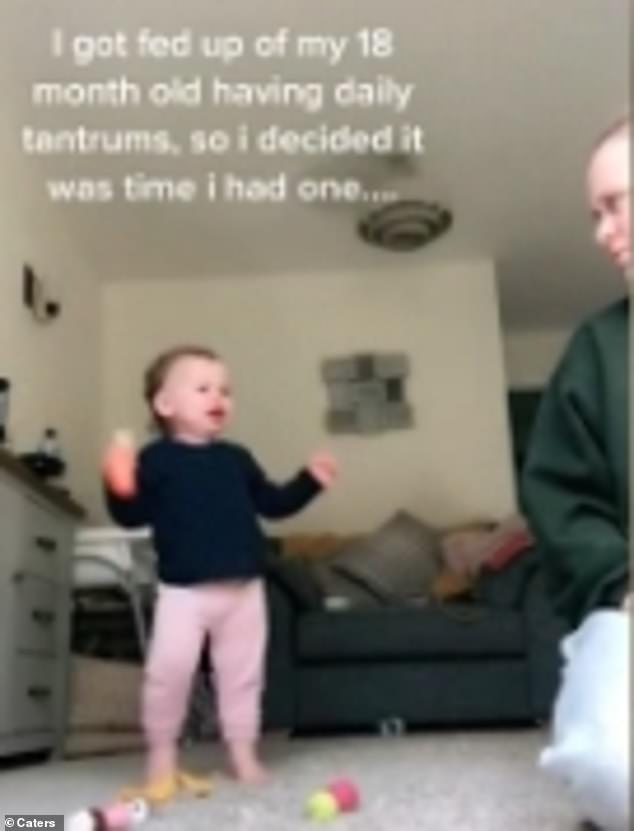 The caption says ‘she found it hilarious’ as the toddler stands laughing at her mother’s dramatic display.

Ms Burden said: ‘Ava had a tantrum so I decided to join in, she stopped crying and started laughing.

‘She was shocked at first but then found it funny.

‘It’s a good distraction, I don’t do it every time and I didn’t expect her to react the way she did.’ 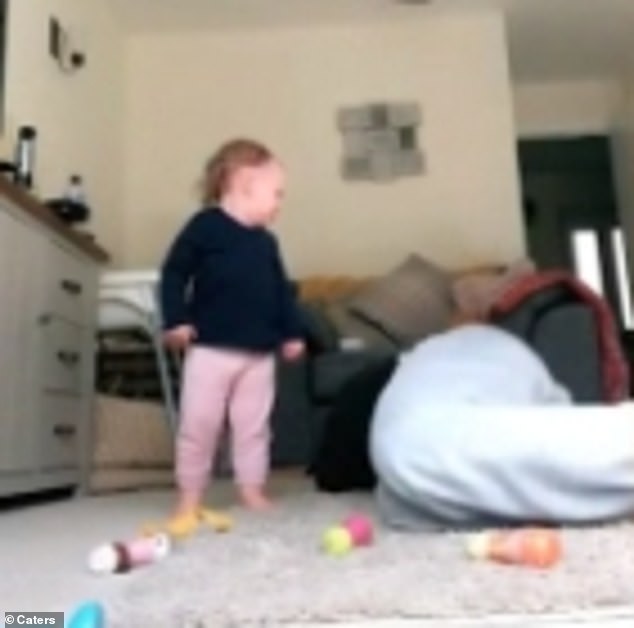 Mother Abi throws herself on the ground and rolls around her little girl stops crying and watches her, laughing at the dramatic display

Lorry driver, 37, killed after crashing into truck that was trying to protect smashed Fiesta on M5 as man, 21, arrested