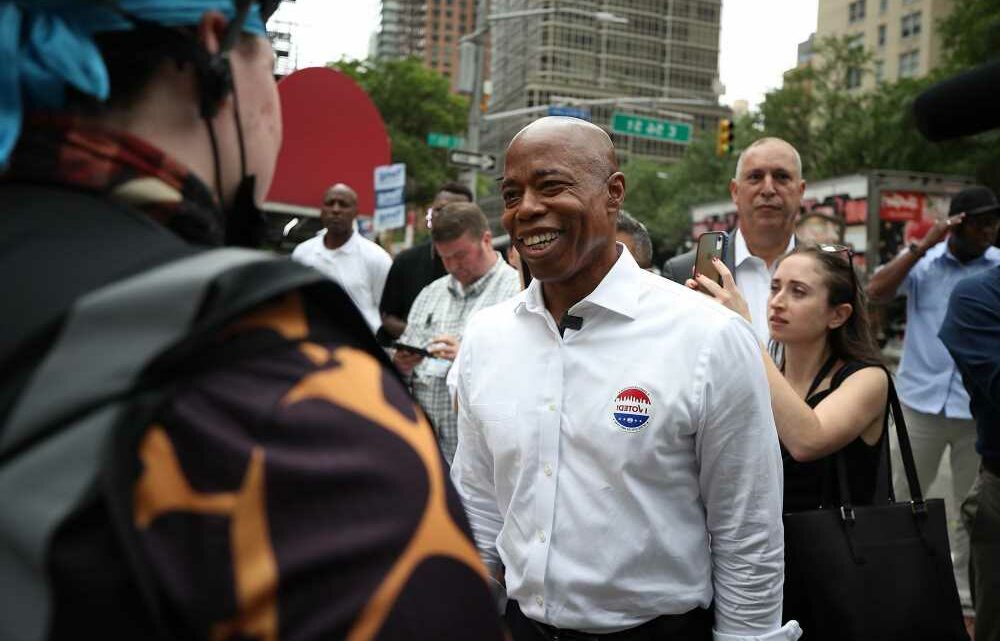 NYC’s next mayor will have to contend with hostile, lefty City Council

Assembly districts that back Brooklyn Borough President Eric Adams have returned more absentee ballots than the districts that backed the other three major Democratic mayoral contenders, an analysis of Board of Elections records shows.

The analysis comes just hours before the BOE is expected Tuesday to reveal the preliminary ranked-choice tabulations for the June 22 primary elections using the ballots cast during early voting and on election day.

The contents of the absentee ballots — which account for more than 13 percent of the total votes cast — will not be known for at least another week.

The City University of New York’s Mapping Service compiled the absentee ballot return tallies by Assembly district for The Post, which then matched them up to the preliminary first-choice voting results.

“If you’re looking for tea leaves, that’s a good one,” said Doug Muzzio, a political science professor at Baruch College-CUNY. “It tells you that I’d rather be Eric Adams than anybody else. But, given the vagaries of the rank-choice voting, you just don’t know.”

Adams currently leads in the preliminary tally of first-choice votes cast during early voting and on primary day, netting 32 percent of the vote — while Wiley won 22 percent and Garcia scored 19 percent.

BOE officials only began removing the absentee ballots from the sealed security envelopes Monday and won’t release preliminary tallies of the absentee results or calculate how they shift the rank-choice voting outcomes until July 6.

Final results and rank-choice tabulations are not expected until July 12.

Today is the last day that absentee ballots have to arrive at a Board of Elections office through the mail, provided they were postmarked by the date of the primary elections, June 22.

'We spend most of our waking lives at work': why workplace equality is key for LGBTQ equality
Technology