THIS is the moment a Tesco customer was spotted covering her dog with anti-bacterial spray amid fears over rising cases of coronavirus.

The woman was videoed disinfecting the pet outside a Tesco Express branch in Stroud, Gloucestershire. 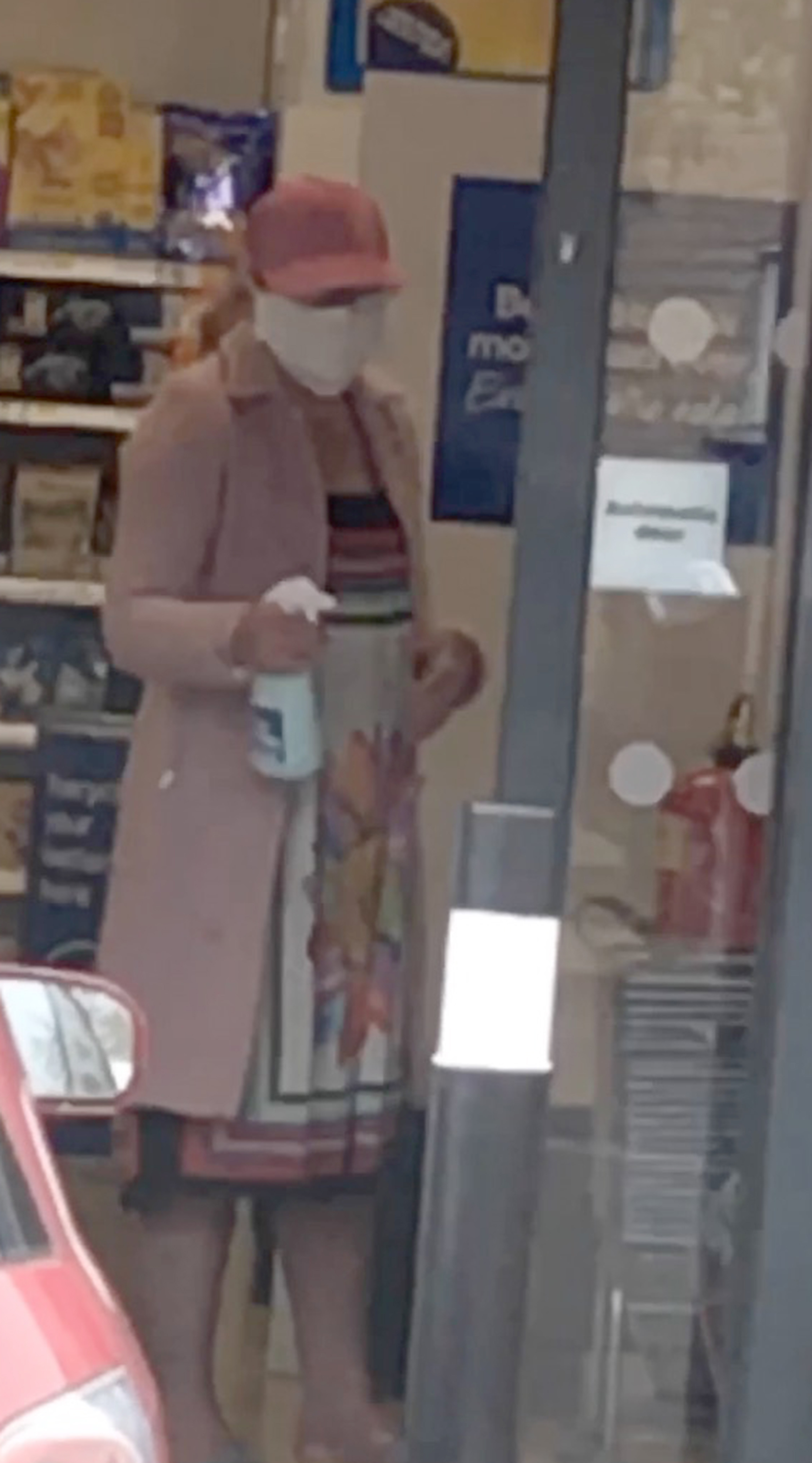 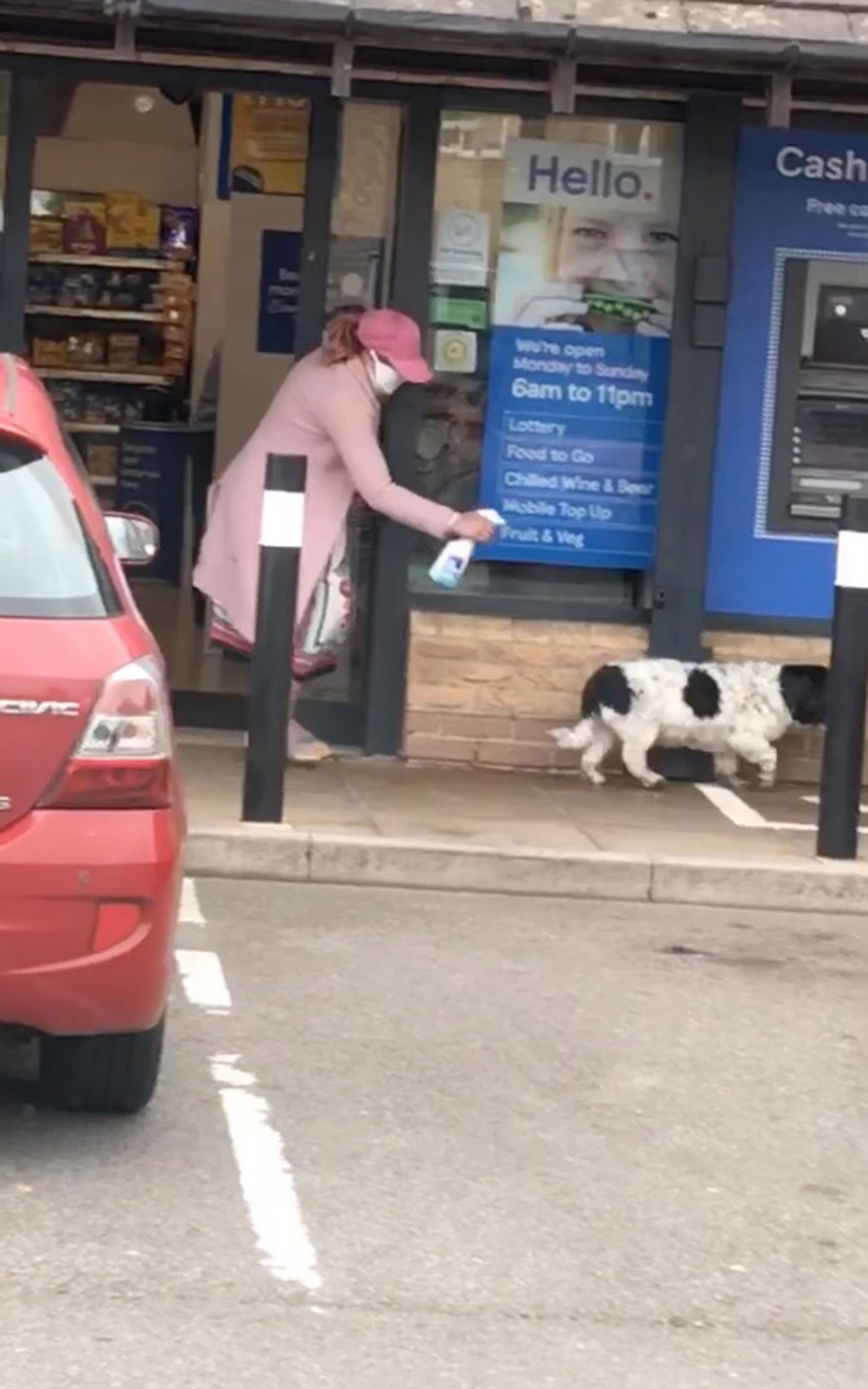 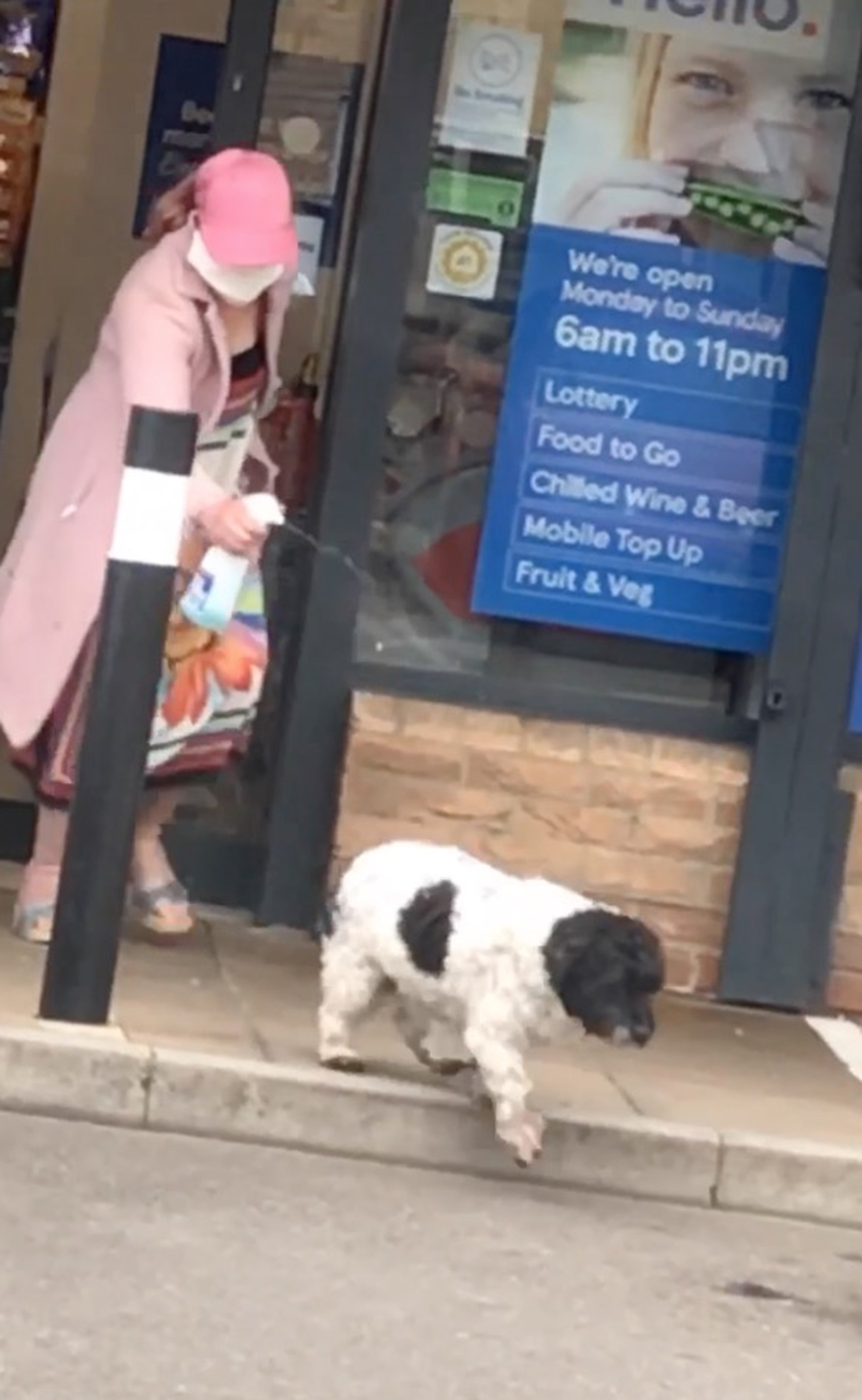 She then sprayed herself during the bizarre incident on Monday afternoon.

The footage was captured by Connah Roberts, 24, a drainage engineer on his lunch break.

He said: “It was a bit of a strange sight.

“She came out the door trying to spray the dog and when the dog ran off, she started spraying her head, legs and feet.

“It was really funny. It was just one of those weird situations.

“I’ve no idea why she thought spraying her dog would make any difference.

“It didn’t even go inside.”

After she had finished disinfecting herself and her dog, Connah says the customer headed back in the shop to finish her grocery shopping.

The pet remained outside the store throughout its owner's visit.

Connah uploaded the video to Facebook, where it has been shared almost 500 times.

He said: “The whole thing lasted less than a minute. 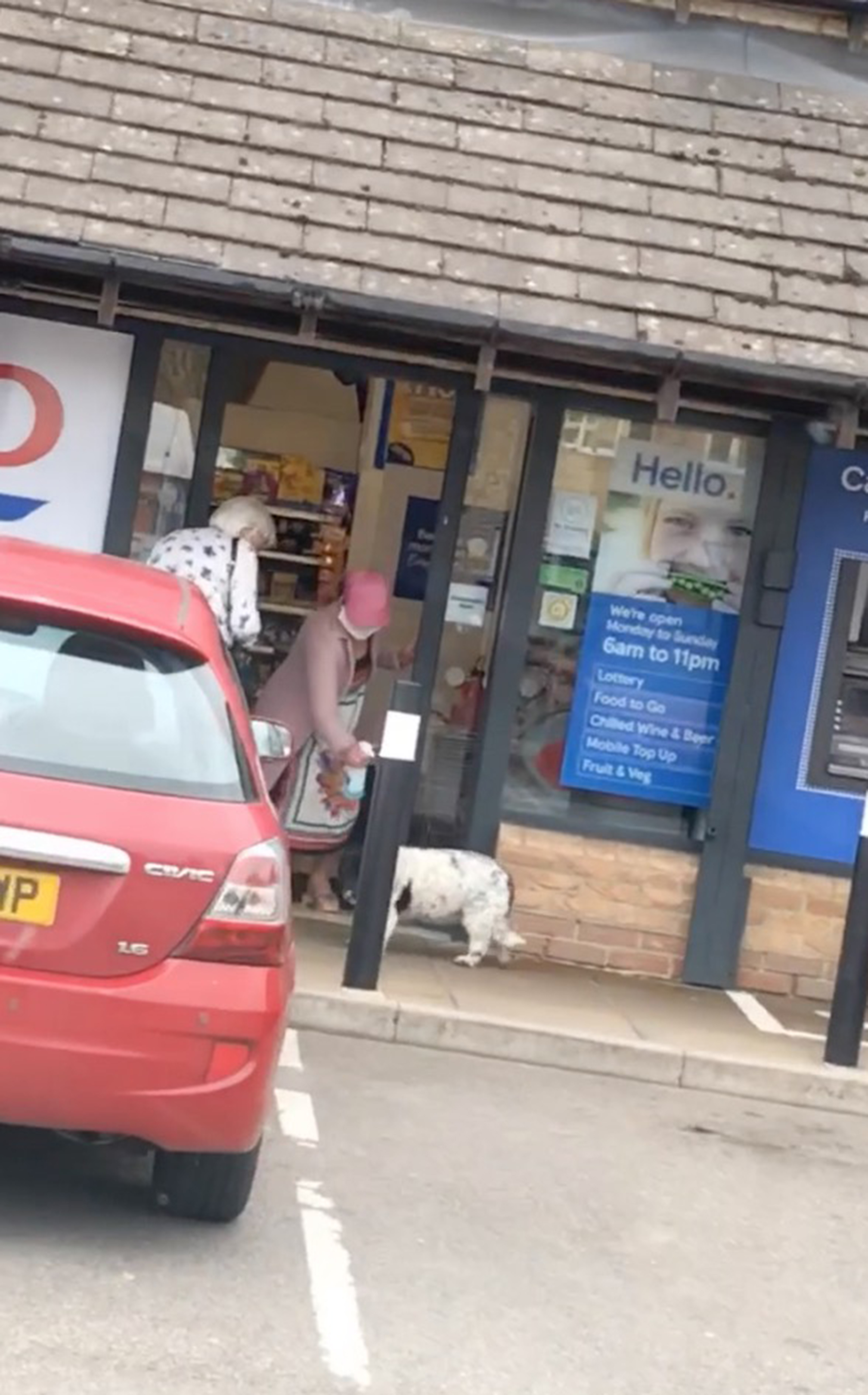 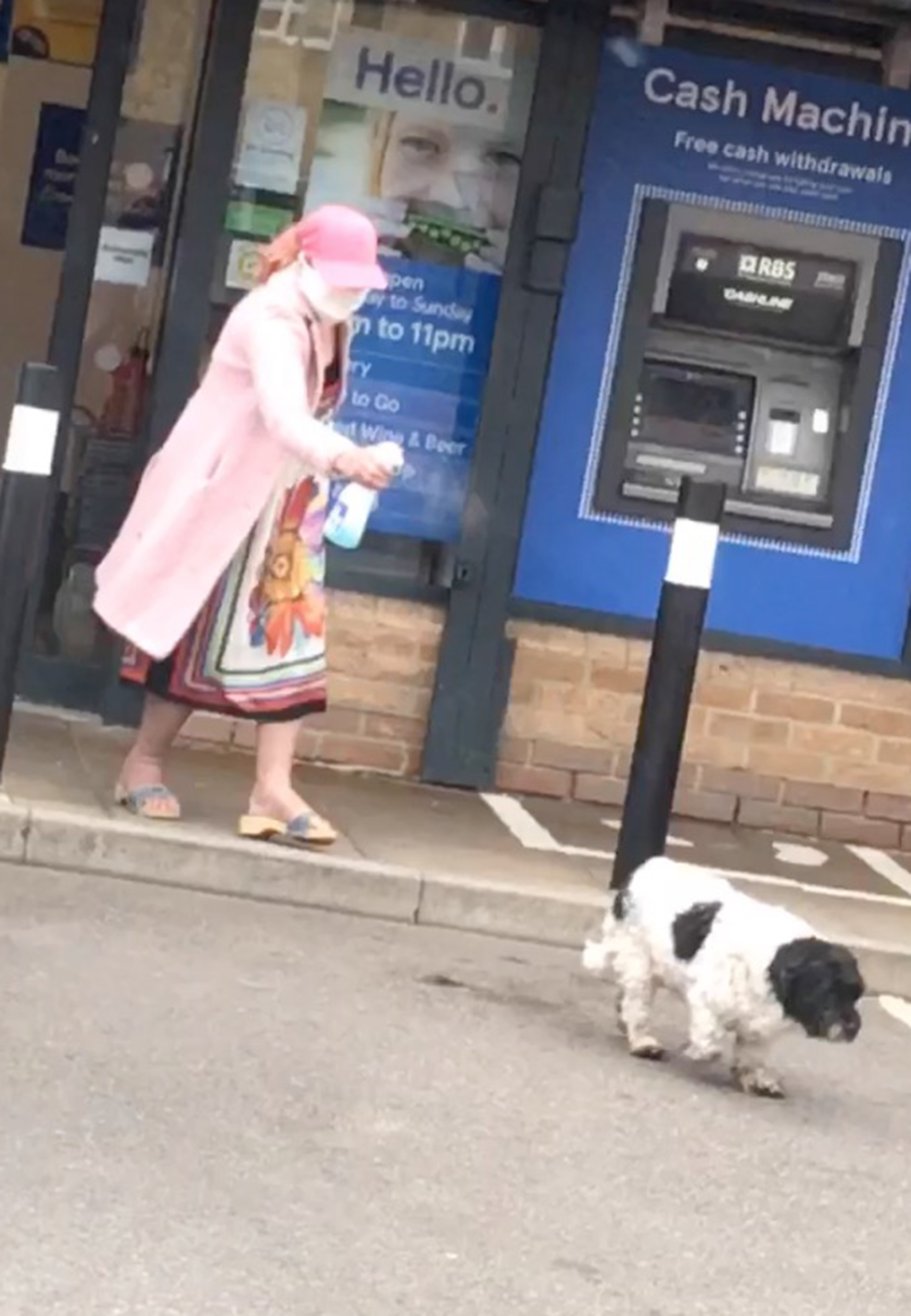 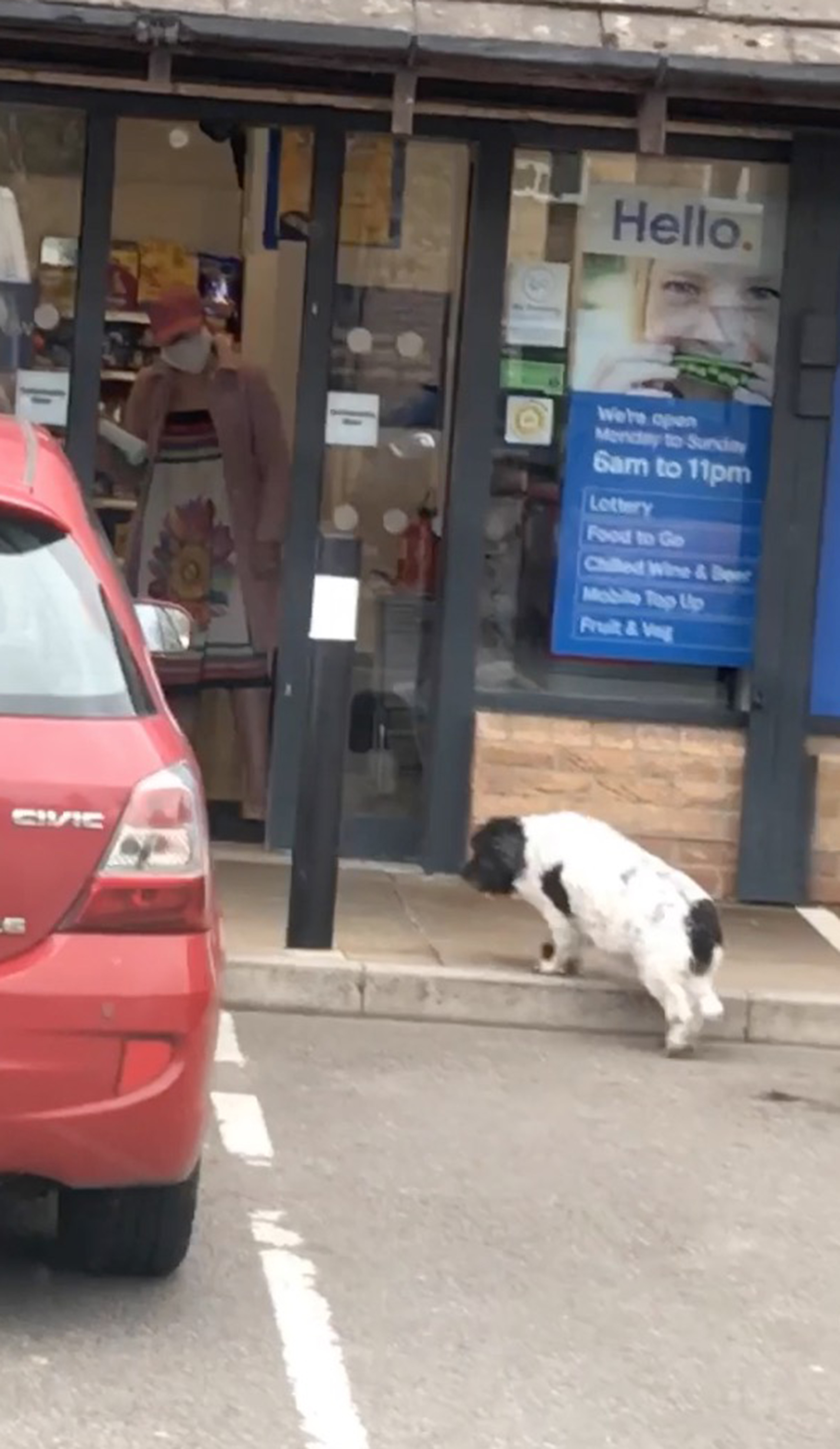 “I’m not sure if anyone else saw it. I couldn’t stop laughing.

“I put the video on SnapChat and had twenty replies from people asking, ‘What the hell is she doing?' It was baffling.”

It comes as Brits begin panic-buying again as cases of the virus rise.

However, some chains have had to ration goods as shoppers buy more than they need.

Tesco and Morrisons have put limits on how much customers can purchase.

One in three Brits are currently living with stricter lockdown rules – even though the crucial R rate is dropping.

A study by Imperial College shows the R rate — how many people each case infects — has fallen from 1.7 to 1.1 in less than a month.

It comes after the “rule of six” took effect nationwide on September 14. 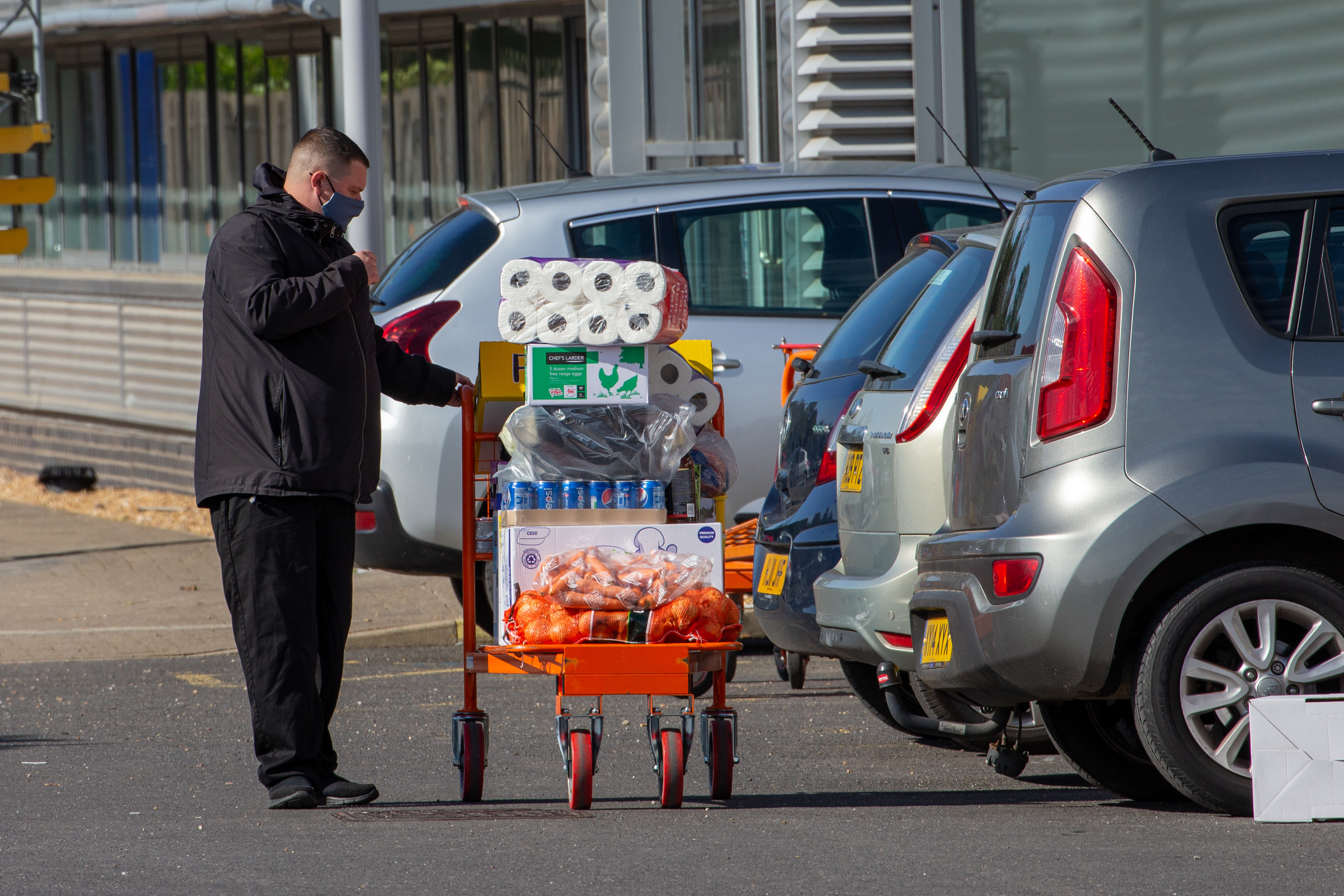 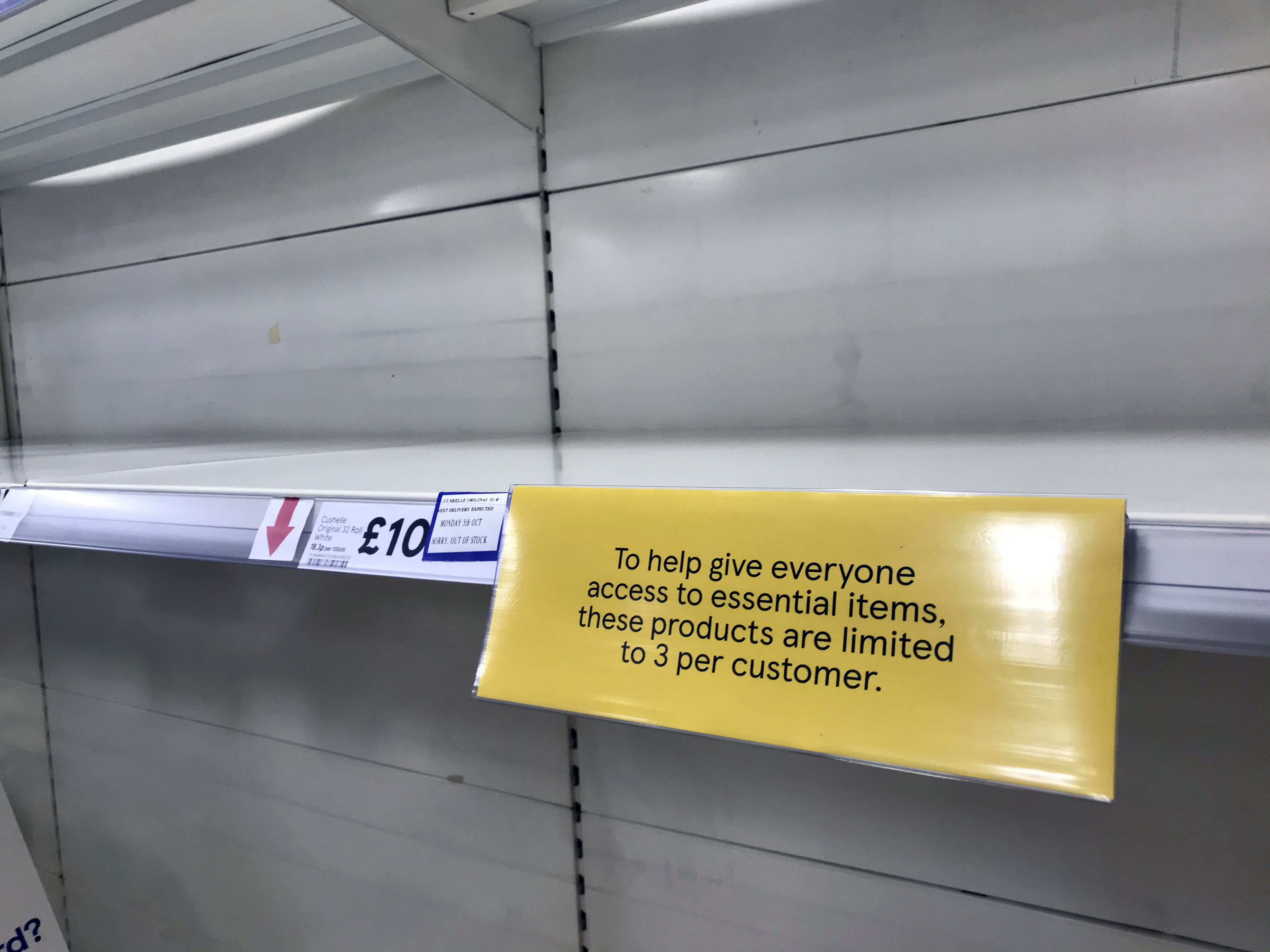