Moment ‘drug dealer’, 21, viciously stabs car passenger, 38, in the chest through open window then knifes him in back when he flees vehicle in bid to escape – as he’s jailed for 10 years

This is the moment a suspected drug dealer plunged a blade through an open car window and viciously stabbed a man in the chest during a daylight knife attack. 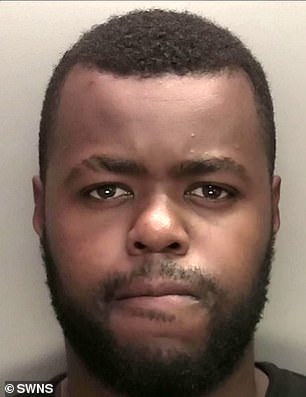 Fabian Nelson-Brown, 21, has been jailed for 10 years at Wolverhampton Crown Court after he carried out a frenzied stabbing attack

Fabian Nelson-Brown, 21, has been jailed for ten years after he pounced on his victim who was passenger in a car that pulled up on a residential street in Wednesfield, Wolverhampton on March 23 this year.

Terrifying CCTV footage captures the moment he reaches into the car window and stabs the 38-year-old man in the chest.

Nelson-Brown can be seen running up to the parked car wearing a jacket with the hood up and repeatedly plunging a knife through the car window.

The 38-year-old passenger was knifed in the chest before he jumped through the car and out of the rear door in a desperate bid to escape.

He then chases the man as he attempts to escape, stabbing him again in the back as he stumbles to the ground. 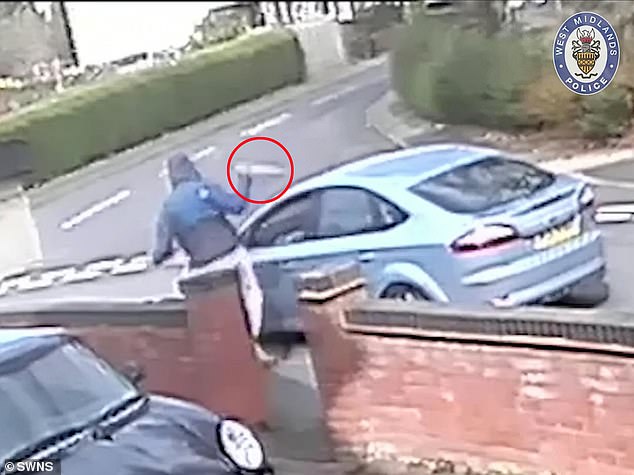 CCTV footage captures the moment he repeatedly plunges a knife through a car window on a residential street in Wednesfield, Wolverhampton on March 23

Two other car passengers can be seen running away from the scene at the junction of Nordley Road and West Avenue in Wednesfield before the injured man jumps back into the car.

The stab victim was taken straight to hospital, where he was treated for three knife wounds, one which had punctured his lung.

Thankfully he has since made a full recovery following the brutal attack. 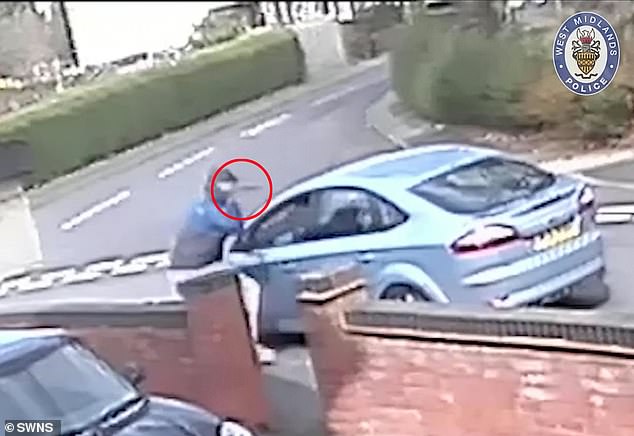 Nelson-Brown, from Thetford Gardens, Wednesfield, made off in a waiting car but was arrested just over a week later, after CCTV and an ID parade identified him.

He was found guilty of wounding following a week-long trial at Wolverhampton Crown Court and jailed for ten years.

Another man, who was driving the car Nelson-Brown escaped in, stood trial alongside him, but was found not guilty by the jury. 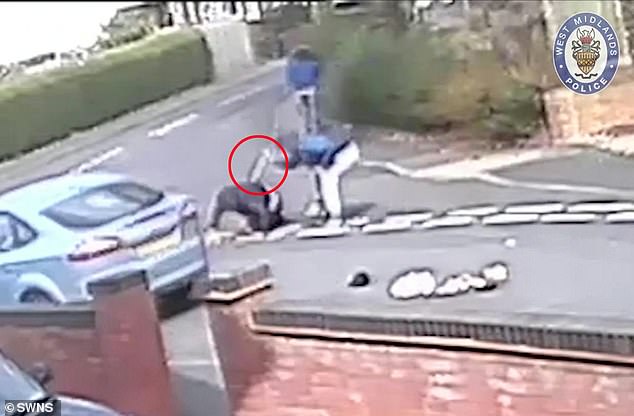 Detective Sergeant Darren Brown, from West Midlands Police CID, said after the case: ‘This was a totally unprovoked and unexpected attack on the victim.

‘He was lucky to escape with his life or at the very least more serious injury.

‘We continue our fight against knife crime across our regions, but convictions like this are only part of the story.

‘We’re working with schools, parents and others to get the message out about the devastating impact violence has on lives.’