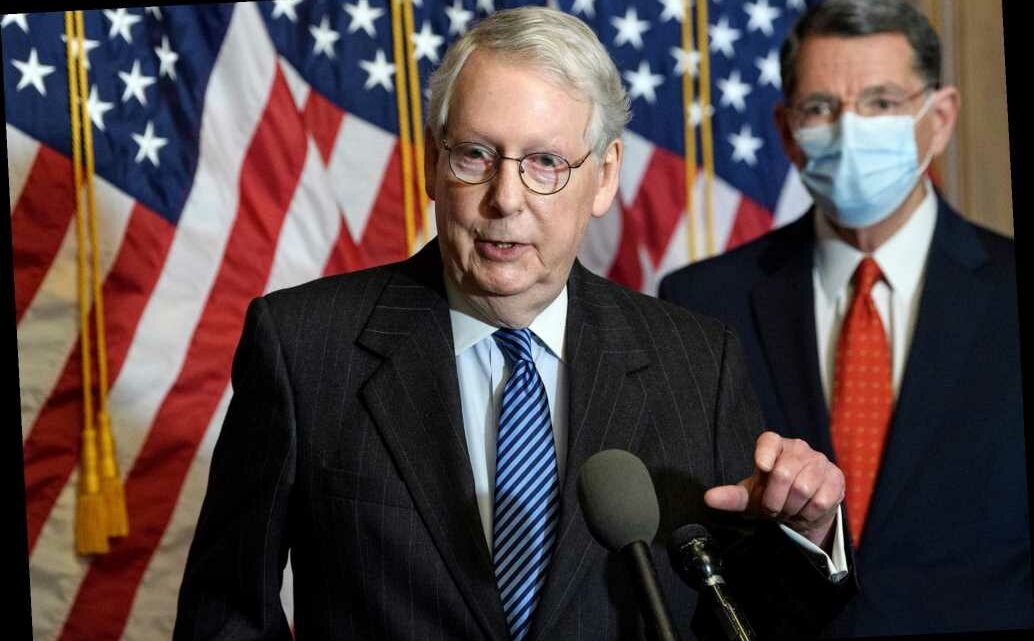 Mitch McConnell slams ‘shocking failures’ of security at US Capitol

McConnell to GOP: You each must make Electoral College decision yourselves

President Trump is set for his last stand: Goodwin

Senate Majority Leader Mitch McConnell said he’s concerned about the “shocking failures” of security at the Capitol, where a mob of President Trump’s supporters was able to break into the premises in an attempt to halt certification of Trump’s re-election defeat.

“The ultimate blame for yesterday lies with the unhinged criminals who broke down doors, trampled our nation’s flag, fought with law enforcement, and tried to disrupt our democracy, and with those who incited them,” said McConnell (R-Ky.).

“But this fact does not and will not preclude our addressing the shocking failures in the Capitol’s security posture and protocols.”

The clashes resulted in four deaths, police say, including the fatal shooting of a Trump supporter.

McConnell said that “yesterday represented a massive failure of institutions, protocols, and planning that are supposed to protect the first branch of our federal government.”

“A painstaking investigation and thorough review must now take place and significant changes must follow. Initial bipartisan discussions have already begun among committees of oversight and congressional leadership,” he said.

McConnell’s wife, Transportation Secretary Elaine Chao, on Thursday became the first Trump cabinet member to resign over the assault by protesters, who pillaged offices, fought police under the Rotunda and posed for selfies in the Senate chamber.

Trump implored thousands of supporters to march on the Capitol, telling them the election had been stolen, before the break-in.

It took hours for order to be restored at the Capitol as hundreds of officers from federal agencies and regional police departments flooded into the building through underground tunnels.

“I salute and applaud those front-line US Capitol Police officers who stood bravely in harm’s way during yesterday’s failed insurrection,” McConnell said.

“We are praying today for those who sustained injuries, some serious, in the line of duty. Congress is also deeply grateful to the local officers from DC, Virginia, and Maryland, the federal law enforcement personnel, the National Guard, and all the other professionals who deployed to help subdue the criminals and retake the Capitol.”

I Stayed Up Past Midnight to Watch Mike Pence Eat Shit, and It Was Beautiful
Technology