Wealthy homeowners in Sandbanks are furious after dozens of parking spaces were replaced by a new cycle lane to encourage more people to visit the millionaires’ enclave by bike.

The authorities have installed the new bike path on a 700ft stretch of the only road leading into and out of the exclusive peninsula in Poole Harbour, Dorset.

In doing so they have sacrificed 43 spaces parked in by visitors and watersports enthusiasts who use the harbour.

The move has outraged many of the well-heeled locals who fear the eco-friendly move will lead to traffic and parking chaos. 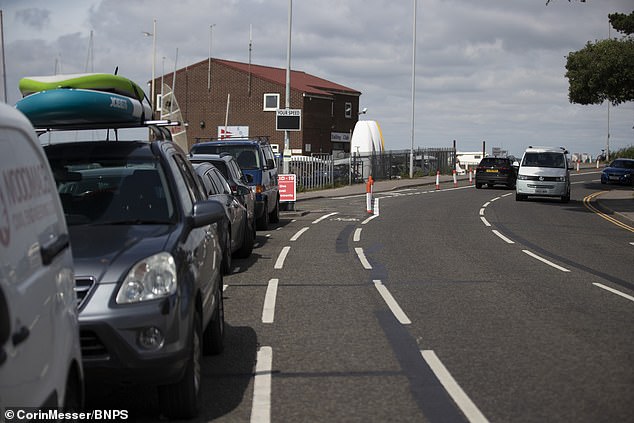 The main car park for Sandbanks beach has 532 spaces and these are usually taken by lunchtime in the summer.

When that happens motorists resort to parking along the main road.

However, residents are concerned that cars will now illegally park on double yellow lines, on pavements and across the driveways of some of the multi-million pound homes.

Sandbanks resident David Morley said: ‘There is a lot off ill-feeling from local residents who think this scheme was rushed through without any consultation.

‘There are worries it will divert parking actually onto Sandbanks where there isn’t the capacity.

‘The spaces that have been lost are particularly used by water sport enthusiasts and their access has now been taken away.

‘They will look to park elsewhere on Sandbanks which will have knock-on effects for other people looking for a parking space.

‘A lot of people are understandably strongly opposed to this.’

Resident Stephen Allen added: ‘I think it’s an absolute outrage that they’ve taken away these spaces – and I’m a keen cyclist myself. 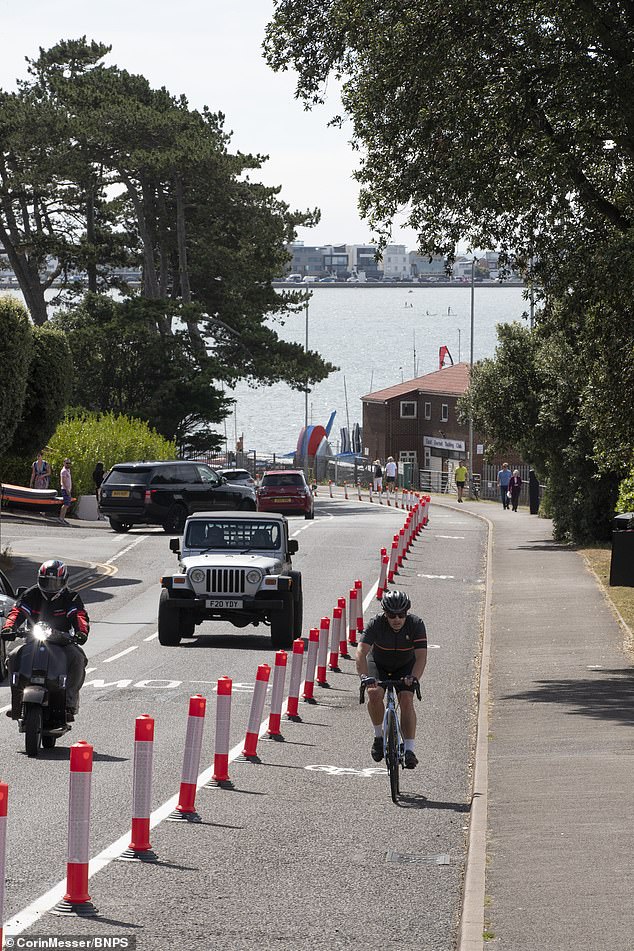 The authorities have installed the new bike path on a 700ft stretch of the only road leading into and out of the exclusive peninsula in Poole Harbour, Dorset

‘Those spots were actually used by a lot of old folk to access the front and now they don’t have that option.

Sandbanks is the most expensive area in the country to live, with the average price of a property well over £1m.

It is home to the 2019 I’m a Celebrity winer Harry Redknapp as well as fellow former football manager Graeme Souness.

The new cycle lane runs alongside Evening Hill which has stunning elevated views of Poole Harbour.

Another reason for the dedicated path is due to safety concerns over cyclists who ‘wobble’ into the road when they peddle up the hill.

Guy Cribb, a former national windsurfing champion who lives in nearby Poole, said: ‘The car parking at Evening Hill is primarily used for water sports activity, since this is the best public access to Poole Harbour for windsurfing and Stand Up Paddleboards.

‘It is also used by locals to visit the beauty spot and benefit from the picnic tables and benches with one of the greatest views of the harbour. 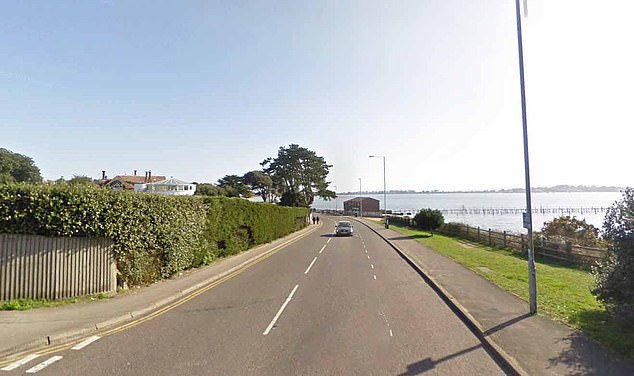 The main car park for Sandbanks beach has 532 spaces and these are usually taken by lunchtime in the summer. When that happens motorists resort to parking along the main road

‘Not everyone is able to cycle there though, and although I’d encourage outdoor activity, many people enjoy evenings with family and friends here and indeed, for disabled people, this is one of the best local beauty spots due its easy direct access.

‘By removing this car parking, and therefore removing access for water sports enthusiasts, limiting use of the public slipway, discriminating against people unable to visit by bicycle.’

Despite the criticism, the local council is adamant the decision to install the cycle lane is the right one.

Andy Hadley, portfolio holder for transport and infrastructure at BCP Council, said: ‘The seafront, including Sandbanks, is a key destination and due to its popularity, this route can become very congested during peak periods.

‘The new protected cycle lane will help users cycle safely on a key section of this busy road, and hopefully encourage more visitors and residents to use their bikes to travel to and from the beach, as well as along the coast..’