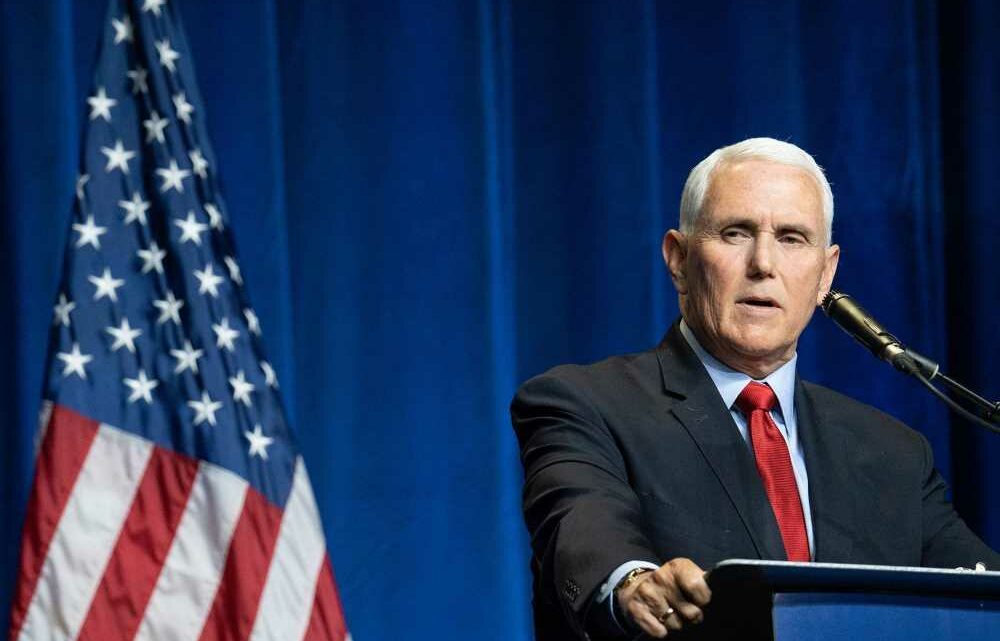 Former Vice President Mike Pence is taking President Biden to task over his handling of the escalating conflict between Israel and Hamas — blasting the commander-in-chief’s foreign policy “weakness” as the reason for the violence.

The ex-VP offered the scathing criticism in an op-ed published Monday evening by the National Review, highlighting how “[t]he Trump-Pence administration opened the door to a future of peace in the Middle East founded on our strong and unwavering commitment to the state of Israel.”

Pence wrote that Biden and Democrats’ lackluster support for Israel “emboldened our enemies” in the region, adding that ambiguity has left other nations with the view that the US may not react to violence against the Jewish state.

“Other nations knew where America stood with absolute certainty,” he said, “They knew America would respond forcefully if our citizens or allies were threatened. As a result, they responded rationally by pursuing peace and harmony.”

“But now, President Biden has sent the world a profoundly different message. Instead of seeking peace through strength, he has invited violence through weakness.”

The former vice president went on to slam Biden for restoring over $200 million in aid to the Palestinians, taking the Iran-backed Houthis off the designated terror group list and trying to rejoin the Iran nuclear deal.

He then turned his ire toward Hamas, noting why he disagreed so strongly with any comparison between the terrorist group and the sole democracy existing in the Middle East.

“Every tepid statement uttered by the Biden-Harris administration is built on a false equivalency between Israel and Hamas,” Pence explained, “One is a sovereign nation with a legitimate government, and a trusted ally. The other is an internationally recognized terrorist organization that has fired more than 3,000 rockets at Jewish families and businesses in the past week.”

“President Biden and every American leader should uphold Israel’s right to self-defense and condemn the terrorists of Hamas — as well as their supporters and apologists — in the strongest possible terms,” he continued, noting that there was “no moral equivalency” between the two.

Israel’s Iron Dome defense system was activated later that night, with the streaks of multiple interceptor missiles lighting up the skies over the area.

The heavy bombardment came after an Israeli strike earlier that evening that leveled a high-rise building in Gaza that housed the offices of several top Hamas officials. That strike had come in retaliation for earlier Hamas aggression.

Both sides had been firing at each other throughout the day, in some of the worst fighting between Israel and the terror group since their 2014 war.

In the week since, Israel has deployed ground troops around the Gaza Strip and both sides have continued firing hundreds of rockets.

A total of 212 Palestinians have been killed so far in Gaza.

In Israel, 11 people — including one child and one soldier — have been killed as a result of the unrest.

At least 1,230 people have been wounded, and 38,000 Palestinians have been displaced.

Supreme Court could cut into Biden agenda: The Note