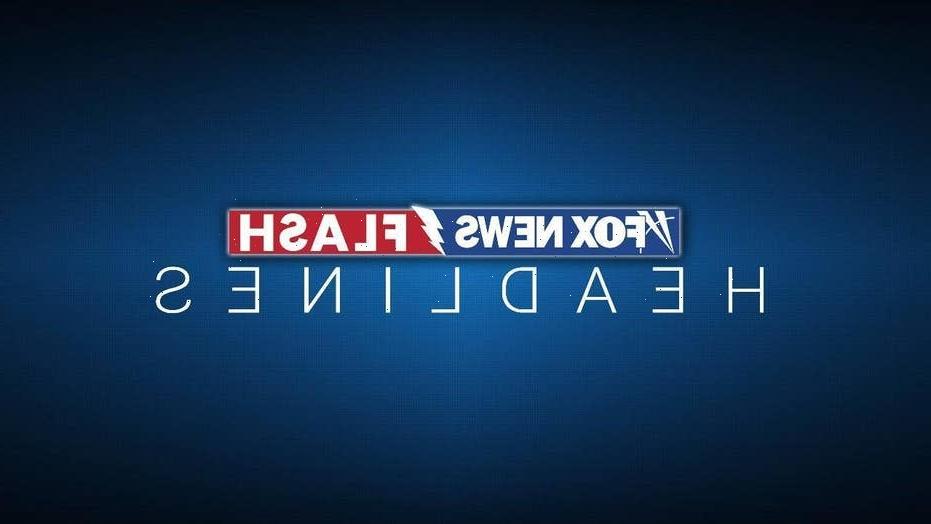 After a second mass shooting in the Miami-area left at least two dead and an estimated 20-25 others wounded, Miami Police Chief Art Acevedo argued Sunday that rising gun violence must be met with serious prison time for those prohibited from possessing firearms – while “firearms belong in the hands of law-abiding Americans.”

“All of us in the greater Miami-Dade area must stand together against acts of violence, and our criminal justice system must throw the book at prohibited persons unlawfully caught with firearms, Acevedo tweeted. He said most of these “cowardly misfits” don’t fear death, but do fear long prison sentences.

The Miami Dade Police Department announced a $100,000 reward for information that leads to an arrest or conviction in the shooting that happened around 12:30 a.m. at a scheduled event at a banquet hall in on 186th Street in the Hialeah area to the west of Miami Gardens. The reward was provided by Camping World CEO and TV personality Marcus Lemonis to help authorities in his hometown.

Police say several patrons were standing outside an establishment hosting a “scheduled event” when an SUV approached the front of the business, three suspects exited the vehicle and began “shooting indiscriminately at the crowd.” The suspects then got back into the SUV and fled.

“This is second mass shooting event in our region this weekend. If we don’t fully mobilize as a society against it, it will get worse before it gets better,” Acevedo continued on Twitter.

“Firearms belong in the hands of law-abiding Americans,” he wrote. “You disrupt and prevent these cowardly acts of gun violence by giving serious prison time to those prohibited from possessing firearms — significant prison time when they are caught with in possession and any time someone uses a firearm during the commission of a crime.”

Miami Dade Police director Alfredo “Freddy” Ramirez III said he arrived at the scene of “another targeted and cowardly act of gun violence” where more than 20 victims were shot and two died.

“These are cold blooded murderers that shot indiscriminately into a crowd and we will seek justice,” he wrote. “My deepest condolences to the family of the victims.”

WTVJ reported that is happened outside a release party for a local rap artist at El Mula banquet hall.

The Miami-Dade Police Department’s homicide bureau is investigating the mass shooting. Miami-Dade Fire Rescue initially responded and determined two victims were deceased on scene and transported eight others to various hospitals in Miami-Dade and Broward counties. 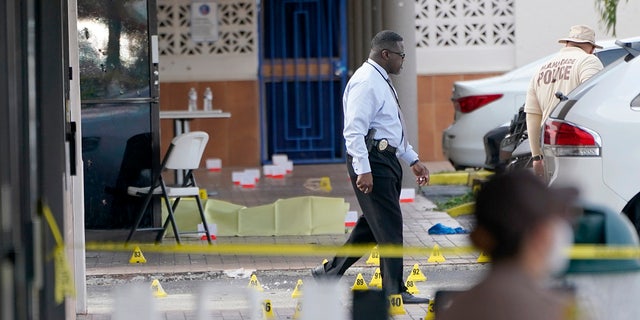 Law enforcement officials work the scene of a shooting outside a banquet hall near Hialeah, Fla., Sunday, May 30, 2021. Two people died and an estimated 20 to 25 people were injured in a shooting outside a banquet hall in South Florida, police said. The gunfire erupted early Sunday at the El Mula Banquet Hall in northwest Miami-Dade County, near Hialeah, police told news outlets. (AP Photo/Lynne Sladky)
(AP)

More than 12 other victims were brought by others to various hospitals. Officials say that as many as 25 could have been hurt, as numbers fluctuate. Police said at least one was in critical condition. The deceased victims were not initially identified by authorities.

Also speaking Sunday during an appearance on CBS’ “Face the Nation,” Acevedo argued that members of Congress “need to come out of their own corners the left and the right and come to the middle where most Americans are” in addressing the rise in gun violence seen across the nation.

“We need to have universal background checks, we need to make burglarizing these licensed gun stores a federal crime with mandatory sentencing, and we need the federal government and both sides to address this issue because without legislation,” Acevedo said. “Without certainty as it relates to holding these criminals accountable, we’re never going to get through this summer with much more death and destruction.”

Acevedo, also president of the Major Cities Chiefs Association, said that the criminal court system in the U.S. is “absolutely at a standstill” and is not moving cases, leaving “thousands of felons running around and cases languishing three to five to six years before they even go to court.”

“We have go to get our system back on track,” he added.

A year after the death of George Floyd in Minneapolis, the George Floyd Justice in Policing Act has so far come to a standstill in the Senate, and Acevedo said his major cities group has put forward some thoughtful positions for lawmakers to consider in creating federal police reform.

“My worry is as we continue to talk about defunding the police, instead of making the police better and investing in good policing, on the right, we’re talking about more guns for everybody,” Acevedo said. “And it is going to be a long summer.”

“This is another despicable, cold-blooded act that resulted in two people dead and nearly 25 injured,” Miami-Dade Mayor Daniella Levine Cava tweeted about the latest shooting. “My heart breaks for the families of the victims of the mass shootings this weekend. We will do everything we can to bring the shooters to justice & turn the tide on this violence.”

Cava added that “we must create alternate pathways for at-risk youth and we must build safer, more prosperous neighborhoods to stem the tide of violence.”

“We mourn the loss of the two victims and are praying for the recovery of the more than 20 people injured at El Mula Banquet Hall near Hialeah,” Florida Gov. Ron DeSantis tweeted. “We are working with local authorities to bring justice to the perpetrators. Justice needs to be swift & severe!”

The incident was the second shooting in the Miami-area this weekend. On Friday night, one person was fatally shot and another six were wounded in a drive by shooting on a street outside a rented party space in the Miami area of Wynwood, the Miami Herald reported.

At least 200 mass shootings happened across the U.S. in the first 132 days of 2021, according to Gun Violence Archive, a nonprofit research organization.

Boris Johnson and Carrie Symonds DID get married, No10 confirms
Technology