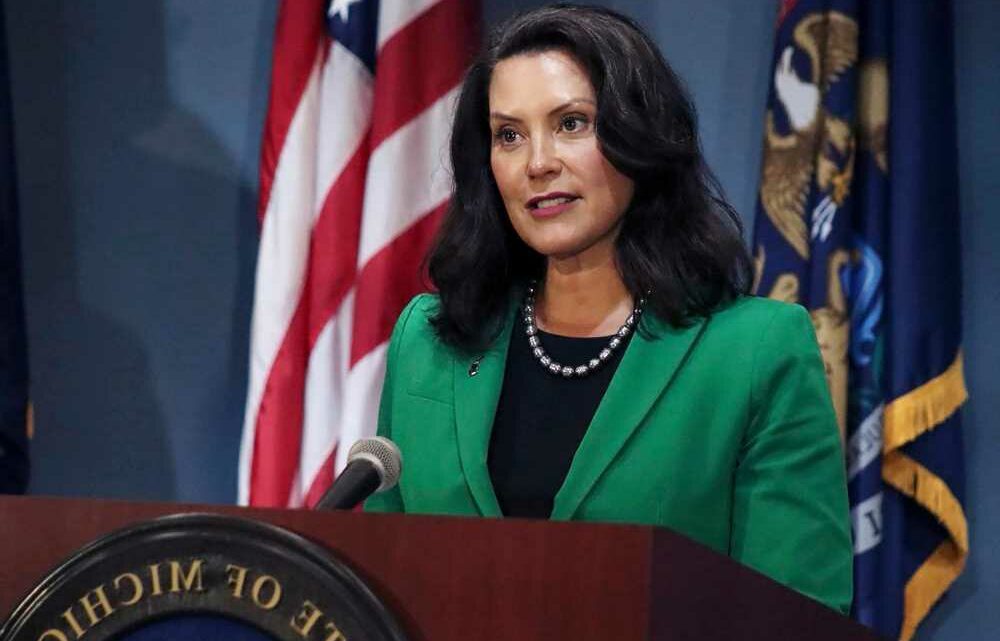 The men accused of plotting to kidnap Michigan Gov. Gretchen Whitmer last September claim they were set up by the FBI because of their conservative political views.

There were at least 12 FBI informants involved in the investigation to thwart the alleged scheme by a militia group known as the “Wolverine Watchmen” — but the agents actually took an active part in it right from its inception, according to court filings, evidence and dozens of interviews reviewed by BuzzFeed News — and now some members of the group are accusing the feds of entrapment.

One informant from Wisconsin allegedly helped organize meetings where the first inklings of the plot surfaced, even paying for hotel rooms and food to entice people to attend, Buzzfeed News reported.

Another undercover agent allegedly advised the group on how to blow up a bridge to aid their getaway — and promised to supply them with explosives.

An FBI informant, who is an Iraq War veteran, eventually rose to become second in command of the group, the report said.

According to BuzzFeed News, lawyers for the men allege that the informants and the undercover agents gained the confidence of the defendants, stirred their anger at Whitmer and encouraged them to conspire in the plot, even going as far as steering the conversation away from other subjects to how to carry out the kidnapping.

The Iraq vet, they said, even taught them military tactics to use in the operation.

The defendants charged in the plot also claim the talk of kidnapping Whitmer because she instituted strict coronavirus guidelines was just that — talk.

While they acknowledge attending training sessions with combat-style rifles and communicating with each other about their frustrations with Whitmer, they say there was no conspiracy to do harm to the governor.

The men allege the government set out to sabotage their militia movement that is based on the sanctity of the Second Amendment and their belief the government by violating the Constitution is no longer legitimate.

They also claim that the recordings and text messages collected by government prosecutors as evidence are violations of their First Amendment right to free speech.

But the federal prosecutors say they have amassed thousands of social media postings, more than 400,000 text messages, hundreds of hours of audio and visual recordings that show the men were purposely moving toward the objective of kidnapping Whitmer.

In all, 14 people have been charged by federal and state prosecutors in the plot, and their cases are working their way through court systems.

The defendants face an assortment of charges from conspiracy to commit kidnapping to domestic terrorism to weapons of mass destruction charges.

The mass destruction charges involve wanting to blow up a bridge near Whitmer’s home using explosives.

One man, Ty Garbin, pleaded guilty in federal court last month and said he would “fully cooperate” with prosecutors in return for leniency. He faces life in prison.

6 Considerations When Choosing A Trading Platform For Crypto Beginners