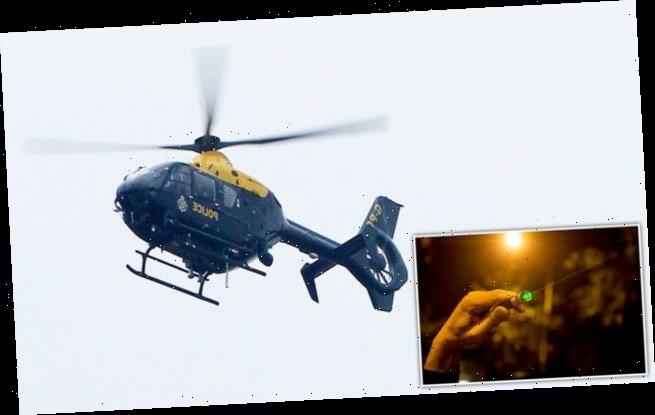 Man, 39, who shone laser pen at police helicopter and temporarily blinded the pilot ‘because he thought it was a UFO’ is jailed for six months

An ‘idiot’ who shone a laser at a police helicopter carrying out a search for a missing person and claimed he mistook it for an alien ship has been jailed.

Benjamin Fort, 39, temporarily blinded the pilot after directing the beam into the cockpit in a ‘prolonged and deliberate manner’, Bradford Crown Court heard.

Fort claimed he was using the beam to hunt rabbits but had previously told the court he was aiming it at a UFO.

The pilot recovered his vision and was able to safely land the helicopter.

Police later located Fort at his flat in Keighley, West Yorks, where he was arrested and his laser pen was recovered. 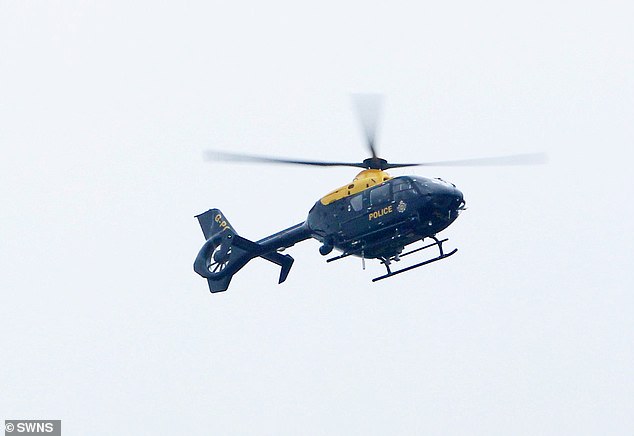 Benjamin Fort, 39, shone a laser pen towards a police helicopter, claiming he thought it was a UFO (stock picture)

Paul Canfield, prosecuting, said: ‘He said he did not think he would get near the helicopter as it was a cheap laser pen.’

In mitigation, the court heard Fort was deeply sorry to the two people on board the helicopter if he had placed them at risk.

Fort was jailed for six months.

During his sentencing remarks, Judge Jonathan Rose told Fort he was an ‘idiot’ and had potentially put the lives of the two men in the helicopter in danger as well as those living below. 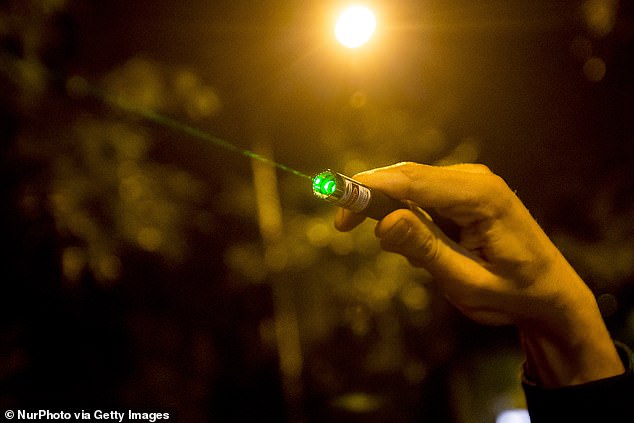 Fort claimed he was looking for rabbits but earlier said he thought the helicopter was a UFO, the court heard

Judge Rose said: ‘You said you were hunting rabbits. That was a complete and utter lie. It was a lie, so you changed it on the last occasion.

‘You thought what was flying overhead was a UFO. That was a lie too.

‘The reality is there could never be any justification for what you did.

‘It is quite obvious that blinding a pilot brings an automatic reflex for them to close their eyes.

‘At that point, the life of the pilot and anyone onboard, in this case a serving police officer, is put in jeopardy.

‘Thankfully, nobody was injured or mercifully, lost their lives.’

Four Decades After Reagan And Kemp, CPAC Finishes Its Transformation to Trump-PAC