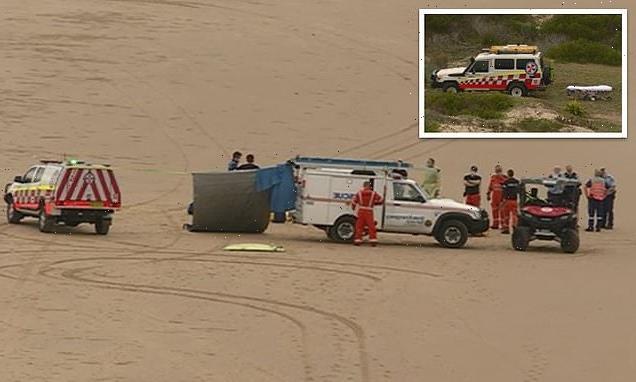 A man has been mauled to death by a shark that tore off his arm and left him bleeding on a beach.

Four crews of paramedics desperately tried to save the man in his 20s after he was attacked off Emerald Beach in Coffs Harbour, NSW, at about 10.45am on Sunday.

The man had his arm bitten off and suffered large lacerations to his back. 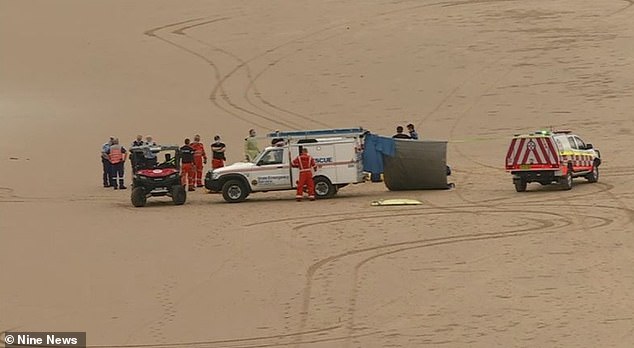 A man in his 30s has has died after being bitten by a shark on Emerald Beach in Coffs Harbour (pictured, Emerald Beach)

‘It was a devastating for everybody on the beach this morning,’ NSW Ambulance Inspector Chris Wilson said.

‘A number of local surfers and bystanders came to the aid of this man, they were incredibly brave in a very challenging situation.

‘The Westpac Rescue Helicopter winched in a critical care medical team onto the beach to continue treatment.

‘The patient suffered a critical injury to his arm, but despite the best efforts of bystanders, paramedics and other emergency services, the patient couldn’t be revived.’