A man has been extradited from Western Australia after failing to appear in court in relation to a series of arson attacks involving jumping castles.

The man was charged in 2017 with eight counts of arson and three counts of attempted arson as part of an investigation into a series of fires involving jumping castles, temporary inflatable structures typically rented for functions and used for recreational purposes. 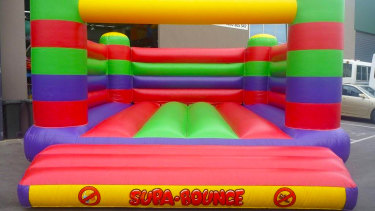 The man has been wanted in Victoria since 2018 after he failed to appear in court and a warrant was issued for his arrest.

The 55-year-old was arrested in Perth in August by West Australian and Australian Federal Police as part of a separate investigation.

Police had previously tried and failed in a number of public appeals to locate the man.

He was expected to face Melbourne Magistrates' Court on Thursday evening upon his return to Victoria.