Man caught SPITTING on leaflets before posting them in grim video

THIS is the moment a man was caught spitting on a bundle of leaflets before posting them through somebody's letterbox.

Video footage shows the man preparing his package of saliva outside a house in Sutton, Greater London, on Thursday. 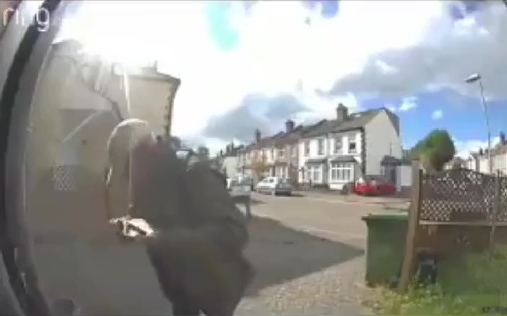 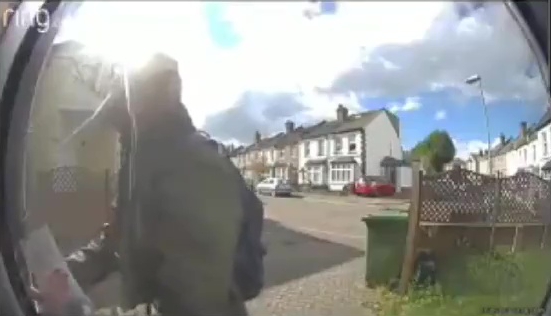 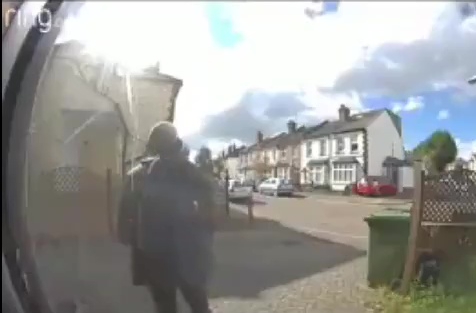 The man, who is wearing a white cap and dark jacket, waits for a moment before he takes an item from his pocket and spits into it generously.

He goes onto seal the package before fumbling for a moment with the other leaflets in his hands.

A few seconds later, he posts what appears to be the spit-drenched item through the door.

The man then turns away and walks off.

It comes after an Amazon delivery driver was caught urinating outside a family's house last month – before carrying on posting parcels without sanitising his hands.

The driver, who carried parcels bearing the Amazon logo, hopped out of his car, pulled down his trousers and started to urinate outside the home in Portsmouth.

He then picked up his packages and continued to deliver as normal.

Other grim footage this year shows a delivery driver spitting on a self-isolating customer’s driveway while delivering a package.

Corinne Howart, 57, from Birmingham, accused Hermes – who apparently delivered the parcel – of “giving her a death sentence” as she later reviewed her home's CCTV footage.

Another delivery driver was caught licking his fingers in May before wiping his saliva on railings and lampposts during lockdown.