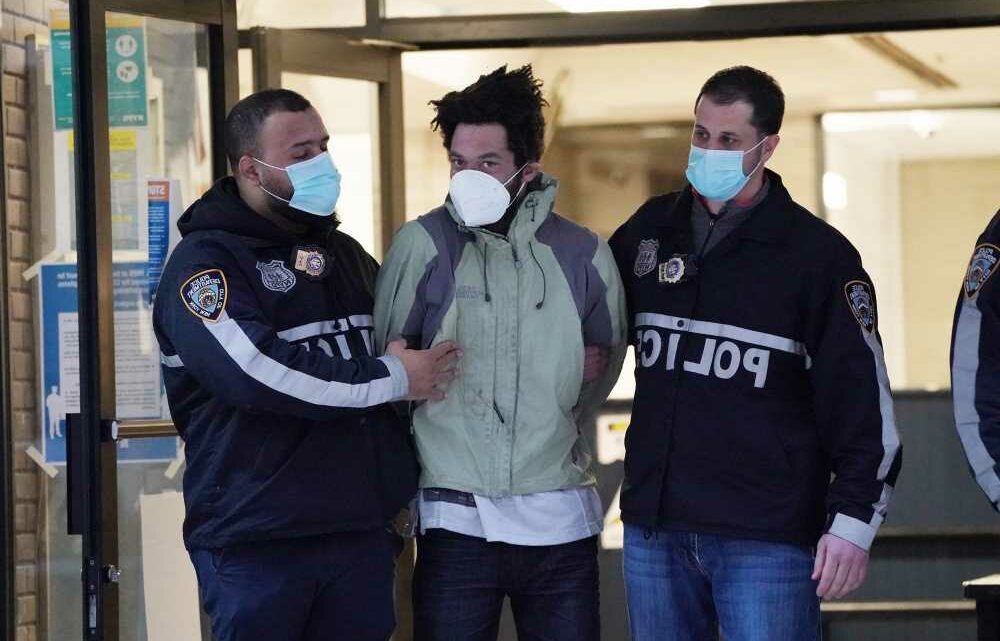 Asians want action against violence — not more rhetoric on racism

‘If you’re not Bruce Lee, then f–k off’: Asian man elbowed in chest at NYC subway station in hateful attack

An ex-con arrested for spewing anti-Asian threats at an undercover NYPD cop was back on the streets Saturday thanks to last year’s bail reform law.

Juvian Rodriguez, 35, was released on his own recognizance at 1 a.m., following his Manhattan Criminal Court arraignment on a misdemeanor harassment charge that alleges he targeted the undercover Asian cop based on race.

Attacks that cause no injury are exempt from bail in New York state even if the victims were targeted for their race, gender, religion, disability or sexual orientation.

Rodriguez faces up to a year in jail on that top harassment charge, plus a misdemeanor drug charge for a crack pipe allegedly recovered from his fanny pack, the criminal complaint against him alleges.

He will meanwhile be monitored by a court-ordered supervised release program.

Rodriguez had the tables turned on him Friday in Midtown when the alleged target of his venom turned out to be an undercover NYPD cop, police said.

The undercover was patrolling at 32nd Street and 7th Avenue at around 1:10 p.m. when Rodriguez approached, police said.

Unaware he was dealing with one of New York’s finest, Rodriguez sneered, “Go back to China before you end up in a graveyard!” He also allegedly continued, “I’m gonna slap the holy piss out of you and stab you in the face.”

No stranger to court, Rodriguez had 24 arrests on his rap sheet prior to Friday’s arrest, police said.

The NYPD redeployed its plainclothes cops last month to helped deal with the surging anti-Asian crimes in the Big Apple.

“We announced probably about three weeks ago that we were going to be putting plain-clothes members into the communities walking around. And the statement at the time was, ‘You never know, if you’re going to victimize somebody who that person may be,’” Shea said.