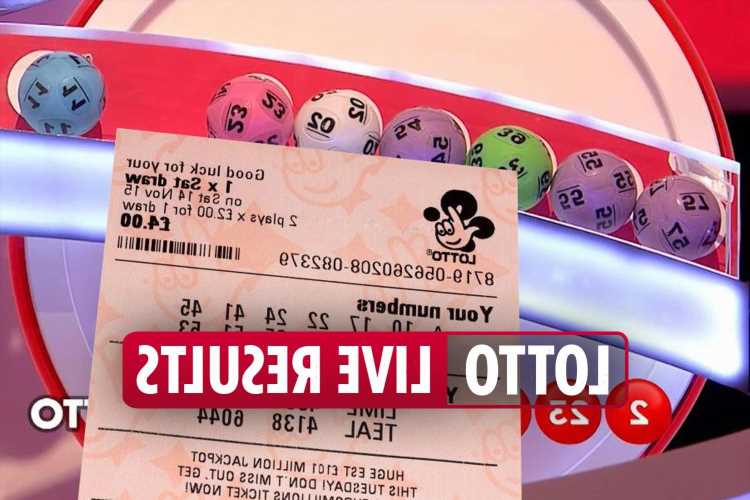 THE NATIONAL Lottery results are in and it's time to find out who has won a life-changing amount of money tonight (October 9, 2021).

Could tonight's jackpot of £11.6million see you handing in your notice, jetting off to the Bahamas or driving a new Porsche off a garage forecourt?

You can find out by checking your ticket against tonight's numbers belowGood luck!

The largest amount ever to be won by a single ticket holder was £42million, won in 1996.

Gareth Bull, a 49-year-old builder, won £41million in November, 2020 and ended up knocking down his bungalow to make way for a luxury manor house with a pool.

Sue Davies, 64, bought a lottery ticket to celebrate ending five months of shielding during the pandemic — and won £500,000.

Sandra Devine, 36, accidentally won £300k – she intended to buy her usual £100 National Lottery Scratchcard, but came home with a much bigger prize.

The biggest jackpot ever to be up for grabs was £66million in January last year, which was won by two lucky ticket holders.

The odds of winning the lottery are estimated to be about one in 14million – BUT you've got to be in it to win it.

Prices are going up on almost everything. Here's why

Jay Clayton: The SEC "Cares" About Securities. That's Why It's Involved in Crypto.
Technology