Lorry driver, 37, killed after crashing into truck that was trying to protect smashed Fiesta on M5 as man, 21, arrested

A LORRY driver has been killed after crashing into an HGV which had stopped to protect a smashed Fiesta – as cops arrest a 21-year-old man.

Emergency services rushed to the M5 in Gloucestershire at 5.20am yesterday after the smash caused a fireball that scorched the surface of the road. 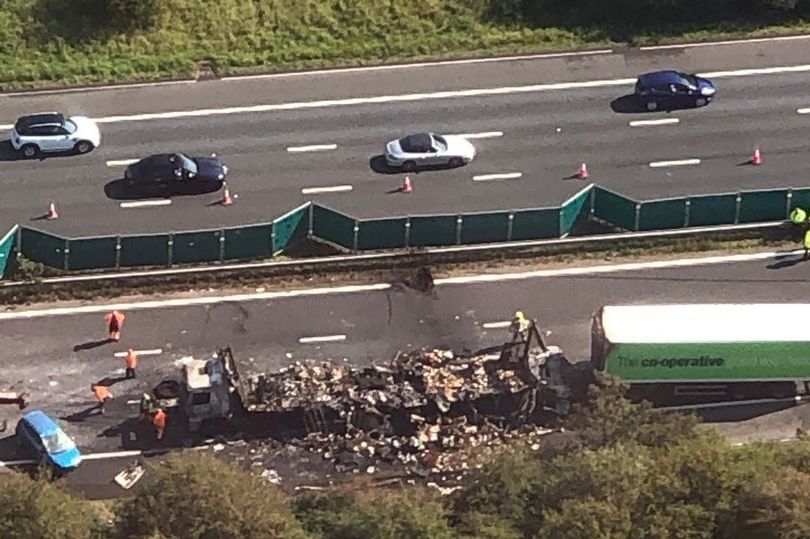 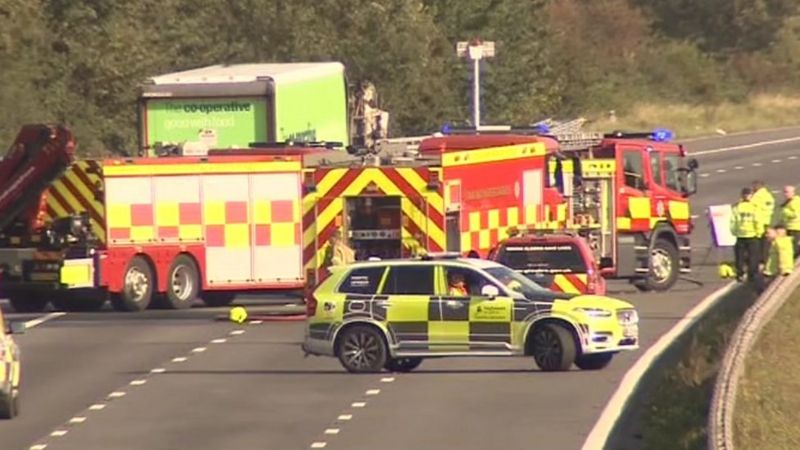 Despite their efforts, the driver, a 37-year-old man from Bristol couldn't be saved.

The man behind the wheel of the Fiesta has now been arrested on suspicion of causing death by dangerous driving, as well as a second count of driving under the influence of drink or drugs.

He has been released under investigation.

Farmer Ray Knight, who lives nearby, told the BBC he heard a "great big bang" when he was feeding his cattle.

"I looked outside – I didn't know what it was so carried on as normal and then a few minutes later, there was a second one," he said.

Mr Knight's son said: "There's something strange going on" before telling his dad there was "black smoke billowing up in the distance."

"Ten minutes later, we heard a third bang," he said.

"By that point, you could see the black smoke and there was a glow in the sky, which I presume was a fire." 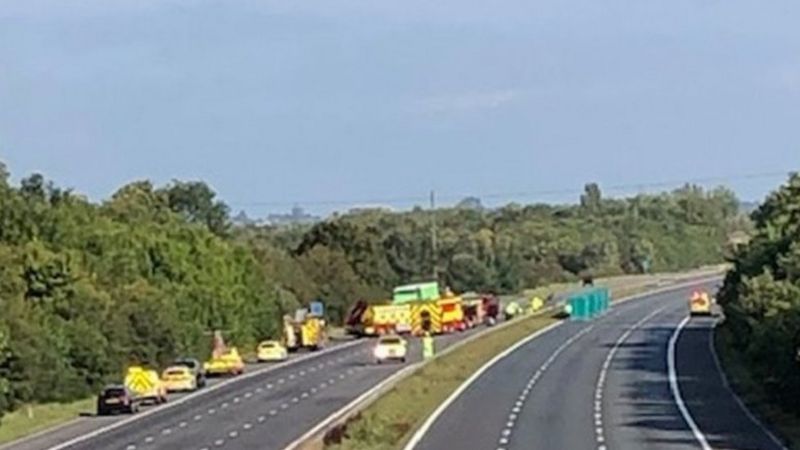 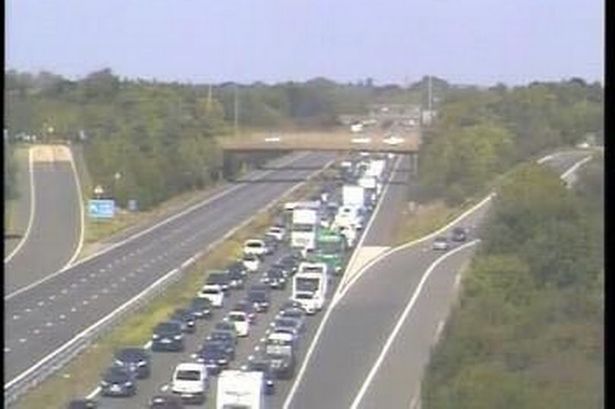 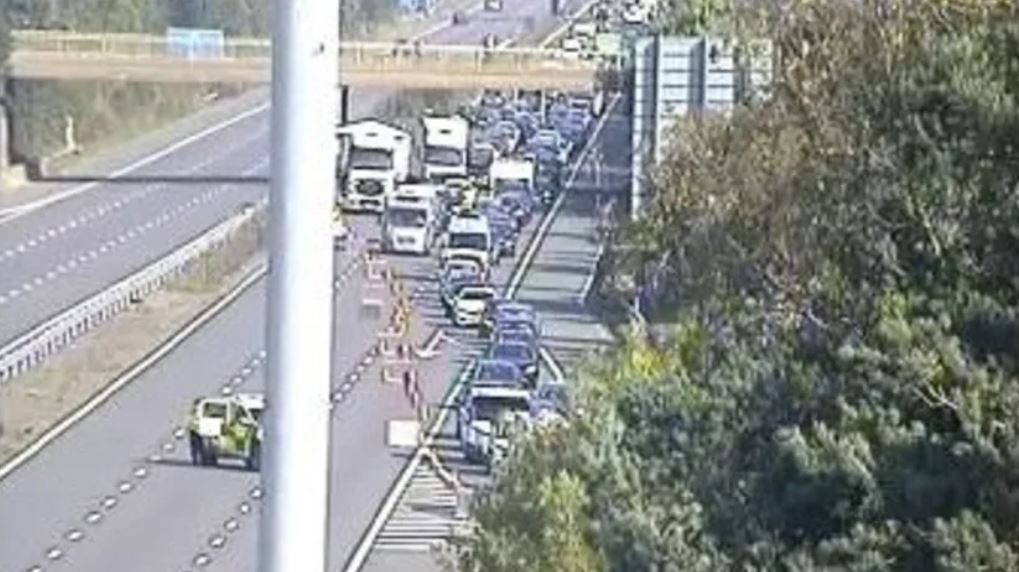 Gloucestershire Police said they were called for the first time at 5.20am after the Fiesta driver lost control.

The car left the northbound carriageway between junctions nine and 11, close to Tewkesbury and Gloucester.

Officers said: "A lorry stopped to protect the Fiesta from passing vehicles and to check on the welfare of its driver.

"A second lorry has then collided with the first lorry.

"Emergency services attended and the driver of the second lorry, a 37-year-old man from Bristol was pronounced dead at the scene.

"His next of kin and the coroner have been informed.

"Officers investigating the collision are keen to hear from anyone who may have relevant dashcam footage, or those who witnessed the incident and have not yet spoken to police.

"Anyone with information is asked to call police on 101 and quote incident 86 of September 13."

Following the incident, the M5 was shut both ways between junction 9 and 11.

Officials from Highways England eventually opened the southbound carriageway – but the northbound stretch, where the crash happened, remained shut until this morning.

A spokesperson said said the surface of the road had been "extensively damaged and must be resurfaced" during the horrific crash.

Ripple (XRP) Above This Confluence Resistance Could Spark Fresh Rally