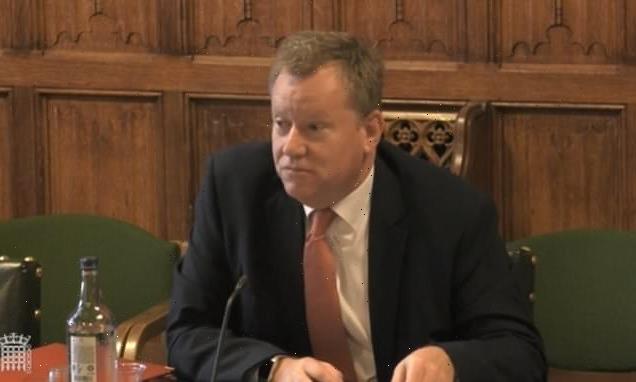 Lord Frost told MPs today that the Government would not accept a role for the European Court of Justice in settling disputes between the two sides.

Reports last week suggested that the UK was open to retaining the EU’s internal court in the arbitration process for trade disagreements if an independent body was introduced that made its use all-but unnecessary.

A Government source told the Times that such a system ‘is exactly the kind of compromise that could be acceptable’.

But appearing in front of the European Scrutiny Committee this afternoon the peer said: ‘We are not interested in the court by another name or another route.’ 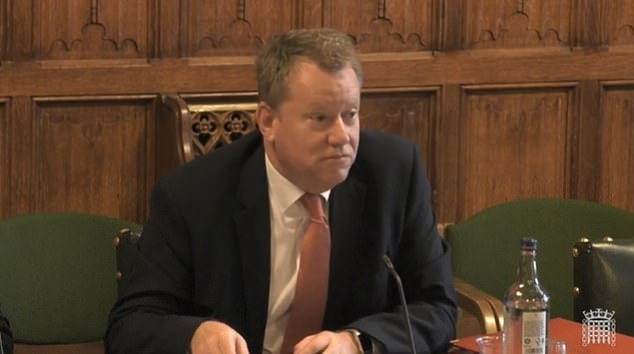 Lord Frost told MPs today that the Government would not accept a role for the European Court of Justice in settling disputes between the two sides. 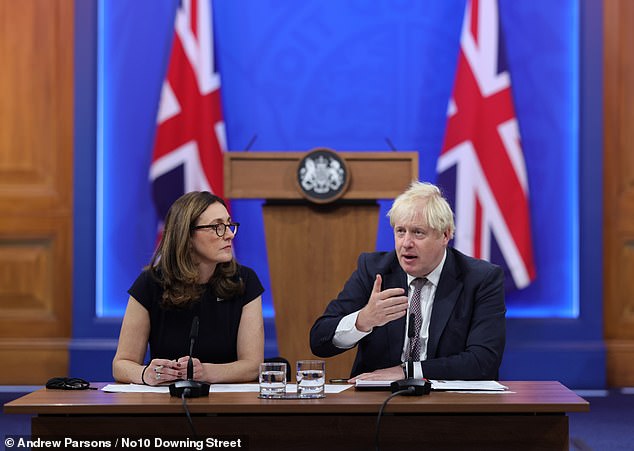 Reports last week suggested that Boris Johnson (pictured today) was open to retaining the EU’s internal court in the arbitration process for trade disagreements if an independent body was introduced that made its use all-but unnecessary.

‘What we’d like to see instead is an arbitration mechanism which is normal in these sort of treaties, it is exactly what we have in the trade and co-operation agreement (TCA).

‘The arrangements in the TCA are good arrangements … we worked very hard on them all last year and would be a good model in this case too.’

He insisted the UK is not interested in any arrangements which keep the court by some other name.

‘It’s highly unusual in an international treaty to have disputes settled in the court of one of the parties and that is the fundamental principle that we take into this, and the fundamental thing we need to remove from the arrangements going forward.’

The Northern Ireland Protocol was agreed by the UK and EU as a way to sidestep the major obstacle in the Brexit divorce talks – the Irish land border.

It achieved that by shifting regulatory and customs checks and processes to the Irish Sea.

But the arrangements have created new economic barriers on goods moving from Great Britain to Northern Ireland.

This has caused disruption to many businesses in Northern Ireland and has also created a major political headache for the Government, as unionists and loyalists are furious at what they perceive as a weakening of the Union.

Last week the EU made major concessions over goods entry to Northern Ireland from Great Britain as it sought to ease the ongoing row.

The European Commission offered to slash 80 per cent of regulatory checks and dramatically cut customs processes on British goods moving to Northern Ireland.

However, the plan did not address a key UK demand – the removal of the oversight function of the ECJ.

Lord Frost said the UK Government welcomed aspects of the European Commission’s proposals to reform the Northern Ireland Protocol but argued some of the ideas put forward were ‘problematic’.

The Brexit minister told the Commons’ European Scrutiny Committee it was ‘now understood on both sides that there are problems with the current situation’ and told MPs that Brussels’ proposals ‘do, for the first time, acknowledge they might be willing to change their own laws in order to deal with the special situation in Northern Ireland’.

The Conservative peer added: ‘The problem with them is that they don’t go far enough.

‘I’m not sure they would quite deliver the kind of ambitious freeing-up of trade between Great Britain and Northern Ireland that we want to see, but what we’re trying to test is whether they could find the basis to go further than what they have put on the table.

‘That’s the kind of discussions we have been having and it has been quite constructive so far, but the gaps between us remain significant, and there is a lot of working through to go.’