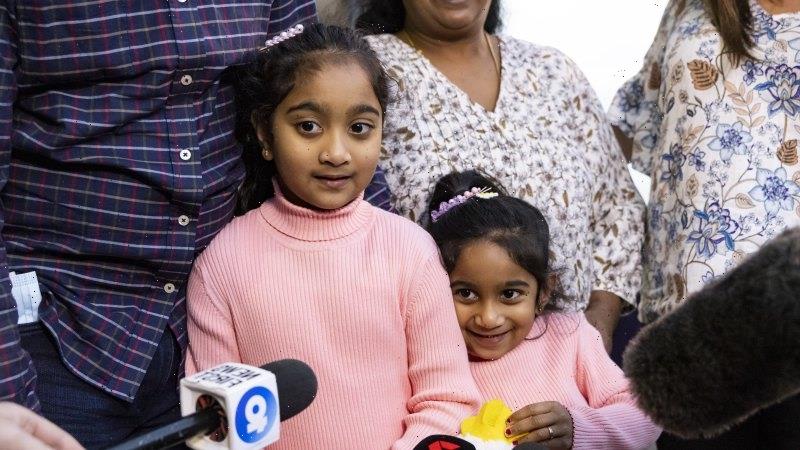 Tharnicaa Murugappan will celebrate her first birthday outside detention on Sunday with a “pink party”.

The four-year-old and her family arrived at Perth Airport to board a plane home to Biloela on Wednesday morning, ending a four-year immigration battle. 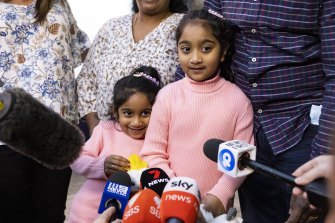 The Tamil family of four, who have been fighting deportation since 2018, are one step closer to becoming Australian residents after the Albanese government intervened two weeks ago and granted them bridging visas to return to the central Queensland town they call home.

Speaking at Perth Airport, an emotional Priya, Tharnicaa’s mother, thanked the Perth community and the support her family had received while living in the capital for the past year.

“Me and my family are very happy to start our journey back to my community in Bilo,” she said.

“Thank you to all in Perth, thanks WA.”

Her other daughter Kopika said she felt “happy” to be going on a plane. The shy six-year-old told reporters her favourite game was hide-and-seek and she was excited for her sister’s pink-themed birthday party as it her favourite colour too.

Priya and Nadesalingam Murugappan, who arrived by boat as Tamil asylum seekers about a decade ago, and their Australian-born daughters, Kopika and Tharnicaa, were detained on Christmas Island in August 2019 after earlier detention on the mainland while they sought refugee status in the courts.

They were later moved to Perth after Tharnicaa suffered a blood infection and had been in community detention since.

The family were well regarded and involved in the close-knit town of Biloela, with friends and community leaders fighting for their return since an early morning raid by Australian Border Force in 2019 removed them.

The community have hung welcome-home signs and baked cakes in preparation for the family’s arrival. 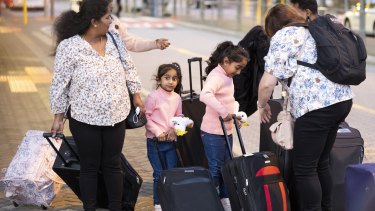 ‘Home to Bilo’ campaign coordinator Angela Fredericks will accompany the family on their flight to Brisbane.

“It is such an exciting morning,” she told ABC Radio.

“They are just so excited, we’ve been talking the last couple of days about just the town of Bilo, and we’ve been reminiscing and they’re just so eager to get back there.

“The girls are so excited to be going on a plane with their parents – they’ve been on lots of plane trips over the last four years, but they’ve all been in horrific circumstances.”

She said she hoped the return to Bilo would be the start of the healing process for the family.

Why are Bitcoin Miners Capitulating?

Why are Bitcoin Miners Capitulating?
Technology