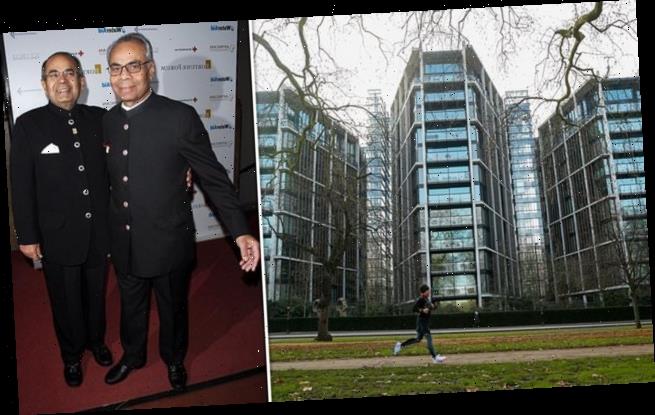 London overtakes New York as home to the most 'dollar millionaires'

Richer than the big apple: London overtakes New York as home to the most ‘dollar millionaires’ with 875,000 living in the capital now boasting assets worth more than £720,000

London has overtaken New York as home to the most ‘dollar millionaires’ with 875,000 of them now living in the city, according to a new report.

The Knight Frank Wealth report shows that 874,354 people in London have assets, including property, worth more than £720,000 which makes them so-called ‘high net worth individuals’.

This compares to 820,000 HNWIs in New York and means that one in ten people living in London are now ‘dollar millionaires’.

Knight Frank said the rise is being driven by property prices in the capital, with the average house costing £514,000, meaning many fall into the high net worth category.

Brothers Srichand Parmanand and Gopichand Hinduja are thought to be the richest people in London.

They are worth an estimated £16 billion – slightly more than music mogul Sir Leonard Blavatnik, who is worth £15.8 billion.

The new data has highlighted the growing wealth divide in the capital amid the coronavirus pandemic. 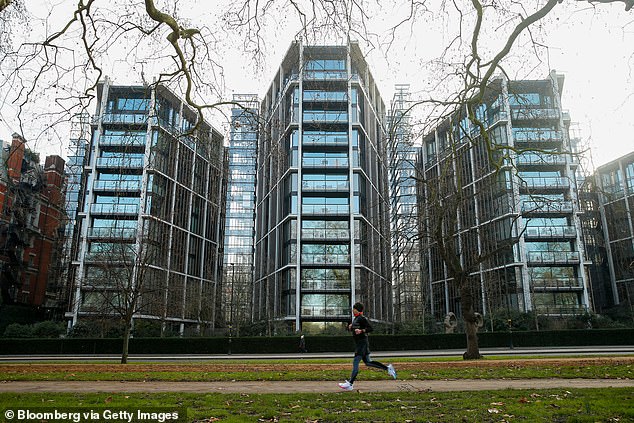 A jogger passes One Hyde Park, a luxury residential and retail complex, in Knightsbridge. A new report shows that 874,354 people in London have assets, including property, worth more than £720,000 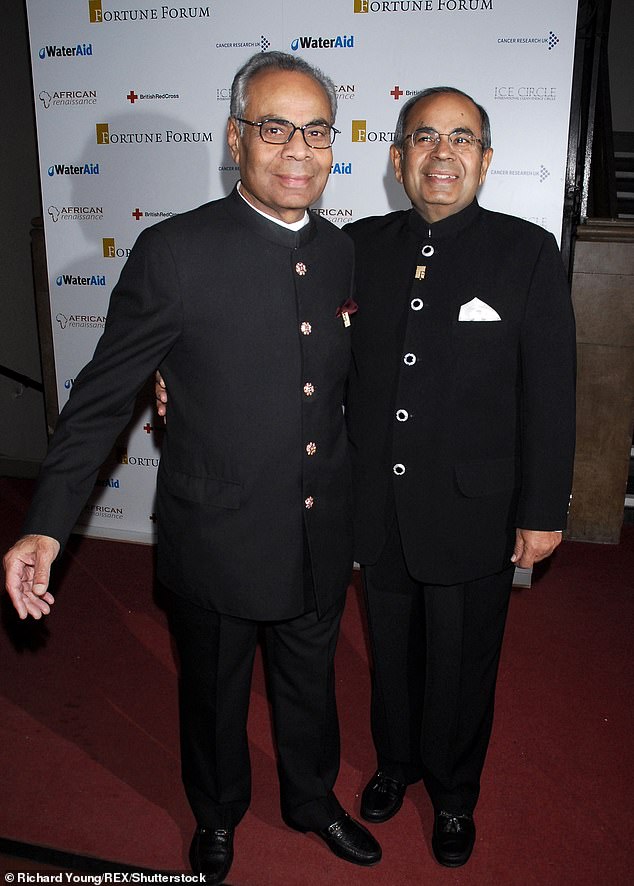 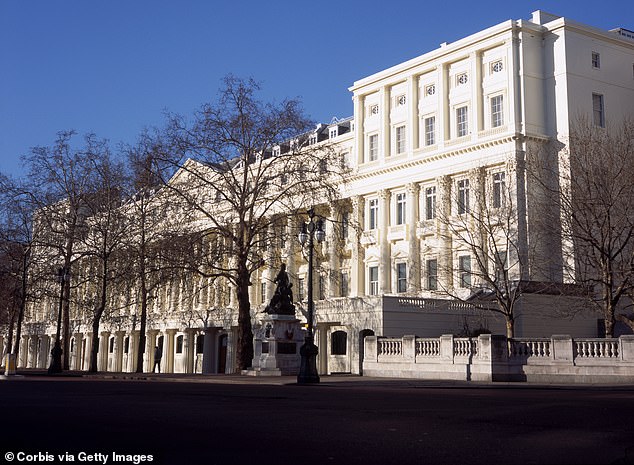 More than 2.5 million Londoners, nearly 30 per cent of the population, are classed as living in poverty, according to government data, against the national average of around 22 per cent.

The capital also has the highest proportion of people living in low-income households.

In total, 800,000 children in the capital are living in poverty – a rate of 39 per cent which is the highest since data started being collected.

Despite this, Knight Frank’s Wealth Report revealed how the high cost of housing helped to make 875,000 Londoners high net worth individuals.

Liam Bailey, Knight Frank’s head of research, said: ‘The main point is that our HNWI threshold is $1m, so £720,000, and with average house prices in London at £514,000, a lot of households fall into the HNWI category.

‘Ironically the high cost of housing in London is the main driver for categorising so many households as being wealthy.’

The report found that London has more than 68,000 homes valued at more than £2 million each – more than any other city in the world. 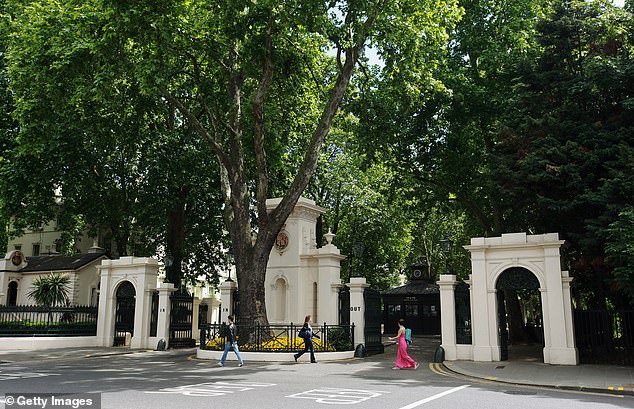 A general view of the entrance to Kensington Palace Gardens, which has been named as Britain’s most expensive street 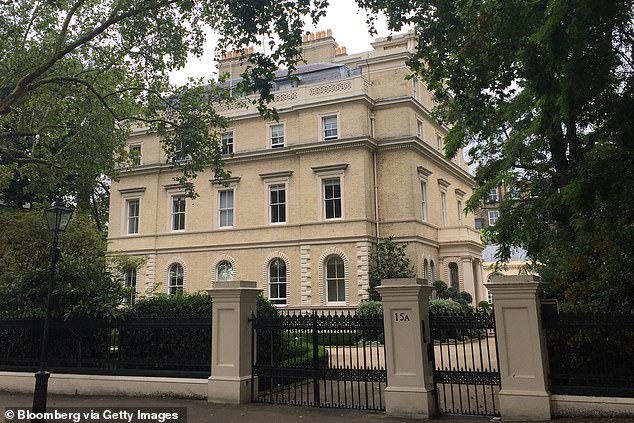 Many of the mansions are occupied by billionaire businessmen, embassies and ambassadorial residences.

This number has increased in recent months with the super-rich flocking to Britain’s capital in the wake of Brexit and amid a rise in property sales during the pandemic.

Many of London’s billionaires live on Kensington Palace Gardens, which has been named as Britain’s most expensive street.

A recent property survey estimates the average house price of the street to be £19.2 million.

Many of the mansions are occupied by billionaire businessmen, embassies and ambassadorial residences.

The richest individuals in London and New York

5) The Duke of Westminster and the Grosvenor family – £10.3 billion

House sales in the UK soared by a quarter in January – despite lockdown – as buyers make a ‘sprint finish’ to beat next month’s stamp duty holiday deadline.

More than 120,000 residential property sales were recorded last month, according to new figures released by HM Revenue and Customs (HMRC).

The figure is a 24.1 per cent increase compared to last January, when 97,000 house sales were made.

London is said to have also benefitted from an influx of people from Hong Kong settling there.

Political tensions and demonstrations against China have dominated the former British colony and last year there was a 68% increase in number of so-called ‘golden visas’ issued to people from Hong Kong.

As part of the deal, those individuals promised to invest at least £2 million into the UK, with many settling in London.

The Knight Frank Wealth Report also revealed how the very rich have been able to increase their fortunes during the pandemic.

The UHNWI population is expected to swell by a further 27% to 663,483 by 2025, the report estimates, driven by China, Indonesia and India.

The world’s ten richest people, including Jeff Bezos, Elon Musk and Bill Gates, have seen their collective wealth increase by half a trillion dollars since the start of the Covid pandemic, according to an Oxfam report.

Is Trump the GOP's future? Here's what CPAC attendees think