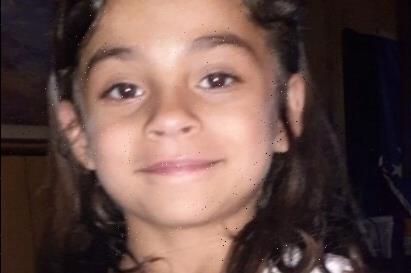 Little girl, 5, crushed to death by collapsing gravestone as she played

A FIVE-YEAR-OLD girl has been killed after a 300-pound gravestone collapsed and fell on top of her.

Bella Grace Bennett was playing with her sister in Blackshear, Georgia when the monument toppled over and landed on her head and shoulders. 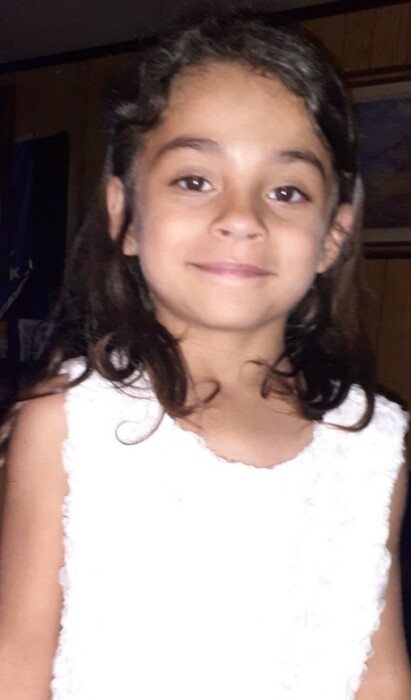 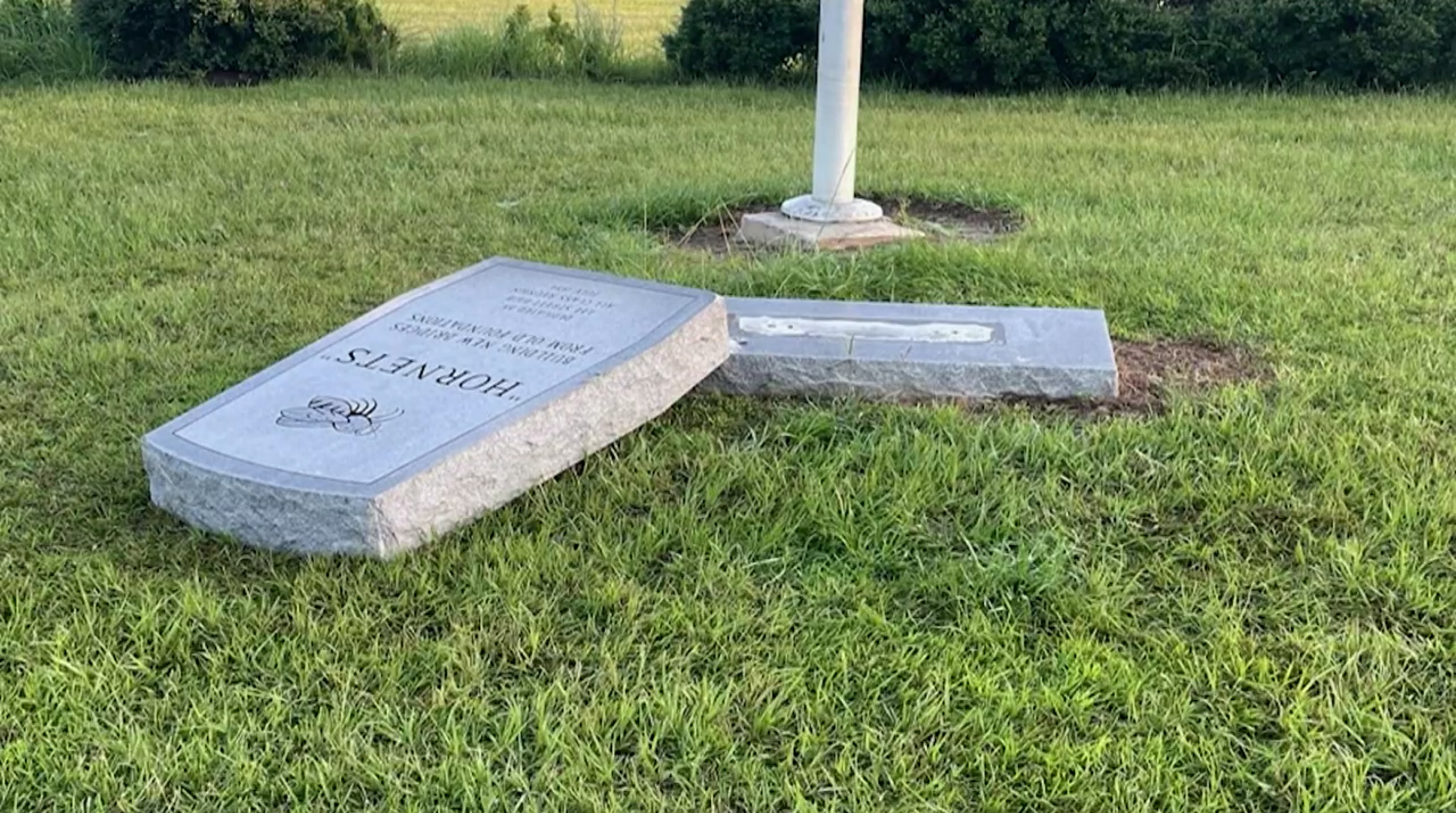 It was later discovered that the stone appeared to be missing a bolt used to keep it upright, according to photos and video obtained by News4Jax.

A witness, who asked to remain anonymous, said it took three men to remove the stone off of Bella – who had been pinned to the ground at the Lee Street Resource Center.

He said: "The dad was down that whole time trying to remove this slab off of her and he was not successful.

"I tried to lift it up so he could pull her out and we weren’t successful."

When they finally removed the monument, Bella remained unresponsive.

The girl was rushed to a nearby hospital before being airlifted to Wolfson Children’s Hospital, where she was pronounced dead.

The Blackshear Police Department are currently investigating how the tragedy happened.

Images of the scene show only one bolt properly affixed to the downed monument – it is still unclear whether the missing bolt was in place at the time it fell.

Meanwhile, the family of the young girl, alongside community members and religious leaders, gathered at the site of Bella's tragic death on Monday afternoon to celebrate Bella's life.

Donations are now being raised to Blackshear Elementary School or to Hart Funeral Home to assist the girl's family, according to the Blackshear Times.

Assistant Principal Mandy Williams says the little girl loved animals, especially horses, but most of all, she loved playing with her older sister. 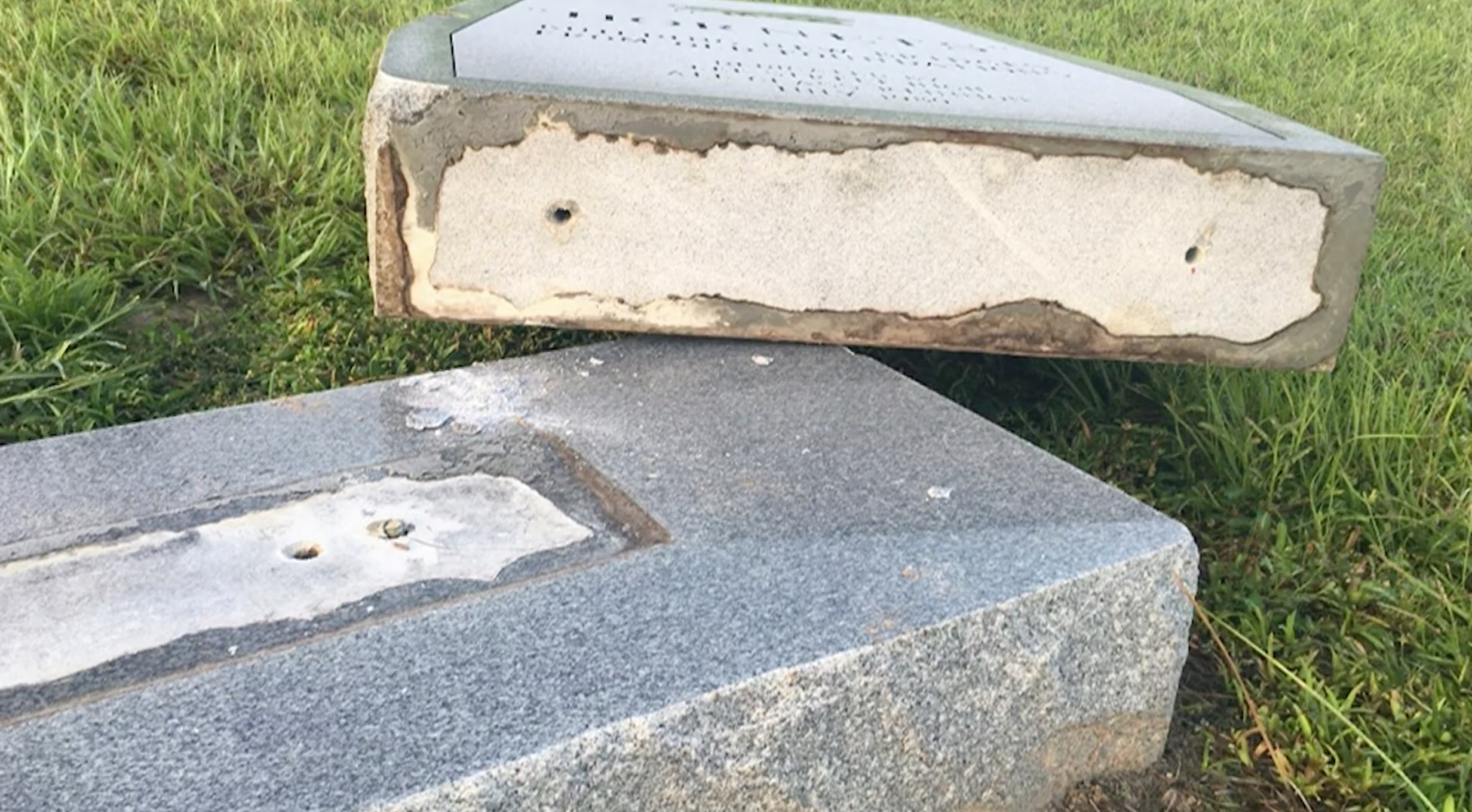 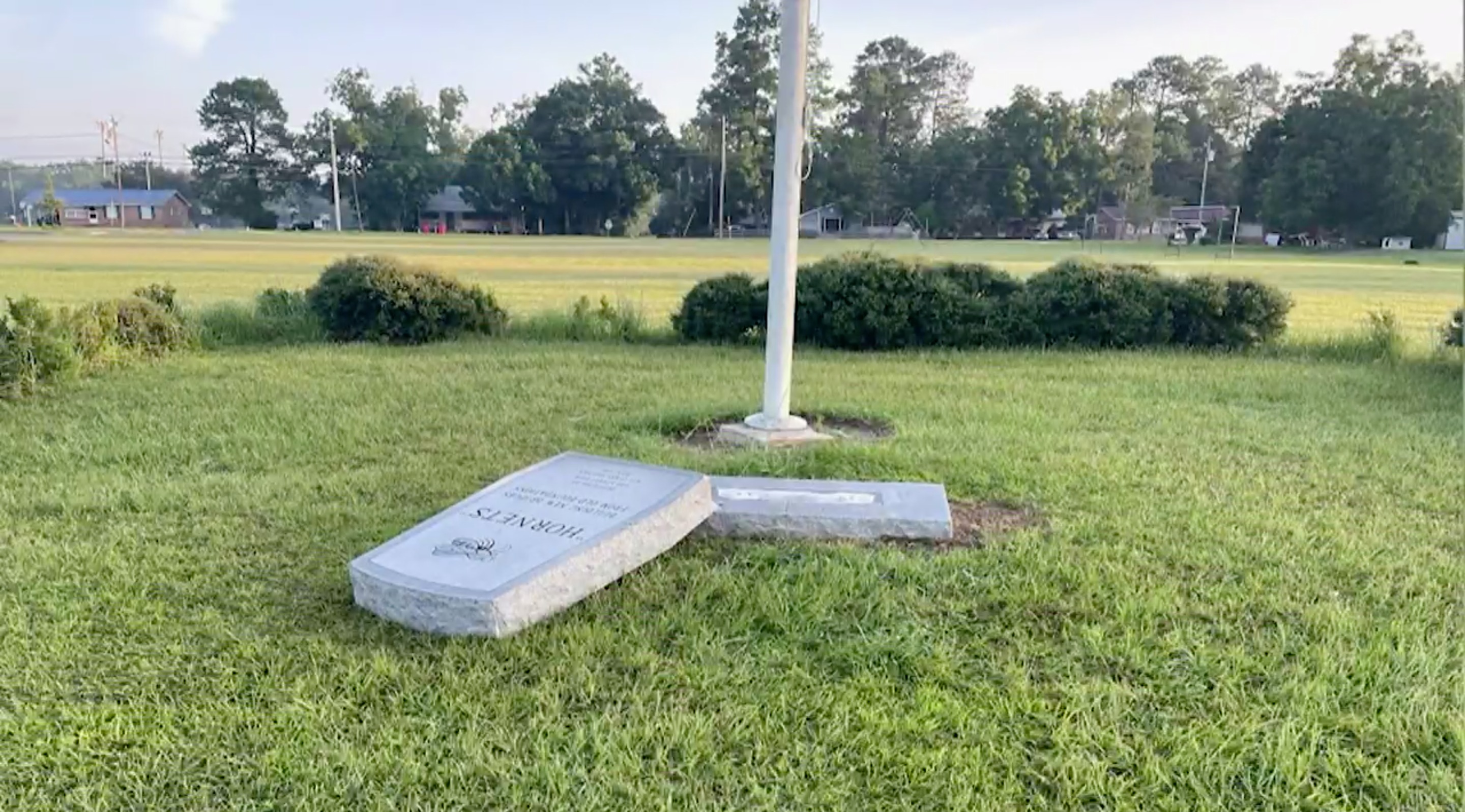