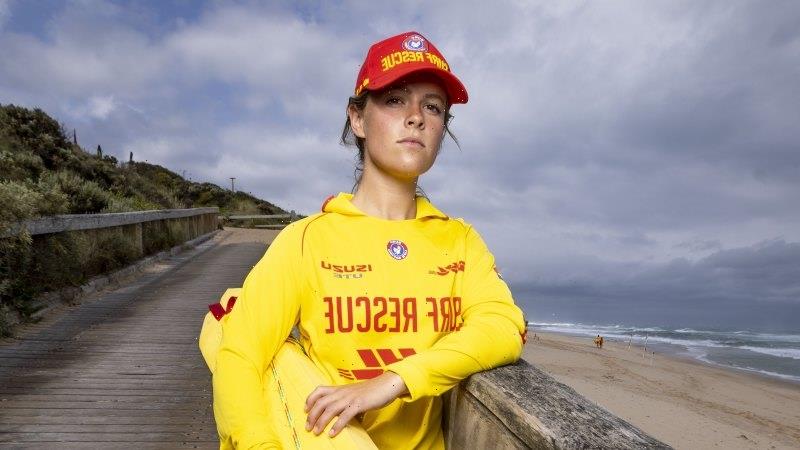 Catherine Greaves, the head of Life Saving Victoria, has a near-drowning story of her own.

Greaves was in her early 20s, and she and her younger sister were on a family holiday to Mallacoota in East Gippsland, a place they had been going “for our entire lives,” Greaves says. 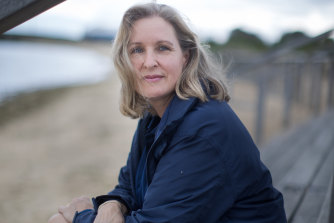 Eyeing-off a sand island from the shore in Mallacoota’s inlet, Greaves challenged her sister to a swim.

“What we hadn’t figured on was the outgoing tide and the strong current and we were both swept out.”

The sisters ended up being sucked out in the surf, trying in vain to swim to shore. But the current was too strong.

Greaves thinks they were in the water for about half-an-hour. She still remembers the fear, and the heart-strangling thought that her sister would die because of her idea.

“All I can remember is thinking I’d killed my baby sister,” she says.

Her sister would later tell her that her mind had gone blank. She was beyond panic.

But with their energy just about gone, Greaves realised they were closer to shore and put her feet down.

“I felt the bottom. I felt the sand under my feet.”

“Stand up! Stand up!” she screamed to her sister. They dragged themselves out of the water, crawled up the beach and collapsed, huddled together.

“In hindsight, we broke so many of the rules,” Greaves says. “We didn’t tell anyone what we were planning to do. We hadn’t checked the conditions. We knew about tides and currents, but we hadn’t appreciated the situation.

Greaves says she finds the story mortifying now, but she is telling it publicly for the first time in the hope it resonates after another deadly season in the water.

Nine people have drowned in Victoria since the start of December, four of them across the New Year’s long weekend, including a seven-year-old boy in the Snowy River near Orbost, and a toddler who died in hospital after being found unresponsive in a Melbourne pool.

There have been 27 drownings since July 1, according to Life Saving Victoria, and the number of deaths are on track with last year’s terrible tally in which the state recorded a 20-year high of 61.

“I have to say it’s been a pretty horror start,” Greaves says of this season.

Drill down to the causes and Greaves expects mishaps and misjudgments would be found. This includes not wearing life jackets when fishing or in boats, misjudging swimming skills, not knowing the conditions, and swimming in areas that are not patrolled by lifeguards. 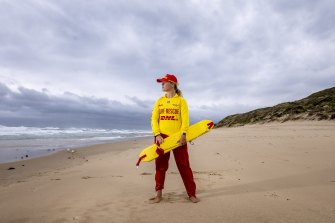 Mornington Peninsula’s chief lifeguard Sas McNamara has performed too many rescues to count in her time patrolling the beach.Credit:Wayne Taylor

But Greaves says COVID-19 lockdowns, which has forced more people to holiday at home, are also been contributing to the increase in deaths.

Life Saving Victoria’s drowning report from last year revealed half of all deaths occurred within the person’s own postcode, showing risk occurs when it is least expected.

“People going for day trips down to beaches, or maybe escaping to other waterways that they don’t know so well, so that can mean not swimming in patrolled areas, you know, with people wanting to escape other people, I think that’s part of it as well,” Greaves says.

There have also been dramatic drops in swimming lessons, which has affected swimming skills, as well as a shortage of swimming teachers and lifeguards.

Like hospitality, the workforce has suffered because pools have been closed. The YMCA, for example, said it employs predominantly young people as instructors and lifeguards, and a large portion of this cohort left the industry to find more stable, ongoing work.

The Omicron variant has placed further strain on staffing too.

The long-running Lorne Pier to Pub ocean swim was cancelled this week, partly due to the number of available volunteers, while in Melbourne, the Collingwood Leisure Centre temporarily closed due to staffing shortages.

“It is the perfect storm of circumstances,” says Greaves.

Out at Noble Park’s aquatic centre in the city’s south-east, YMCA’s area manager Scott Bryant and centre manager Michael Zeman are juggling another day of trying to fill holes in rosters. 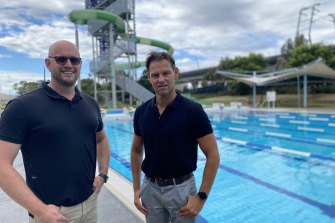 Mr Zeman says the centre lost half of its lifeguards during the pandemic, while Bryant adds the number of staff in isolation has been just about doubling every day from 40 to 80 at some sites.

“The safety of our staff and our patrons is our number one priority…managing the logistics around that, yeah, it’s been challenging.”

Longer term, Bryant says the YMCA was trying to attract more lifeguards and instructors through referrals to friends and family, while advertising through schools, universities and local media.

With pay rates typically starting at $28 an hour for a casual instructor mid-week, the YMCA and Life Saving Victoria are targeting different demographics too, such as retirees or those re-entering the workforce who can’t work full-time.

Though there’s been a strain on staff, Bryant says the parents need to book children in for lessons, even if there is a wait list.

“The confidence levels in our children is very low, which is concerning going into a hot summer, so the key message for families is to make this a priority,” he said. 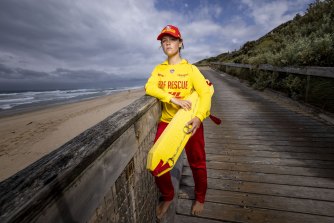 Sas McNamara at Portsea back beach earlier this week.Credit:Wayne Taylor

Mr Zeman says the regression has been noticeable. During one school swimming carnival his centre hosted before Christmas, lifeguards had to perform 15 rescues.

Life Saving Victoria has rescued more people this year as well, with 225 rescues undertaken over the past six months, a 24 per cent increase on the same period last year. Only 37 of those rescues were between the flags.

At Portsea’s back beach on a welcomed overcast and quieter day, the Mornington Peninsula’s chief lifeguard Sas McNamara, 24, cannot put a number on the rescues she’s performed. There’s just too many.

One that sticks in her mind is the mass rescue of up to eight children, some of whom who were younger than 10, who were swept out to sea when the sandbank they were standing on suddenly collapsed.

The group were swimming between the flags, but their parents were nowhere nearby, she said.

“A big one is to constantly and actively supervise children around the water. It’s so imperative. If you can’t see your child, that’s a child in danger,” McNamara says.

“Swim at a controlled location, and stick between the flags. If we can’t see you, we can’t help you.”

To find your nearest patrolled beach, go to beachsafe.org.au.

Time to finally put Biden's vaccine mandates behind us