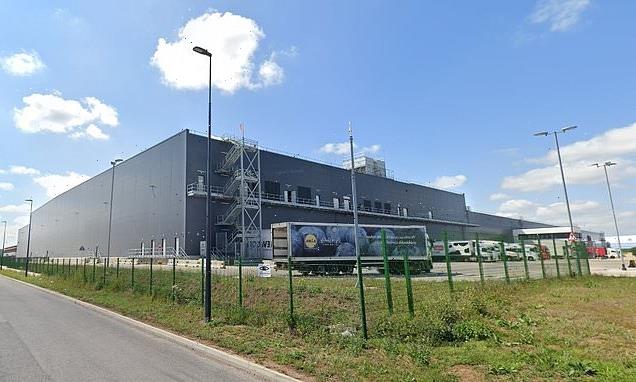 Lidl worker wins claim after saying she was 'pressurised' to swim

A Lidl worker has won sex discrimination claims after complaining that her boss tried to ‘pressurise’ female employees to swim in front of him during a Center Parcs retreat.

Lydia Callaghan said Lidl’s Regional Head of Supply Chain Jonathan Carter made her feel uncomfortable by holding her face and asking why she wasn’t going swimming.

She complained to the supermarket giant that she she had to endure ‘shouting, exclusion, inappropriate offensive jokes and unwanted physical contact’ over several months at a distribution centre in Avonmouth, near Bristol.

But Lidl dismissed these claims, despite its investigation failing to ask any of the other witnesses about the ‘unwanted physical contact’.

She took the supermarket to an employment tribunal, winning claims of sex discrimination and victimisation due to the way they handled her complaints.

The tribunal also ruled Lidl failed to make reasonable adjustments after forcing her to travel ‘substantial’ distances despite a knee disability.

However, it did not find that the supermarket discriminated against her because of her disability. 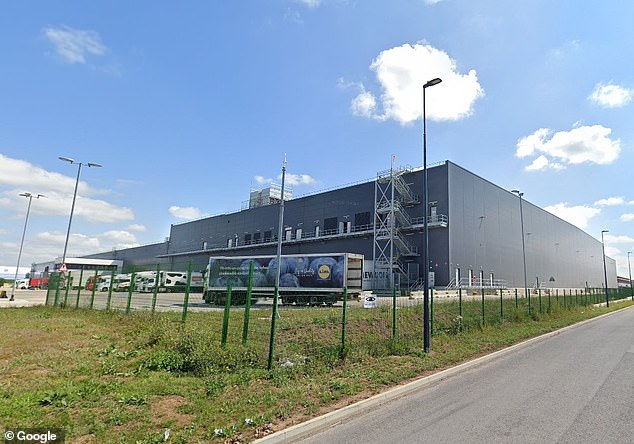 Lydia Callaghan said Jonathan Carter, Lidl’s Regional Head of Supply Chain at Avonmouth (pictured), had made her feel uncomfortable by holding her face and asking why she wasn’t going swimming

Ms Callaghan, who worked for Lidl from August 2017 as an administrator and assistant team leader until she resigned in March 2019, alleged Mr Carter had bullied her and treated her unfairly, had discriminated against her because he doubted her knee injury was a disability.

In November 2018, while she was working at Lidl’s regional distribution centre in Avonmouth, near Bristol, Miss Callaghan submitted a written grievance to regional director Graham Clark, complaining about Mr Carter.

She wrote: ‘I feel like I have been consistently treated unfairly over the course of at least several months and had been subjected to shouting, exclusion, inappropriate offensive jokes, unwanted physical contact, intimidation, unreasonable criticism, undermining, blocking promotion, excessive workloads and non-cooperation.’

The former Lidl worker also said during an away day at Centre Parcs, he harassed her by taking her face in his hand and refusing to let go.

The tribunal heard the ‘unwanted physical contact’ referred to a work social weekend at Centre Parcs. Miss Callaghan said that, after several drinks, she was having a conversation with Mr Carter.

She added: ‘During this conversation he held onto my face with both hands. I asked him to let go as I felt uncomfortable, yet I had to ask three times before he actually let go.

‘During the course of this evening he had also […] pressed me on why I wasn’t going swimming and told me it was “ridiculous” to feel uncomfortable.

During the investigation, she elaborated on the Center Parcs incident: ‘He put his hands round my face, I asked him three times let me go, this was intimidating.

‘Clearly I wasn’t looking at him, so he grabbed my face to turn me round, this really went over the line.’

As a result of Mr Carter’s actions on this evening I left the weekend early, leaving Saturday afternoon.’

Of the inappropriate comments, she claimed Mr Carter had called her ‘sneaky’ for wearing her jacket instead of putting it on a coat hook as requested.

She wrote: ‘I don’t want the possibility of someone else putting on my jacket and finding personal items in pockets, or the humiliation of walking across the room/picking up my bag to access sanitary products without the room seeing/asking where I’m going, so I choose to wear my jacket.’

She complained she had to bring in a medical letter to prove to him her knee disability was real and get him to ‘stop questioning me’ – she had an abnormally high knee, micro trauma to the fat pad within the knee and patella tendonitis.

The tribunal, in Bristol, heard all grievance meetings were conducted in a block approximately 500m from her workstation.

In relation to the comments Mr Carter was alleged to have made about swimming, she said she was not comfortable and he said ‘he didn’t care what [she] looked like’ and kept pushing her and other female staff to go swimming’.

She added Mr Carter had been drinking and had made ‘lots of body comments’ which left her feeling uncomfortable.

The tribunal heard Mr Carter told the grievance investigation that he, Ms Callaghan and others had had a group hug, prompting Miss Callaghan to say that if he did it again she would ‘knock him f***ing out’ and he apologised.

He denied holding her face and denied pressurising anyone to go swimming.

But he explained that when the team moved to Avonmouth there were coat stands and so ‘as a bit of a joke and to raise money’ he fined people who put their coats on their chairs 10p which was donated to the NSPCC. 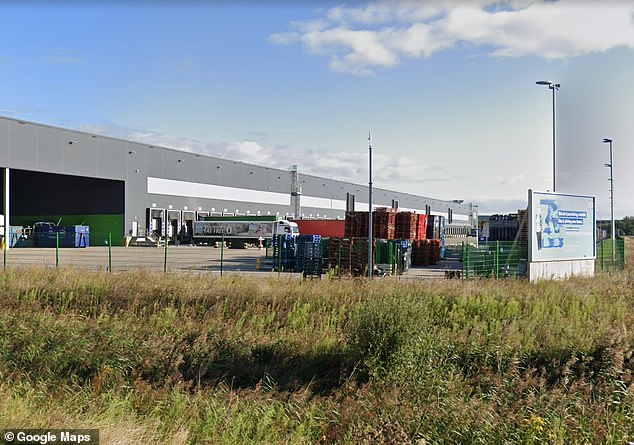 Her complaints were dismissed by Lidl, despite the investigation failing to ask any of the other witnesses about the ‘unwanted physical contact’ (Pictured: The Avonmouth distribution centre)

He said Ms Callaghan had been fined on two occasions and had then opted to wear her coat, and he had commented that it was a ‘bit sneaky’.

Mr Carter also admitted commenting on a pregnant employee’s weight as a joke, although he did not admit calling her fat.

He stated she ‘had not taken it the right way’ so he apologised.

Mr Clark, who did not uphold any of Ms Callaghan’s grievances, did not ask anyone else whether they saw Mr Carter holding Miss Callaghan’s face.

He then ruled that no other person witnessed it and so he was ‘unable to determine whether there was physical contact in the way you described’.

He did however accept Mr Carter’s account that there had been a group hug and other incidents which ‘could be deemed as unprofessional on occasions throughout the weekend.

‘The events took place in a social setting, and I do not believe Mr Carter acted in this way out of malice’.

In December, Ms Callaghan appealed Mr Clark’s decision but this was rejected and Ms Callaghan resigned in March 2019.

At the employment tribunal, she claimed the grievance investigation and appeal were sexist as Mr Clark accepted Mr Carter’s version of events.

Ms Callaghan claimed this is because if she won he would have had to uphold an allegation of harassment against a male senior manager made by a woman, and he was unwilling to do so.

Judge Midgley said: ‘Given the simplicity of the proposed adjustments and that they would have cost Lidl nothing, we have no hesitation in finding that it would have been reasonable for them to have been made.’

Miss Callaghan also won a claim of victimisation, after it was found Mr Carter had been ‘ignoring’ her following her grievance against him. Compensation will be decided at a future hearing.