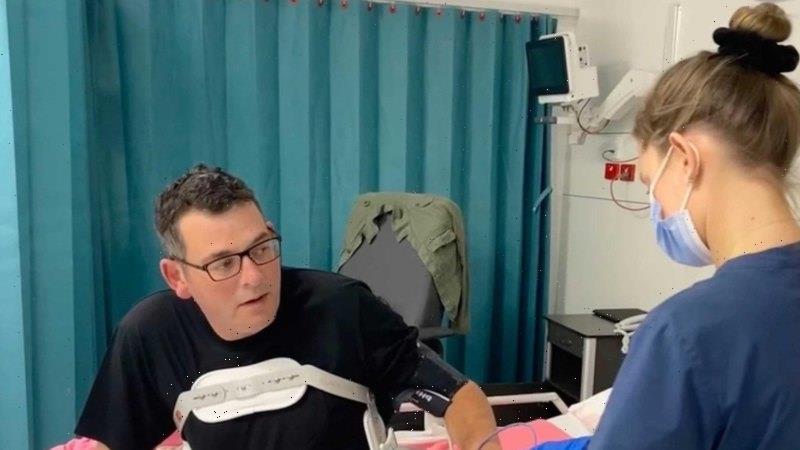 Rumour. There, I just wrote it. When I began my journalistic career, back in the days of flared trousers and killer collars, on Melbourne’s afternoon paper The Herald, the word “rumour” was forbidden from appearing in its pages. This was because reporting was supposed to be a trade based on facts and verified information. To even refer to a rumour, much less its contents, was to give it credence without knowing whether it was true or not.

How far we’ve come since then. Rumours, facts, opinion – what’s the difference? You will no doubt be aware that there have been a wide range of stories going around purporting to give the inside dope on how Daniel Andrews came to break his back and some ribs three months ago. 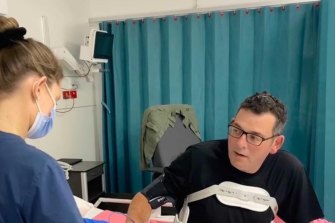 When the shadow treasurer Louise Staley this week issued a statement demanding Daniel Andrews answer a series of detailed questions about his fall and how he came to be off work for so long, her intent was clear. She wanted the Victorian public to see Andrews’ injuries not as the result of an accident but of an incident.

“It’s months since this happened and yet nobody’s got footage of the stairs, nobody’s got really any idea where it happened,” Ms Staley said. “And this is a very visual world these days where we seem to have everything out there on the media, but not this.” 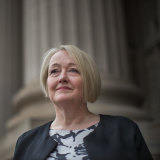 Shadow treasurer Louise Staley has been asking why there are no “visuals” of the stairs where the Premier fell.Credit: Jason South

By asking if the police had been called and if they had attended, and hinting at the existence of a ‘cover-up’, Staley was fuelling and spreading the rumour. Or I should say the latest rumour; the names of those involved keep changing as do their various motivations.

Staley’s questions have been dismissed by some as “disgraceful” and “conspiracy theories”. But Andrews should probably take it as a tribute from his Liberal opponents that they took the path they did.

Liberal leader Michael O’Brien claims the opposition merely wants greater disclosure about Andrews’ predicament, but that doesn’t wash given the text of Staley’s statement, which implied various forms of malfeasance by Andrews, including theft from the public purse because he’s continued to accept his salary when he wasn’t working.

As a political tactic that might provide a tiny boost, it made a little bit of sense. This lockdown did seriously stretch the friendship between the government and a not inconsiderable proportion of voters. Those voters cranky with two weeks of lockdown and some further post-lockdown restrictions might accept the nudge provided by the rumour and turn on the government. But the tactic might just as easily have turned off an even larger group of voters.

It’s been an unusual lockdown with Andrews not around. Despite everything that went wrong last year, Andrews managed to go into 2021 with his political position intact and improving until he dropped out of sight. Just having to acknowledge that sends some state Liberals and many of their small business supporters spare. 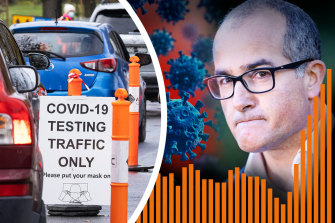 Acting Premier James Merlino has been the face of this latest Melbourne lockdown.Credit:The Age

Whether the public’s stoic approach to this latest lockdown would have been different with Andrews in charge of the messaging and decision-making, we’ll never know. But we do know that should there be another outbreak, he will be the one at the helm, dealing with a Victorian populace whose patience with locking down is close to exhausted.

Signs are that this lockdown – number four – is pretty much it, with little if any room in the collective psyche for number five. That’s not to say that the vast majority of Victorians haven’t approached Lockdown #4 with a great degree of equanimity, a general attitude of “let’s get on with it and get it over with” mixed with “Jesus, not again”.

Crucially, the Commonwealth’s fixed economic supports for businesses and the unemployed that provided a safety net throughout 2020 were gone this time, making this lockdown a different sort of beast to its predecessors. Eventually, as we know, the Morrison government did come through with a limited form of support built on political considerations, not economic ones.

Andrews could have and should have been more forthcoming about how he came to be injured and how his recovery was going, not so much because it might have staved off the rumour-mongering but because he is a public figure in whom the majority of Victorian voters have placed their trust. This is especially so given how much the state government was viewed – and how much it consciously portrayed itself – as Dan Andrews Inc.

But that doesn’t justify what Staley did, which was cheap. Parliament is sitting. If she has solid information, she should say what she knows in the chamber under the cover of privilege.

It could turn out that all the Liberals need to do is be patient. With the slow vaccine rollout and the indefinite continuation of hotel quarantine, a future outbreak is a real possibility, and Andrews is enough of a risk-taker to go down the lockdown route again. That could really hurt the government – profoundly and irrevocably.

Instead, the opposition took the low road, tempted by an opportunity it didn’t need to take.

Shaun Carney is a regular columnist.

Australian teen in coma after being crushed by whale
Technology