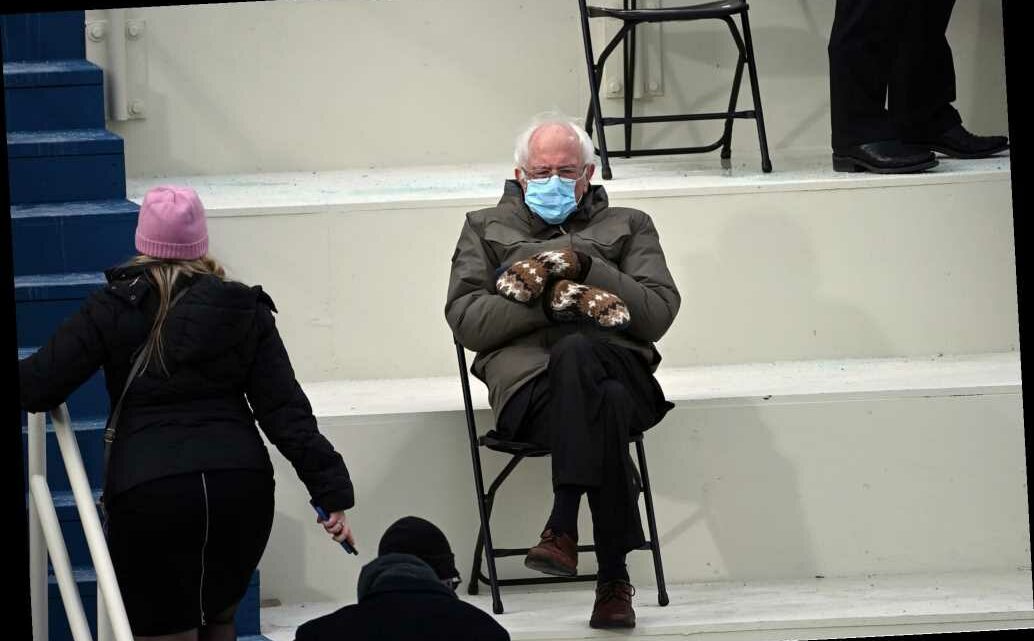 Senate forges ahead with $1.9 trillion COVID-19 relief package after marathon night of voting

Mitten ‘privilege’
To no surprise, a San Francisco public-school teacher, Ingrid Seyer-Ochi, has written an opinion piece alleging that the “mittens” and “puffy” jacket Sen. Bernie Sanders chose to wear for the inauguration is a sign of his “white privilege” (“San Francisco teacher writes in op-ed: Bernie Sanders’ mittens a ‘lesson in white privilege,’ ” Feb. 2).

She went on to write that Sanders “manifests privilege, white privilege and class privilege” in ways her students could see and feel. Her logic is frightening.

Interestingly, she remained silent on the $2,000 Dior sneakers Kamala Harris’ nephew-in-law chose to wear. Rumor has it the sneakers can be had on the resale market for $25,000.

Did she glean any thoughts about that chosen attire? Were those same students traumatized by the way this young man chose to dress at the inauguration in the same fashion? Were they able to sleep that night with thoughts of “privilege” racing through their heads because of mittens?

I shudder to think of the future of today’s students, who are subjected to the dribble of some educators. Is there any hope that common sense may someday prevail?
Patricia Ryan
Boca Raton, Fla.

A nice ice tale
I am a fourth-grade teacher in The Bronx who makes every effort to read to my students a little something from the newspaper each day (“Meet Mr. Ice Guy,” Feb. 3).

You don’t know how hard it’s been — and I’m not just talking about the pictures. Thank God for the weather forecasts.

Your “Mr. Ice Guy” story was a refreshing and very welcome change from the usual news of the day. Please keep it up. My fourth-graders and I are sure there are more “Ice Guys” (and gals!) out there than we’ve been led to believe.
John Sheridan
Hunts Point

Has anyone asked the mayor’s wife, Chirlane McCray, what her ThriveNYC program is doing to combat this issue? These are obviously mentally ill people who are committing these horrific acts. But I guess ThriveNYC, the joke that it is, is not doing a damn thing about it.
Gene O’Brien
Whitestone

Cuo’s dining delay
I cannot believe that members of the press didn’t question Gov. Cuomo on his assertion that the restaurant industry could not open for indoor dining until Valentine’s Day because they needed the 17 days to hire staff and get ready (“No love for V-Day dining-in return,” Feb. 2).

This industry has been begging for relief, and I’m pretty sure that restaurants, currently open for single-digit-temperature outdoor dining only, need to unlock their front doors to be in business again.

This governor does not tolerate being questioned or disagreed with and the 17-day delay is nothing but his vindictive streak seeping out.

The delay and his insistence on 25 percent (instead of 50 percent) indoor capacity is nothing more than a reminder from King Cuomo to New Yorkers that our daily lives are subject to his whims.
Christopher O’Keefe
Manhattan

RIP, Screech
I’m so sad to hear the news about the passing of Dustin Diamond, who played Screech on “Saved by the Bell” (“Dustin Diamond Dies At 44,” Feb. 2).

One of the best shows and the funniest characters. RIP, Dustin.
Paul Bacon
Hallandale Beach, Fla.