The attorneys representing Kenosha gunman Kyle Rittenhouse have announced they will be establishing a legal defense fund for the teen who is facing multiple charges for killing two protesters on Tuesday.

The Kenosha County District Attorney’s office on Thursday formally charged the 17-year-old from Illinois in the fatal shooting of two men and the wounding of a third during a night of Jacob Blake demonstrations in the city.

Rittenhouse would face a mandatory life sentence if convicted of first-degree intentional homicide, the most serious crime in Wisconsin.

He was assigned a public defender in Illinois for a hearing Friday upon his extradition to Wisconsin, where anyone 17 or older is treated as an adult in the criminal justice system. 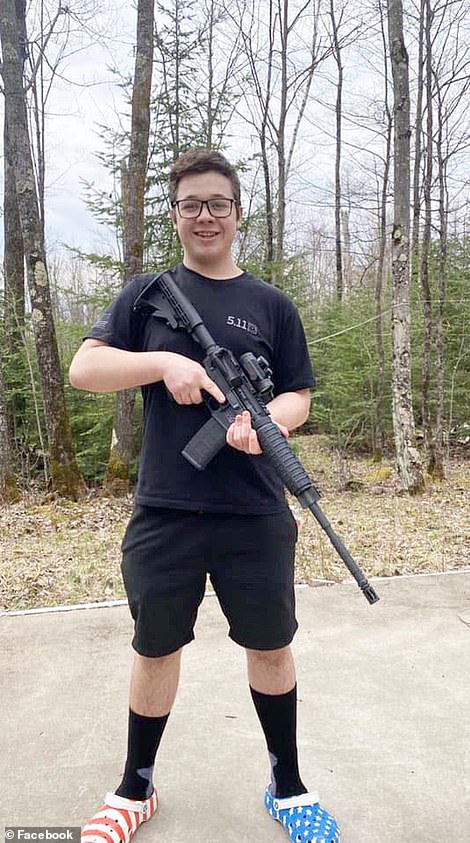 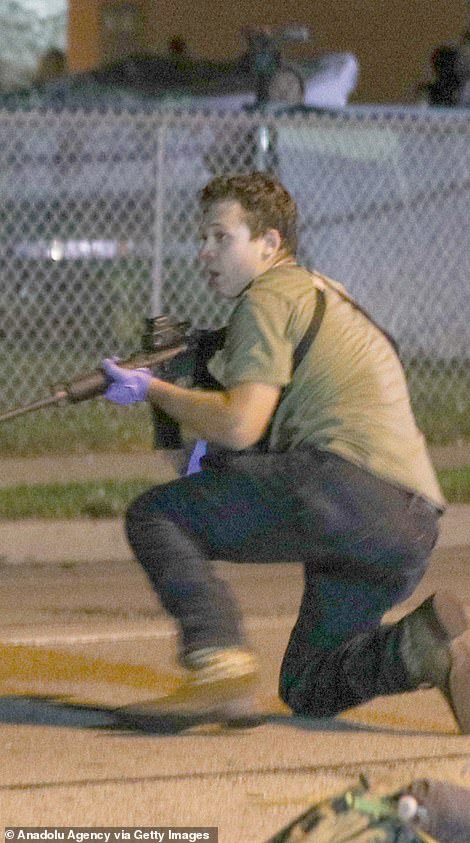 Kyle Rittenhouse, 17, has been charged with first degree intentional homicide following the shooting death of two protesters in Kenosha on Tuesday. Social media photos show the teen had a strong admiration for law enforcement and guns

Defense attorney Lin Wood on Thursday thanked all the ‘freedom loving Americans’ for their support of Rittenhouse, announcing they will be accepting donations through a foundation for his fight for ‘justice.’

‘We have connected with Kyle’s family & help is on the way. Kyle will have excellent legal representation. We owe him a legal defense,’ Wood said on Twitter.

‘Many others will need your help in coming days. Stay strong. Continue to speak truth. Continue to demand justice under our Constitution. Continue to be fearless.’

Wood said the Fight Back Foundation, Inc, will be accepting donations online within the next six to 12 hours.

Viral cellphone footage from Tuesday night’s protests showed Rittenhouse being chased into a used car lot by someone before shots are heard and the person lies dead. 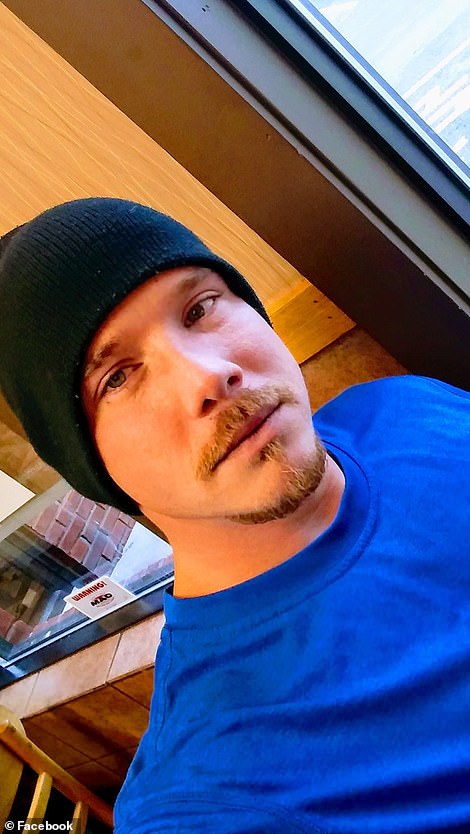 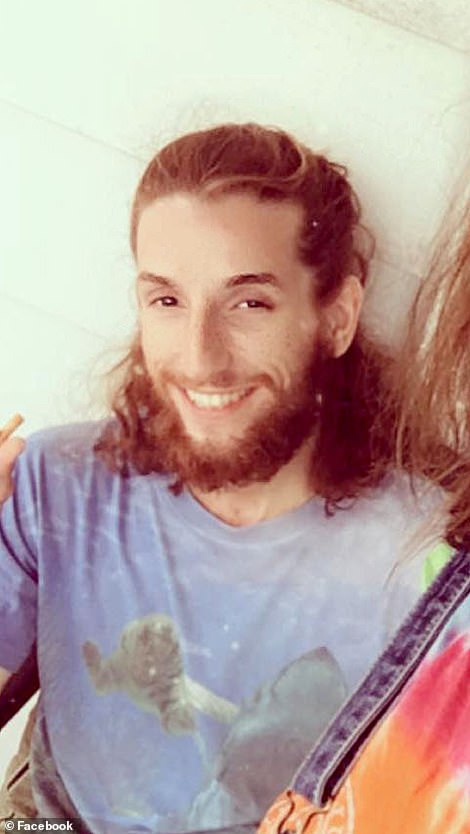 The two men who were killed were Joseph Rosenbaum, 36, of Kenosha, and Anthony Huber, 26, of Silver Lake, about 15 miles west of the city. The wounded person, Gaige Grosskreutz, 26, of West Allis, about 30 miles northwest of Kenosha, was expected to survive, police said. 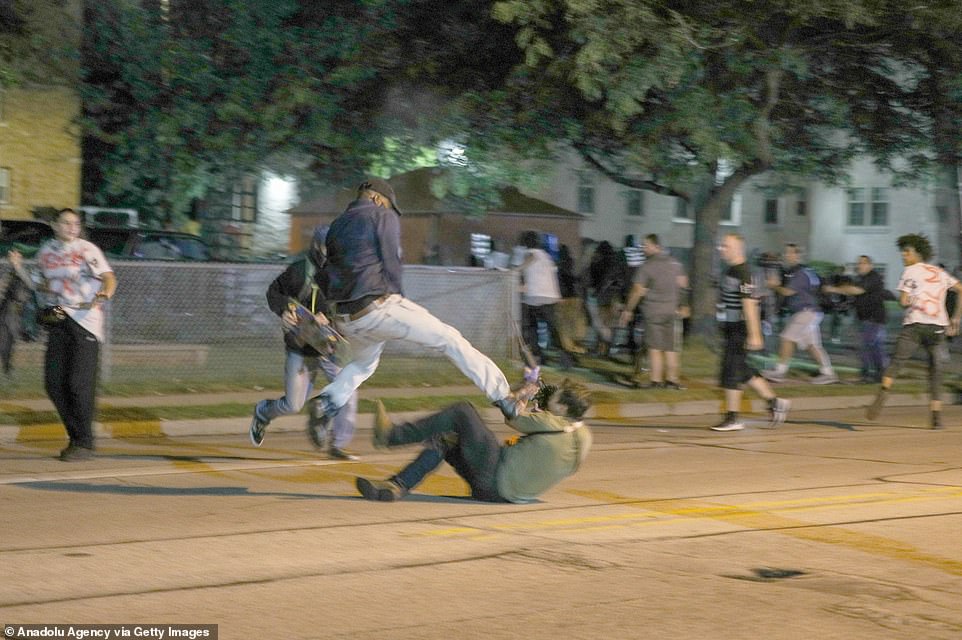 Cellphone videos from the scene in Kenosha, Wisconsin on Tuesday night show a white man brandishing a semi-automatic rifle in a confrontation with demonstrators following a shooting just moments earlier where a man was shot in the head. Protesters chased the gunman down the street before one kicked him to the ground

The shooter then runs down the street where he is chased by several people shouting that he just shot someone. He stumbles after being approached by several more people and fires, killing another man and injuring a third.

The two men who were killed have been identified as Joseph Rosenbaum, 36, of Kenosha, and Anthony Huber, 26, of Silver Lake, about 15 miles west of the city.

The wounded person, Gaige Grosskreutz, 26, of West Allis, about 30 miles northwest of Kenosha, was expected to survive, police said.

Wood has claimed the teenager was acting in self-defense.

‘From my standpoint, it’s important that the message be clear to other Americans who are attacked that there will be legal resources available in the event false charges are brought against them,’ he said.

‘Americans should never be deterred from exercising their right of self-defense.’

Kenosha police faced questions about their interactions with the gunman on Tuesday night.

According to witness accounts and video footage, police apparently let the gunman walk past them and leave the scene with a rifle over his shoulder and his hands in the air, as members of the crowd yelled for him to be arrested because he had shot people.

As for how the gunman managed to slip away, Kenosha County Sheriff David Beth has described a chaotic, high-stress scene, with lots of radio traffic and people screaming, chanting and running – conditions he said can cause ‘tunnel vision’ among law officers.

Video taken before the shooting shows police tossing bottled water from an armored vehicle and thanking civilians armed with long guns walking the streets. One of them appears to be the gunman.

In the wake of his arrest, photos and social media posts have emerged revealing Kyle Rittenhouse had a strong admiration for law enforcement and had once participated in a youth cadet program.

One Facebook post also showed the teenager even launched a fundraiser for a police charity for his 16th birthday.

In a post from December 22, 2018, Rittenhouse encouraged friends to donate to ‘Humanizing the Badge’, which he said sought to ‘forge stronger relationships between law enforcement officers and the communities they serve.’ 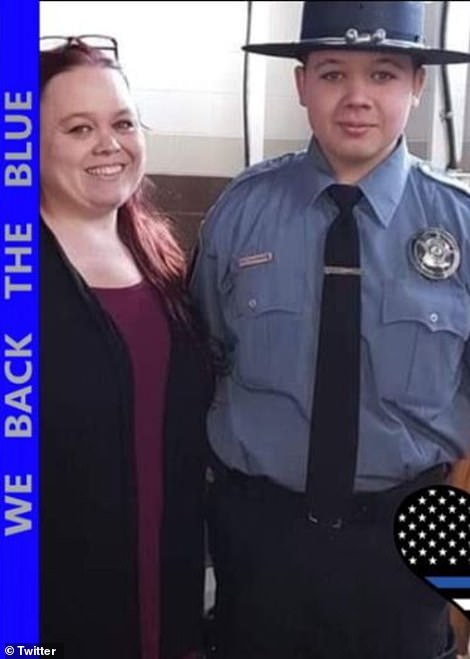 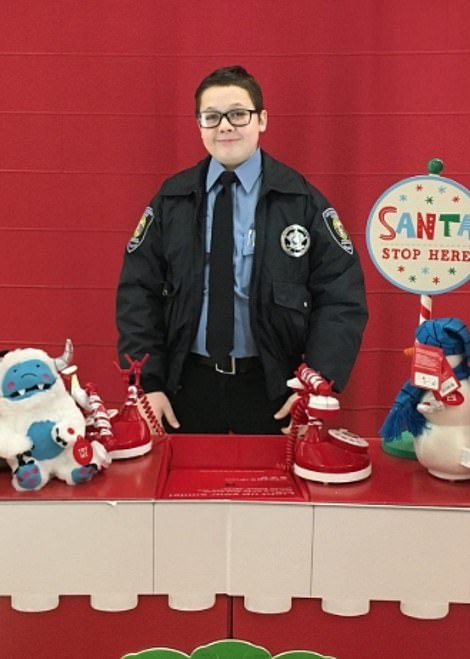 Much of Rittenhouse’s Facebook is devoted to praising law enforcement, with references to Blue Lives Matter – the movement that supports police. He also previously participated in a youth public safety cadet program (right), according to social media 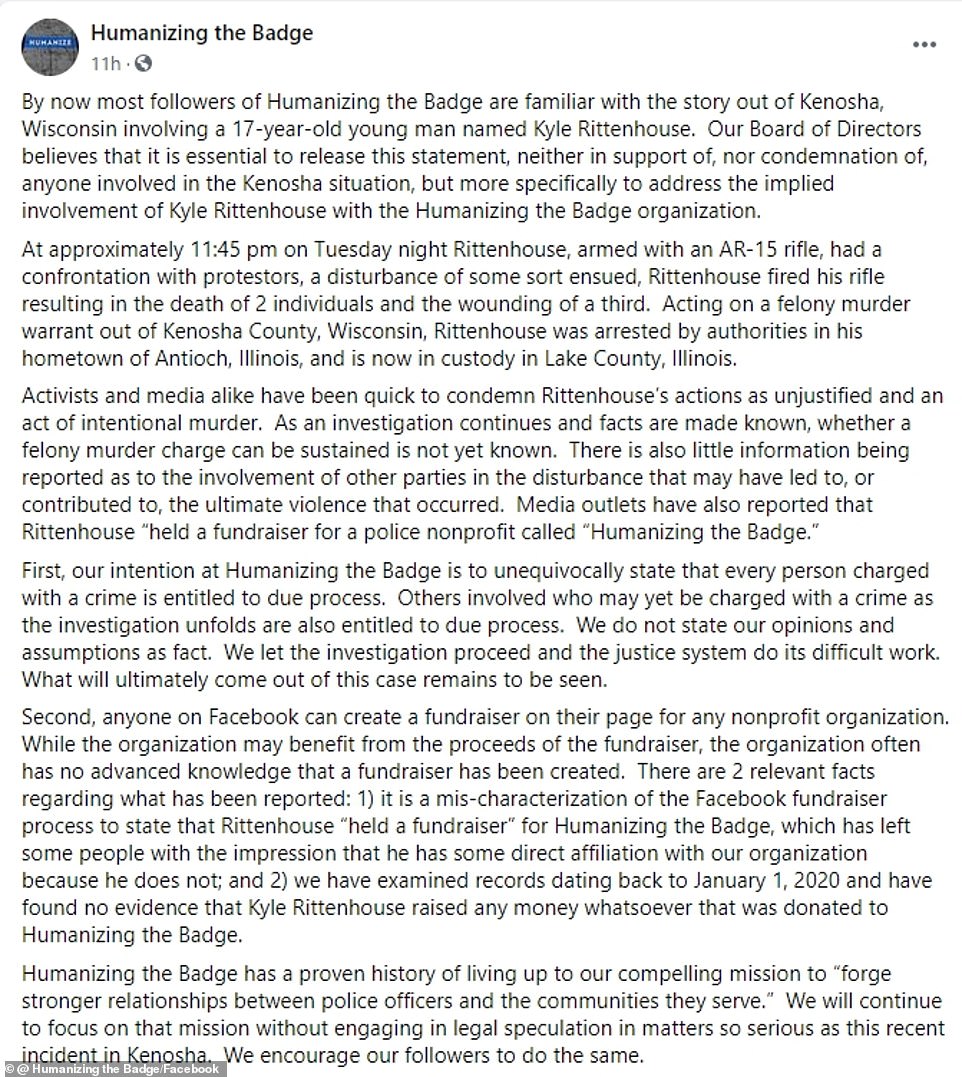 The nonprofit organization on Thursday released a lengthy statement addressing the teenage gunman’s links to the group, saying the Facebook fundraiser does not necessarily mean Rittenhouse had a direct affiliation.

‘Our Board of Directors believes that it is essential to release this statement, neither in support of, nor condemnation of, anyone involved in the Kenosha situation, but more specifically to address the implied involvement of Kyle Rittenhouse with the Humanizing the Badge organization,’ the charity said.

‘There are 2 relevant facts regarding what has been reported: 1) it is a mischaracterization of the Facebook fundraiser process to state that Rittenhouse ‘held a fundraiser’ for Humanizing the Badge, which has left some people with the impression that he has some direct affiliation with our organization because he does not.

‘And 2) we have examined records dating back to January 1, 2020 and have found no evidence that Kyle Rittenhouse raised any money whatsoever that was donated to Humanizing the Badge.’

The organization said it supported everyone’s right to due process adding that it does not state ‘opinions and assumptions as fact.’

‘We let the investigation proceed and the justice system do its difficult work. What will ultimately come out of this case remains to be seen,’ the statement read. 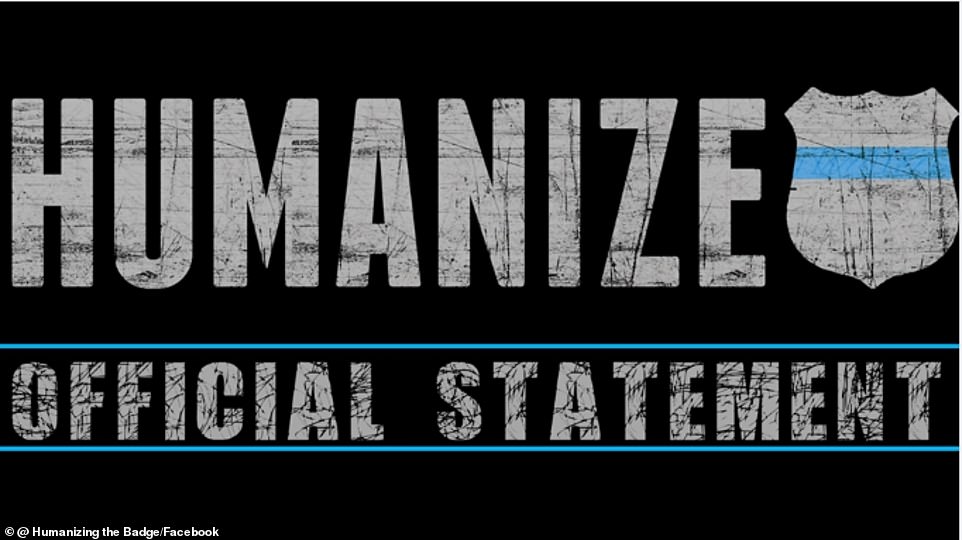 Much of Rittenhouse’s Facebook page was devoted to praising law enforcement, with references to Blue Lives Matter, a movement that supports police. He also can be seen holding an assault rifle.

In a photograph posted by his mother, he is wearing what appears to be a blue law enforcement uniform as well as the kind of brimmed hat that state troopers wear.

A now-deleted TikTok account, believed to belong to the teen, also shows a video he took at the event.

US warns of resurgence of North Korea’s BeagleBoyz hacking gang