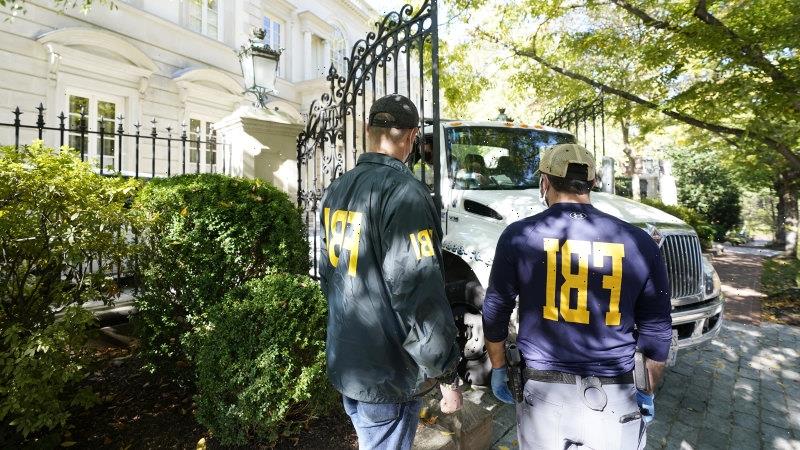 Washington: FBI agents raided homes in Washington and New York City linked to Oleg Deripaska, a Russian billionaire with ties to the Kremlin and to Paul Manafort, the onetime chairman of Donald Trump’s 2016 US presidential campaign.

The agents carried boxes out of a mansion in one of Washington’s wealthiest neighbourhoods, with yellow “CRIME SCENE DO NOT ENTER” tape across the front yard and towed away a vehicle. 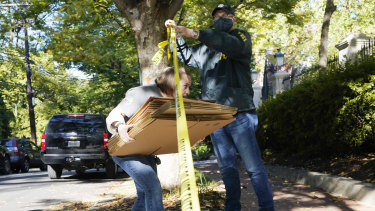 A federal agent walks boxes to a home of Russian oligarch Oleg Deripaska in Washington, DC.Credit:AP

A spokesperson for the US Federal Bureau of Investigation confirmed on Tuesday (Wednesday AEDT) the agency was conducting a court-authorised law enforcement activity at the home, which the Washington Post has previously reported was linked to the Russian oligarch.

The specific reason for sealing off and searching the Washington mansion was not immediately clear, and the FBI spokesperson did not provide details.

A representative for Deripaska said the home, as well as the one in New York, belong to relatives of the oligarch. Reuters could not immediately determine Deripaska’s whereabouts. 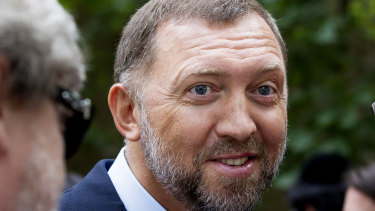 Deripaska, 53, has been under US sanctions since 2018. Washington imposed sanctions on him and other influential Russians because of their ties to Russian President Vladimir Putin after alleged Russian interference in the 2016 election.

Deripaska once employed Manafort, who was convicted in 2018 on tax evasion and bank fraud charges and was among the central figures scrutinised under investigations of alleged Russian meddling in the 2016 election, which Moscow denies. 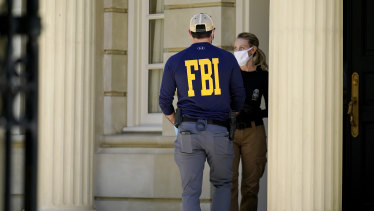 The report also alleged Manafort collaborated with Russians, including Deripaska and a Russian intelligence officer before, during and after the election.

Deripaska owns part of Rusal via his stake in the giant aluminum producer’s parent company En+ Group . Washington previously dropped sanctions against both companies but kept them on Deripaska.

Rusal’s Moscow-listed shares extended losses after the report of the raid on the Washington home, falling 6 per cent.

The representative for Deripaska, who declined to give their name because of company policy, confirmed the raid on both homes and said they belong to Deripaska’s family rather than the executive himself.

The representative said the searches were carried out on the basis of two court warrants related to the US sanctions but provided no further details.

De-Fi Insurance Protocol Solace, Backed by Polygon, NEAR, and Aave is Now Live