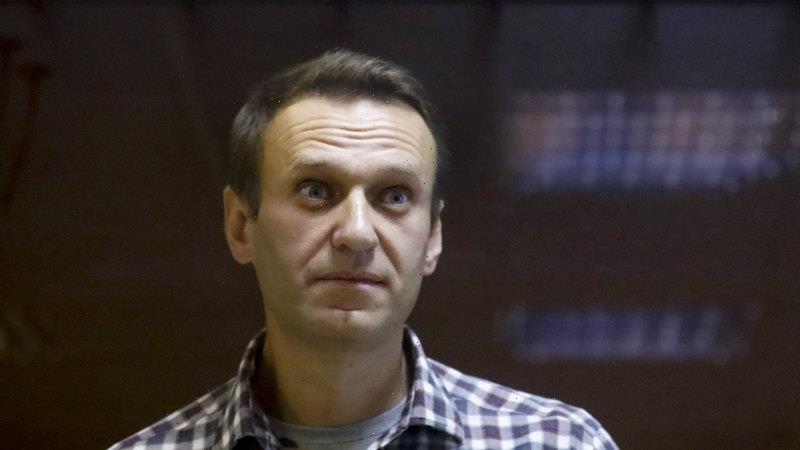 Moscow’s state prosecutors want the court to ban the network as extremist, dealing a body blow to the activists led by President Vladimir Putin’s most high-profile opponent, who last week ended a more than three-week hunger strike. 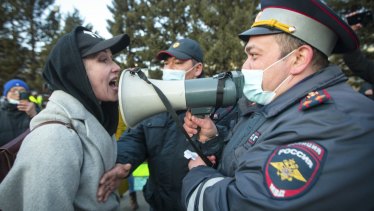 A woman argues with police officer during a protest in support of jailed opposition leader Alexei Navalny in Ulan-Ude, the regional capital of Buryatia, a region near the Russia-Mongolia border.Credit:AP

If it is declared extremist, authorities will gain the legal power to hand down jail terms to activists and freeze bank accounts, essentially forcing the network to stop campaigning or go underground.

Navalny’s regional offices, which he began opening across Russia in 2017 as he announced a bid for the presidency before he was barred from standing for election, said they would stop posting anything on social media and were suspending operations.

“Unfortunately, we can no longer work in the old format. It’s not safe for staff and our supporters,” his office in St Petersburg said. Similar messages were posted by other offices.

The hearings are being held behind closed doors as authorities have classified some of the case details, said lawyer Ivan Pavlov, whose legal team is handling the case. The next hearing is due on Thursday. 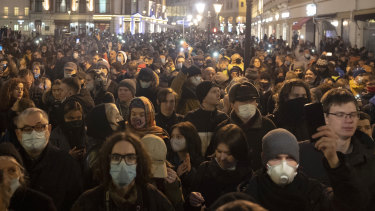 At a preliminary hearing on Monday, prosecutors asked the Moscow court to prohibit the groups from taking part in elections, organising protests or publishing anything online, said Leonid Volkov, an associate of Navalny.

The prosecutor has accused Navalny’s groups of plotting to destabilise the political situation and working to promote a popular revolution.

“We all understand perfectly that there is no extremism in (our) work… The extremism allegation is being used purely as a pretext for political repression,” Volkov said.

The Kremlin declined to comment on the court action against Navalny.

Tens of thousands of people took to the streets across Russia last Wednesday in support of Navalny and more than 1800 were detained.

Dmitry Oreshkin, a political analyst, said the authorities had “finally decided on a strategy for dealing with Navalny while he is in jail”.

“The regional structure that he has created with great effort, loss and expense must be destroyed, all of his people must be intimidated, the most desperate must be jailed, and the rest simply dispersed,” Oreshkin said. 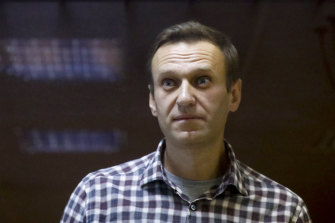 One source close to the authorities said the Kremlin no longer regarded Navalny as a serious political threat inside Russia despite his high profile abroad.

“He will serve out his full prison sentence,” the source said, a reference to a 2-1/2 year sentence for a conviction that Navalny and his supporters say is politically motivated. “For now, he is no longer a problem.”

Last year Navalny accused Putin personally of being behind a poison attack with a nerve agent that he managed to survive. Russian authorities denied any involvement in the attack.

Last week Navalny, 44, said he would end a hunger strike after getting medical care for acute back and leg pain. He had previously accused the prison detaining him of denying him proper treatment.

Navalny’s allies still hope to disrupt parliamentary elections in September with a “smart voting” strategy in which they will call on Russians to back politicians running against the ruling United Russia party.

“We have the time, the will and the strength to restructure our work…and to beat United Russia,” said Volkov.

Ex-Tanium employees say they're receiving bids to buy their shares, but the company often grabs those shares itself
Technology