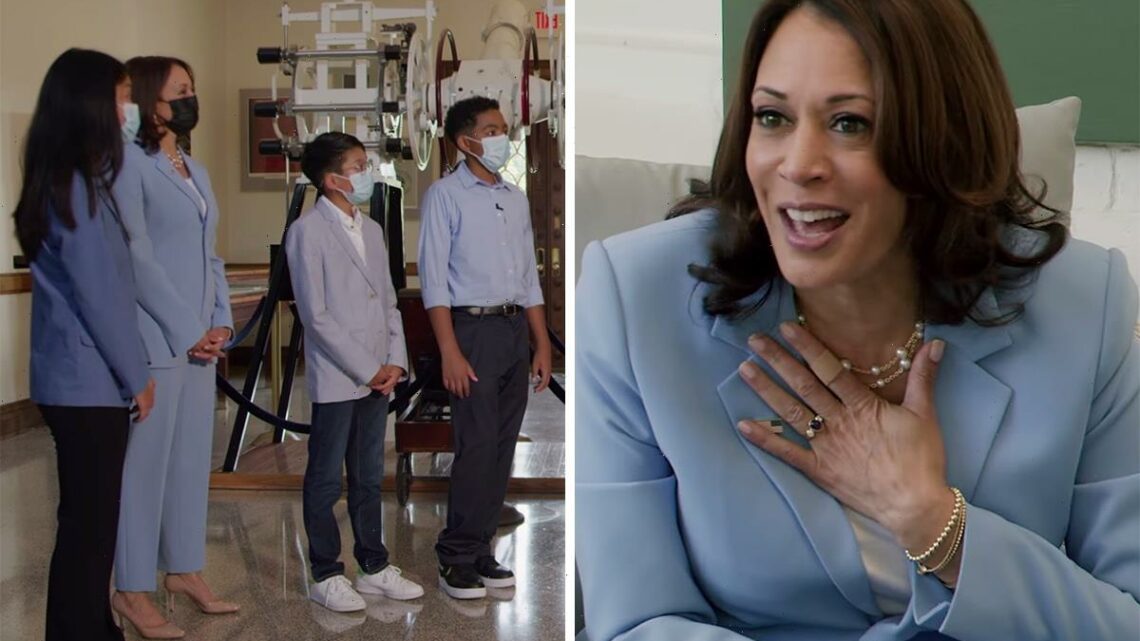 THE children that appeared with Kamala Harris in a cringe-worthy Nasa YouTube video were actors who auditioned for the roles, it has been revealed.

The "Get Curious with Vice President Harris" video was released last week during World Space Week, and is part of a YouTube series with the goal of getting children interested in space. 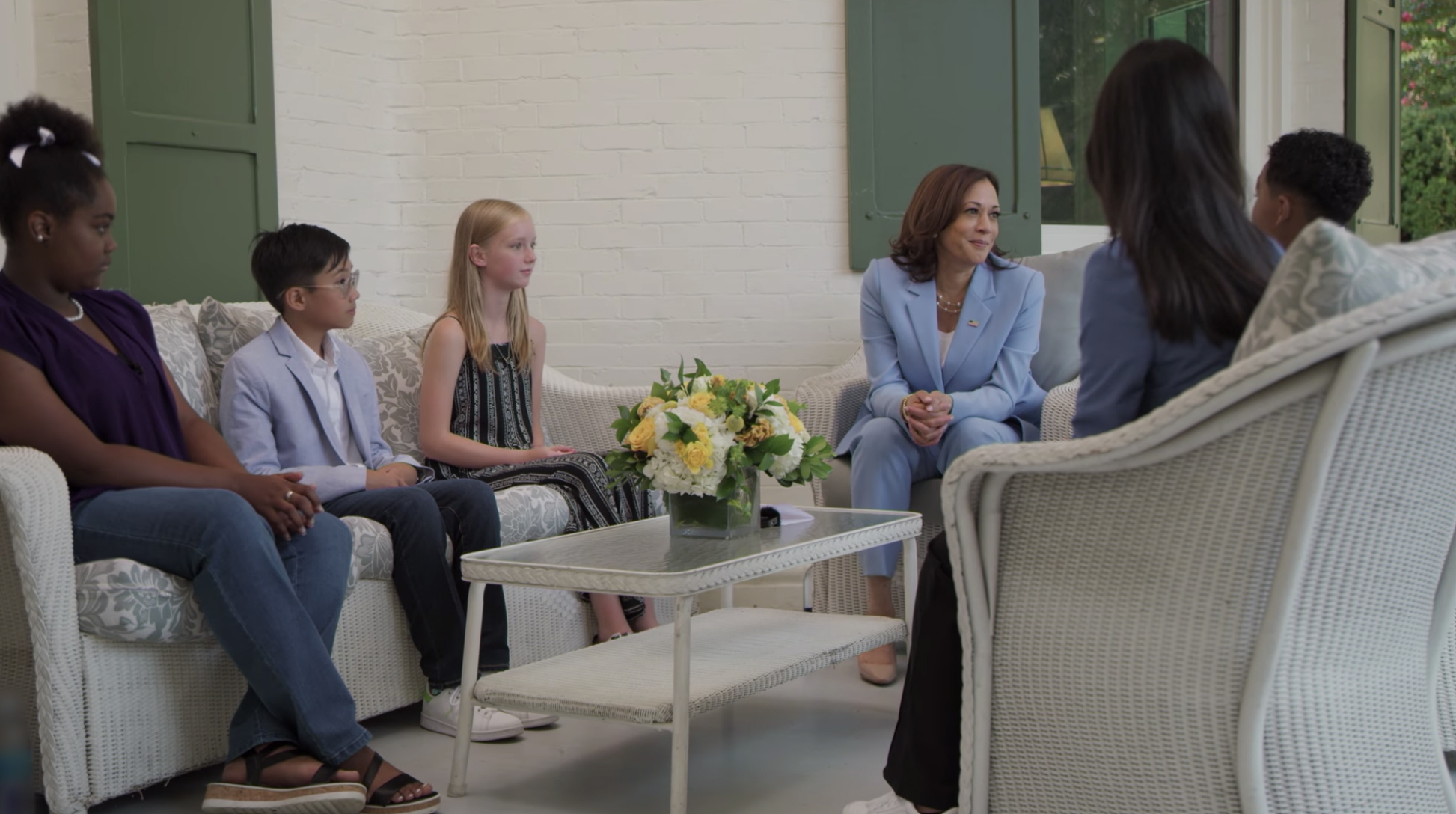 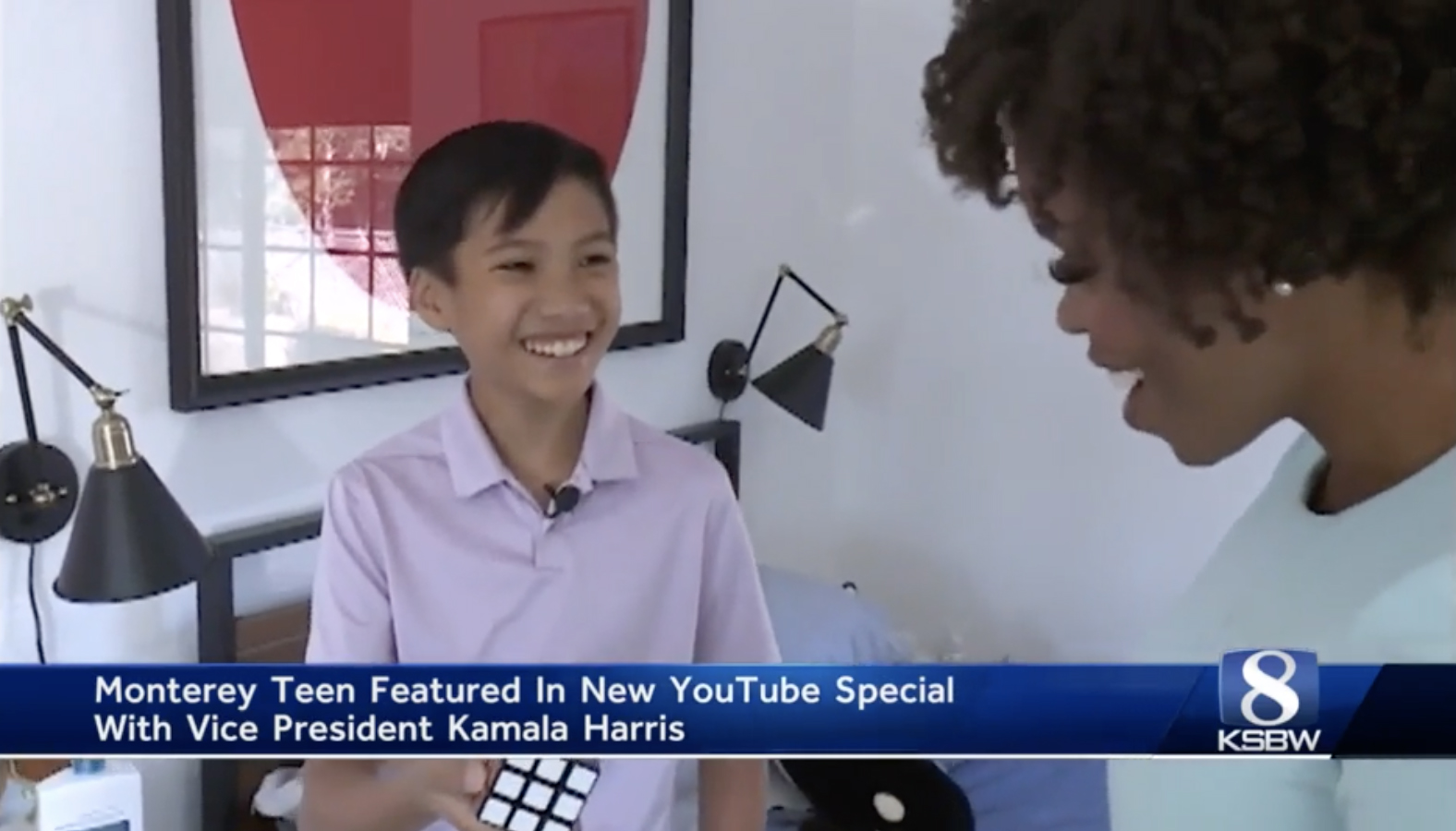 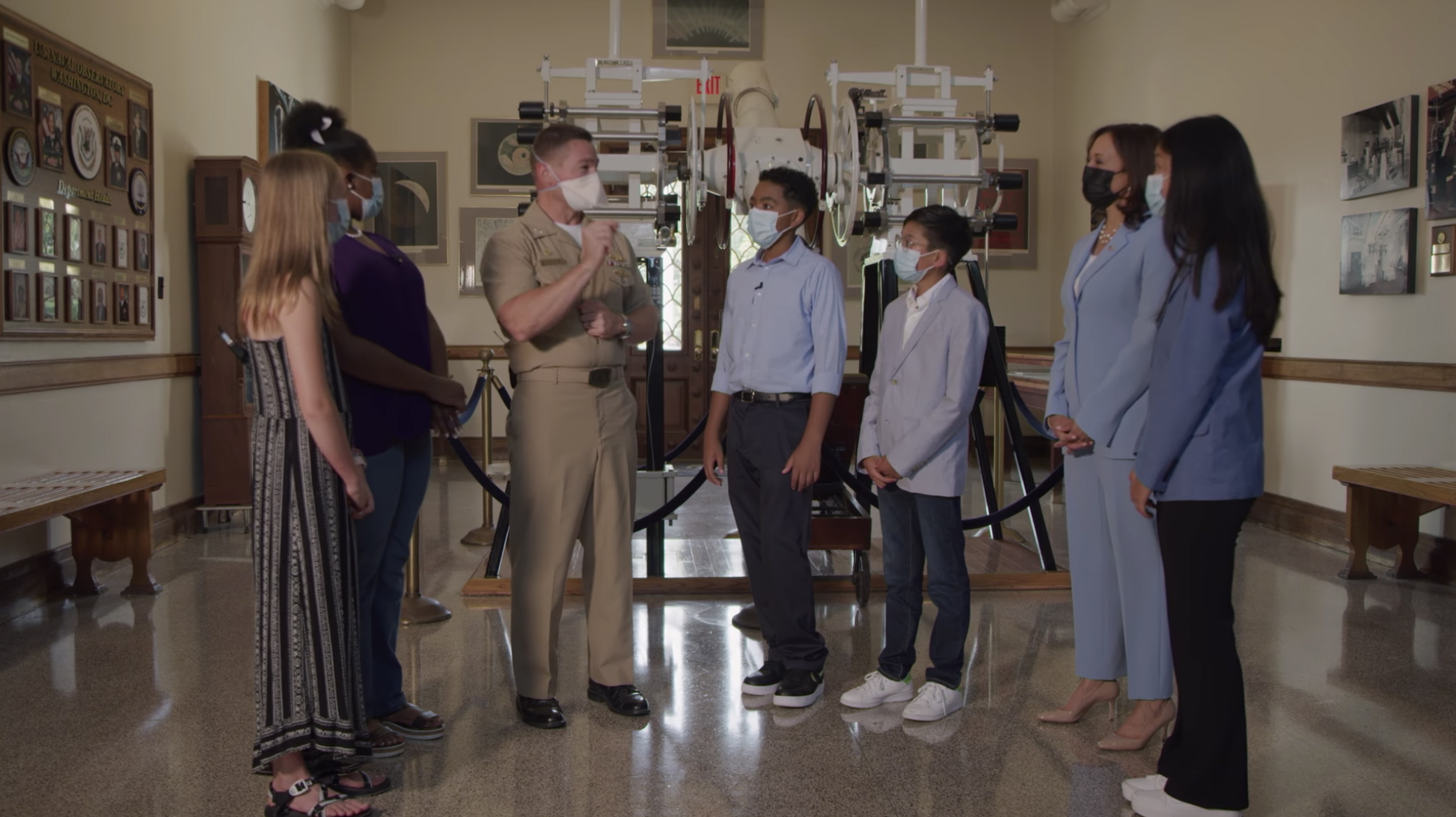 The spot shows the VP having a conversation with five teens as she expresses her love for "the idea of exploring the unknown."

One of the child actors, Trevor Bernardino, 13, told KSBW that in order to be considered for the role he had to send in a monologue talking about something he's passionate about, as well as three questions he would ask a world leader.

The high school freshman from Carmel, California, then had to interview the director of the video "so they could get an insight into Trevor's interviewing skills."

"Then after that, like a week later my agent called me and was like 'Hey Trevor, you booked it,'" shared the teen.

Trevor and his family did not know who he would be interviewing, only that they would be traveling to Washington DC to interview someone "important."

“He’s a child actor — he’s been trying to do this type of thing for a while. And so he has a manager and an agent in LA and they send him castings,” Trevor's father Carlo told the Washington Examiner.

The video shows the children meeting Harris at the Naval Observatory, where the vice president lives.

Harris introduces herself to them as the chairwoman of the National Space Council- a position she was appointed to earlier this year.

Before they meet Harris, the child actors meet with astronaut Shane Kimbrough who, from the International Space Station, directed them on a scavenger hunt to find tools to build a telescope.

"The most exciting part was definitely meeting Vice President Harris. There’s nothing that can top that. Like honestly, she just sat us down. She’s super charismatic. She’s everything that I ever thought of her, plus more," Trevor said.

At one point in the video an enthusiastic Harris shows the children the Naval Observatory's high-tech telescope.

"You guys are gonna see, you're gonna literally see the craters on the moon with your own eyes!" she says.

"Watch it again, watch your own soul die as you do. It's the fake is thing that's ever been caught on video but in fact it's even faker than it looks," Carlson said of the video, which many have branded "cringe-worthy."

The comments, however, have been disabled. 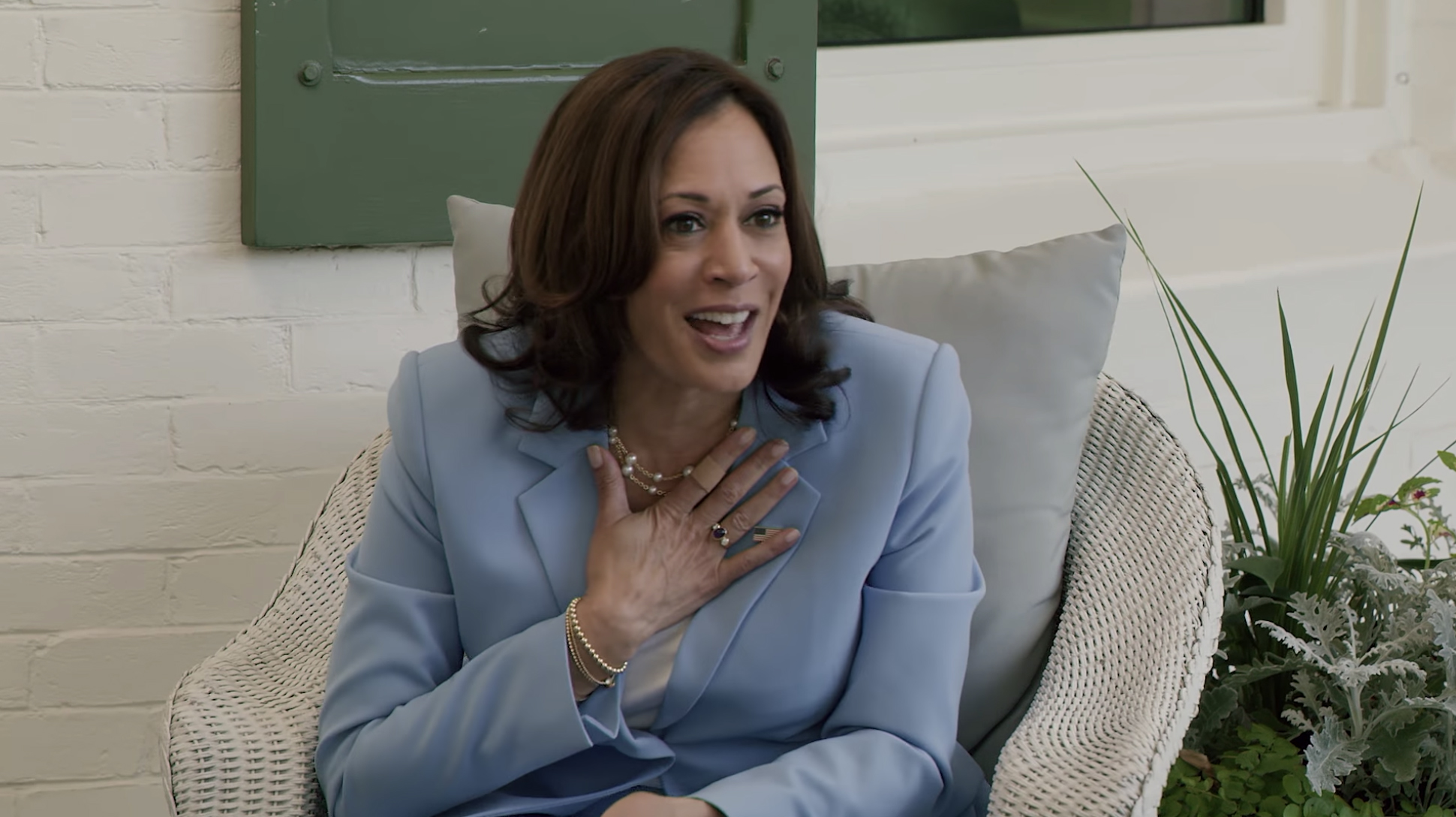 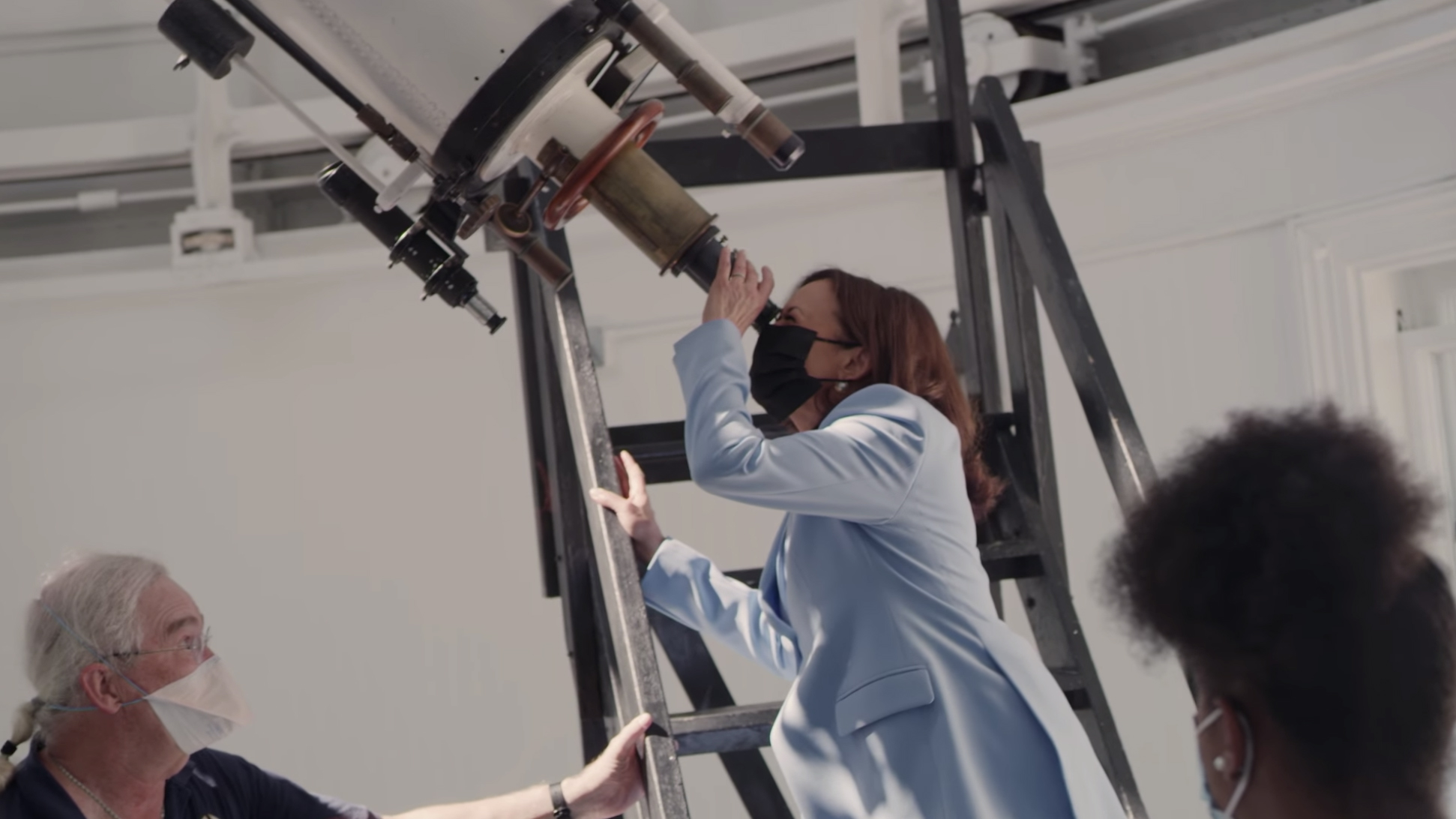 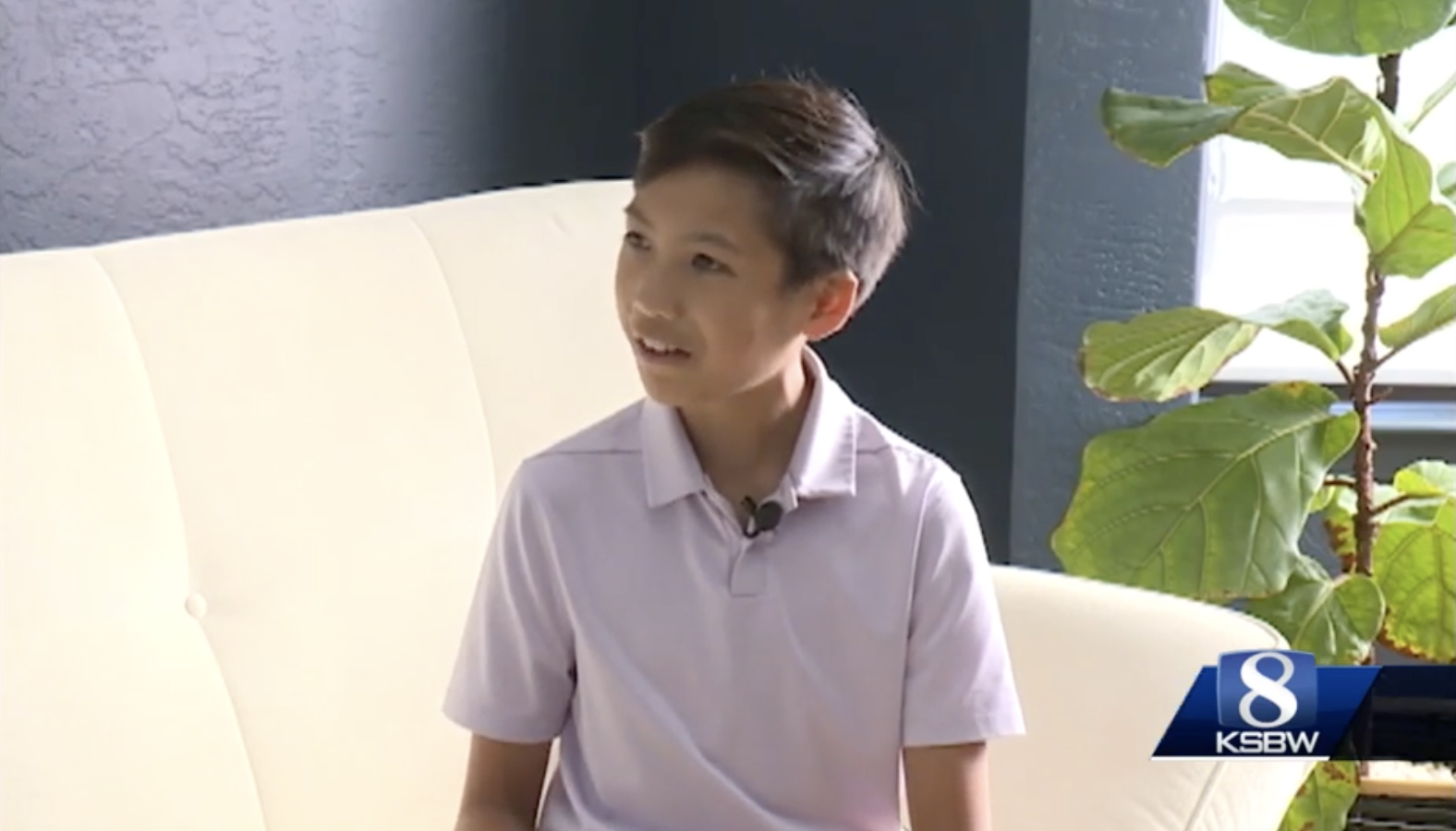