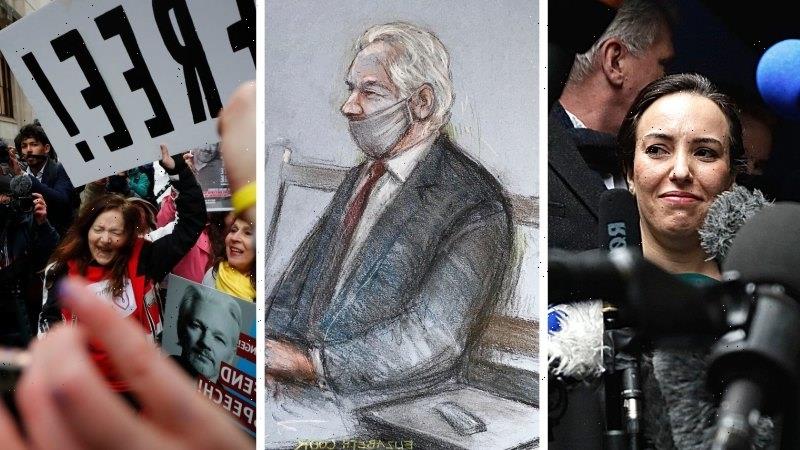 Julian Assange suffered a stroke last month during his High Court appeal, his fiancee has revealed on social media.

Assange’s partner and the mother of his two children, Stella Moris, posted on social media that the WikiLeaks founder had suffered a stroke in October and that he needed to be freed from prison. She did not provide an update on his condition following the stroke. 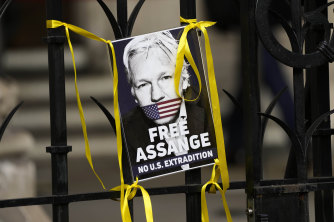 A poster of Julian Assange is attached to the gate at the entrance the High Court in London on Wednesday.Credit:AP

Around the time of the stroke, Assange was reported to have attended his hearing intermittently throughout more than five hours of hearings. He appeared dishevelled, wearing an untucked shirt, baggy trousers, a dark tie and had a face mask covering only his mouth. His white hair reached his shoulders.

On Friday, the United States government moved a step closer to extraditing Assange to face trial over his leaking over the WikiLeaks cables after securing a victory in England’s High Court.

Lord Justice Holroyde overturned a previous judge’s ruling that Assange should not face legal proceedings in the US because he might take his own life.

He ordered the court to send his case to Britain’s Home Secretary Priti Patel to determine whether the Australian citizen should be sent to the US.

Assange will remain in Belmarsh prison, and Ms Moris said his lawyers would appeal against the “abusive and vindictive” prosecution.

“Julian’s lawyers are intending to appeal to the Supreme Court on this decision,” she told supporters outside the court earlier this week.

“For how long can this go on? We will fight, every generation has an epic fight to fight and this ours.”

Assange will remain in Belmarsh Prison until a final decision is made.

The Sydney Morning Herald and The Age have contacted Assange’s lawyers and Ms Moris for further comment.