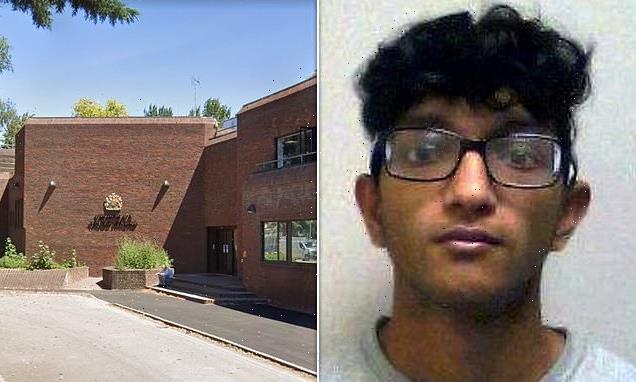 Jealous student jailed for 11 years for running over his girlfriend

Jealous student is jailed for more than 11 years for running over his girlfriend, 18, at party after accusing her of cheating because she had messages on her phone from another man

A jealous student ran over his girlfriend at a party and left her with life-changing injuries after accusing her of cheating because she had messages from another man.

Lakshmam Samarakoon has been jailed for more than 11 years after he flew into a rage and mowed down his partner in Amersham, Buckinghamshire, with his parents’ car.

Victim Dina Sapra, who was 18 at the time, was left with multiple broken bones in her left leg and injured so severely doctors considered amputating the limb.

She had been an avid swimmer, playing netball and tennis, as well as getting four A*s in her A-levels, but had to put her academic life on hold and will never be able to compete in her beloved sports again. 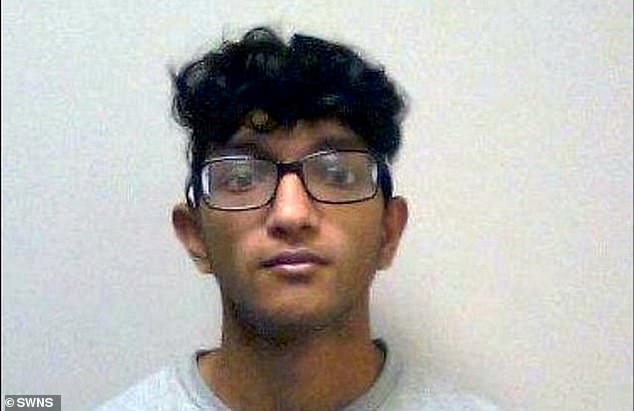 Lakshmam Samarakoon (pictured) called 999 immediately after running over his girlfriend, telling the police he had made ‘a terrible mistake’

The 20-year-old defendant had a pattern of controlling behaviour – constantly tracking his girlfriend’s movements on Snapchat, spying on her phone for messages from other boys, checking her pictures to see who she was with and regularly blocking any male contacts.

When Ms Sapra went on holiday with her family to Dubai in 2018, Samarakoon told her he would kill himself when he saw pictures of her socialising with other people.

His bullying culminated just after midnight last July 12, when both the defendant and Ms Sapra went to a mutual friend’s 18th birthday party in Amersham.

Ms Sapra arrived first and when Samarakoon, then aged 19, got to the party in his parents’ Vauxhall Astra he saw messages from a male friend on his girlfriend’s phone.

Samarakoon accused her of cheating on him and took the device, going back to the vehicle and getting into the driver’s seat.

Ms Sapra followed, demanding he return her mobile, but out in the cul-de-sac, Samarakoon reversed the hatchback, forcing Ms Sapra to jump out of the way.

CCTV footage played at Aylesbury Crown Court showed Samarakoon immediately get out of the car and go to Ms Sapra as she lay in the road while talking on the phone.

The court later learned he had called 999 and Samarakoon confessed to the crime, asked for police to come and arrest him and said he had made a “terrible mistake”.

Expert analysis revealed that the car was going at a speed below 17mph at the time of the impact.

Claire Robinson, prosecuting, said during Samarakoon sentencing hearing: “He wanted to be the biggest priority in her life.

“There was less trust in her and he wanted to see photos, check her phone and sometimes blocked contact from boys she had contact with on social media..” 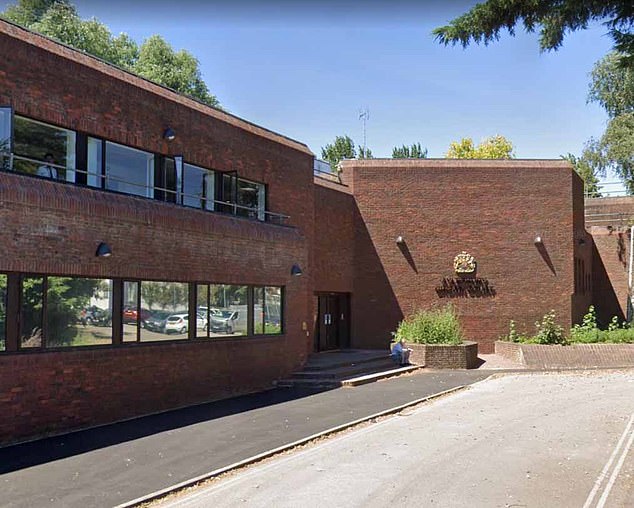 Judge Francis Sheridan sentenced Samarakoon to 11 years and eight months in prison after he pleaded guilty to one charge of grievous bodily harm with intent.

Sentencing him, the judge said: “This was a wicked offence driven by jealousy. This was the worst decision you have ever made in your own selfish way.

“This was your girlfriend who you have effectively maimed for life. This was an offence driven by jealousy on a loving girl.

“You believed you deserved to have the ultimate say as to what she did with her own life, you had no right.

“After you crashed into her, when sense descended and you tried your best to prevent whatever you could, she didn’t want you to touch her. Who can blame her?

“It’s not a knife, it’s not a gun, but it was just the same damage when you deliberately drive into somebody.

“It just shows everybody you can destroy someone’s life chances even at slow speeds if you deliberately mow them down.”

Samarakoon also received an eight-year driving ban, which will come into effect when he gets out of prison on licence.

He has also been handed an indefinite restraining order against his victim.

Another charge Samarakoon pleaded guilty to was causing serious injury by dangerous driving and drink driving.

He was not given a separate penalty for the drink driving charge but was handed a four-month jail term for dangerous driving, which will run concurrently to the rest of his sentence.

Before ending the hearing, Judge Sheridan told Ms Sapra’s family members in court: “I wish her the best recovery she can. You can continue to be fiercely proud, and I am confident that she will continue to be the pride of your lives.”