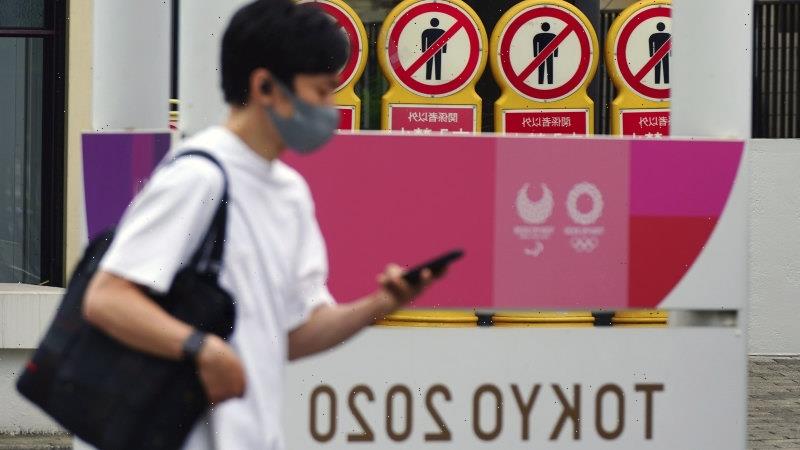 Japan’s joyless Olympics may be the saddest Games ever

TOKYO: There will be joy and drama, glory and grief, among Olympic competitors. But next month’s pandemic-era Games in Tokyo are destined to go down as the most joyless of modern times with athletes sequestered and cheering banned.

In the past few weeks, Japan’s government has dramatically accelerated its slow vaccination program. Confidence is growing that at least some domestic spectators might be able to attend events. 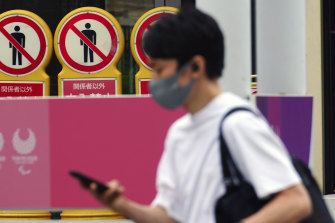 The Olympics are pressing ahead, despite the risks of COVID spreading. Credit:AP

Yet this awakening appears to have come too late to alter the lockdown atmosphere. As other rich nations move closer to a return to post-pandemic normalcy, Tokyo is still labouring under a state of emergency.

Instead of basking in anticipation of the opening ceremony on July 23, Japan is mired in blame, recriminations and laments that it didn’t have to be this way.

Some people point the finger at former prime minister Shinzo Abe, who pushed for an Olympic postponement of just one year from last summer, gambling that vaccines would be widely available in Japan and he’d still be in office. He was forced to resign due to ill health last year.

More complaints target the International Olympic Committee for resolutely pushing ahead with the Games despite widespread public opposition in Japan – including appeals by medical professionals to call off the Olympiad. 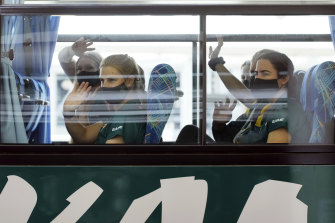 Prime Minister Yoshihide Suga pledged on Wednesday to vaccinate everyone by October or November. But while most people over 65-years-old will have been given two vaccine doses by the time the Games begin, most people under 65 won’t be covered at all.

Japan has now delivered a first dose of the coronavirus vaccine to around 10 per cent of its population, one of the slowest among wealthy industrialised nations.

Japan has been struck less forcefully than many Western nations by the pandemic, but has still suffered vast economic damage and more than 13,600 deaths, a high total for East Asia.

Still, the government kept to the normal way of doing things: procedural, methodical and, above all else, risk-avoiding, experts said.

There is a proverb in Japan that people here are so cautious they even knock on a stone bridge before crossing it, to test its strength. But, a joke goes, so many people knock on the bridge so much they actually break it.

“Japanese people don’t want to fail, and that’s why they fail,” said Ishii.

Japan has a history of vaccine hesitancy among the general public, thanks to several past vaccine safety scares. But the scepticism is no greater than France, which has rolled out the vaccine much faster.

Japan also demands vaccines undergo trials within the country before being approved, and the Health Ministry ignored widespread warnings that applying this rule to vaccines would dangerously delay the program.

Japan insisted on trials with fewer than 200 participants, delaying approval of the Pfizer-BioNTech vaccine until February and Moderna until May, compared to December 2020 for both vaccines in the United States.

Kentaro Iwata, a professor of infectious diseases at Kobe University, calls it an example of what is known here as “yattafuri,” showing you are doing something without actually doing anything: a superficial approach that values procedure over outcomes.

In late April, Prime Minister Suga acknowledged that the domestic trial requirement isn’t appropriate in an emergency and should be dropped in future.

“Even though we are in a state of crisis, we’re still using the same rules to approve vaccines that we do under normal times,” the minister in charge of vaccines, Taro Kono, said in a May television interview, clearly frustrated by his own inability to change the system.

One of the biggest problems has been a shortage of manpower to deliver the shots, with doctors already struggling to cope with the pandemic.

Makito Yaegashi, chief of general medicine at Kameda Medical Centre, who trained and practiced in the United States, said it was “super obvious” Japan should harness its 310,000 pharmacists to administer vaccines, as the United States and around 25 other countries have done. Yaegashi organized an online petition that attracted more than 24,000 signatures and presented it to vaccine minister Kono last month.

Authorities rejected the proposal to train pharmacists to carry out the simple procedure.

“There is an extreme aversion to risks,” Yaegashi said. “If there is a risk, we tend to avoid it, whereas in fact we should compare the risk to the benefit, and then decide what to do.”

Public opposition toward holding the Games appears to have softened in recent weeks as the pandemic’s grip has lessened and the pace of vaccinations picked up.

Yet doctors’ and medical associations have called repeatedly for the Olympics to be postponed or canceled.

The government’s most senior medical adviser, Shigeru Omi, even joined the chorus last week, arguing it was “abnormal” to hold the Games during a pandemic, an extraordinary intervention from a man who tends to defend government policy in public.

“To keep arguing the Games is safe does not mean anything,” Hitoshi Oshitani, a virology professor who has also played a leading role in the government’s covid response, said in an interview.

“We have to do a proper risk assessment,” he said, echoing a call made in the New England Journal of Medicine. “They should have started this process a year ago.”

Already, at least 10,000 out of the 80,000 Olympic volunteers have pulled out, with organisers finally promising this week to look into obtaining vaccines for those who stay.

Kaori Yamaguchi, an executive board member of the Japanese Olympic Committee, said it was “truly a shame” the government’s vaccination effort did not begin two months earlier, arguing that Japan had been “cornered” into going ahead with the Games despite widespread misgivings.

“What will these Olympics be for and for whom? The Games have already lost meaning and are being held just for the sake of them,” she wrote in an op-ed for Kyodo News. “If we push on like this, even if the Olympics stir our emotions we will be left with a bitter aftertaste.”

$2m down, but not out: the mum taking Aussie-style networking to the US