The League party chief told supporters that he wants to avoid early elections. "I can give you my commitment that this government will go ahead. Still, you have to be two to tango," the Ansa news agency reported him as saying. 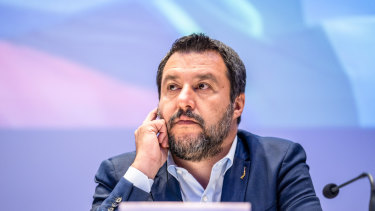 Salvini spoke after Prime Minister Giuseppe Conte used a Sunday interview with Il Corriere della Sera to say he expects the government will survive and 'thrive' beyond May's European elections. The prime minister also said there are some signs of a recovery in the Italian economy, with a 'growth decree" due to be approved April 23.

The most recent round of bickering, which also includes disagreements over funding for the city of Rome, could mean that political issues will take up the full session of a scheduled Cabinet meeting Tuesday, with the growth plan's approval delayed possibly until early next week.

What Are the Challenges Facing Online Casinos Accepting Bitcoin?
Technology