General Mohsen Karimi, a Guards commander in the city of Arak, northwestern Iran, said staff at the agencies had been arrested partly through sharing pictures of the models on social media, the news agency Fars reported.

Iranian authorities have repeatedly visited fashion events and targeted online modelling agencies that post photos online of models wearing Western-style clothes as they do not adhere to the Islamic hijab rules. 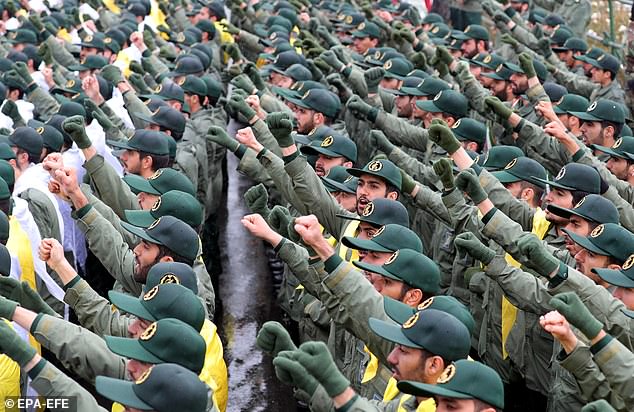 ‘Those who disregard norms and think they can do whatever they want in cyberspace should know that, sooner or later, the hands of the law will catch up with them,’ Karimi said.

Officials in Iran have long warned that the influence of Western and American culture through entertainment and social media poses a threat to Islamic and revolutionary values.

Wearing the hijab is compulsory for women in Iran, but since December 2017 there have been several incidents when women removed their headscarves in public as a sign of protest.

In March, reports on social media said that two women in Kangavar, western Iran, were arrested for removing their hijabs in on of the city’s main streets. 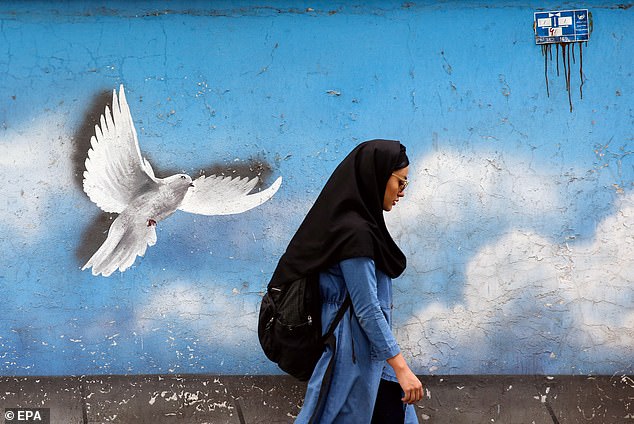 Women in Iran must wear the hijab, but since December 2017 there have been many protests

They walked some distance before being detained, Radio Farda reported.

The husband of one of them recorded a video of the protest and said he will defend his wife as she has the right to be without hijab.

In Iran, a social media campaign called White Wednesdays has emerged against the law which forces women to wear a headscarf.

Using the hashtag #whitewednesdays, citizens have been posting pictures and videos of themselves wearing white hijabs or white pieces of clothing as a symbol of protest.

Ethereum And Microsoft Team Up To Create A Blockchain Platform For Luxury Brands, AURA

After A Frightening Correction Bitcoin (BTC) Bounces Back To Nudge At The $8,000 Position
Technology