Intelligence officers will give evidence on Manchester Arena attack

A public inquiry will be established to investigate the deaths of the victims of the Manchester Arena terror attack, Home Secretary Priti Patel revealed today.

Retired High Court judge Sir John Saunders will lead the inquiry into the attack at an Ariana Grande gig in May 2017 which left 22 people dead and 260 injured.

Sir John was nominated by the Lord Chief Justice to lead the investigation and inquest into the deaths caused by Salman Abedi, 22, detonating a suicide vest. 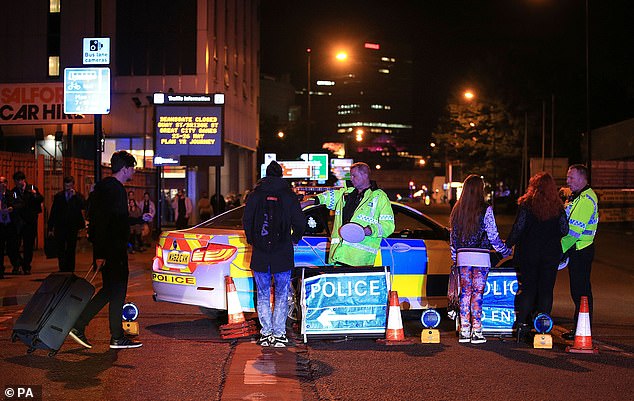 Ms Patel said she made the decision after ‘careful consideration of advice from Sir John that inquest proceedings should be adjourned and an inquiry established’.

She said: ‘It is vital that those who survived or lost loved ones in the Manchester Arena attack get the answers that they need and that we learn the lessons, whatever they may be.

‘This process is an important step for those affected as they look to move on from the attack and I know that they want answers as quickly as possible.

‘I am determined to make this happen, while ensuring the proper processes are followed. 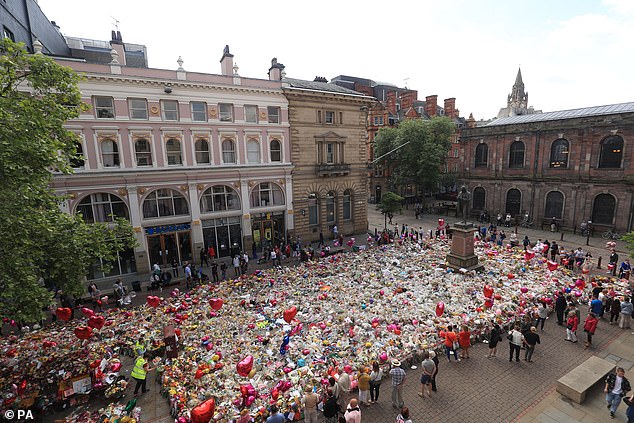 Flowers and tributes left in St Ann’s Square in Manchester in June 2017, following the attack

‘Now that the coroner has decided that an inquest cannot properly investigate the deaths, I have agreed to establish an inquiry to consider all the information so that he can make appropriate recommendations.’ 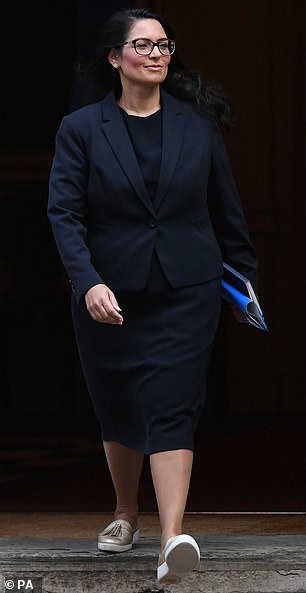 The Government insisted the inquiry ‘will have the same scope as the current inquest’ and the arrangements for it will now be a matter for the chair.

A spokesman said: ‘The Home Office will provide support and ensure that the inquiry has the resources that it needs.’

In the aftermath of the attack there was a nationwide outpouring of grief with families and friends of the victims left devastated.

The attack saw 22 people killed by the improvised explosive device which was carried in a rucksack. More than 260 were injured, with 600 people reporting psychological harm.

The 22 victims of the Manchester Arena bombing in May 2017

Elaine McIver, 43: The off-duty police officer died in the attack, which injured her husband and children

Saffie Rose Roussos , 8: The youngest victim was separated from her mother and sister in the seconds after the blast.

Sorrell Leczkowski , 14: Schoolgirl died in the bomb blast, while her mother, Samantha and grandmother Pauline were badly hurt.

Eilidh MacLeod , 14: Confirmed dead having been missing since being caught up in the blast with her friend Laura MacIntyre.

Nell Jones , 14: Farmer’s daughter travelled to the pop concert with her best friend for her 14th birthday.

Olivia Campbell-Hardy , 15: Her family searched desperately for her for nearly 48 hours and even went on TV to plead for news, before they learned of her death.

Megan Hurley , 15: The Liverpool schoolgirl was with her brother who suffered serious injuries in the blast.

Georgina Callander , 18: Met Ariana Grande backstage at a previous gig and died in hospital with her mother at her bedside.

Chloe Rutherford , 17, and Liam Curry , 19: Couple from South Shields ‘wanted to be together forever and now they are’, their family said. 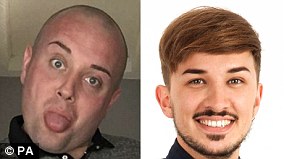 John Atkinson , 26: Pop fan from Radcliffe, Greater Manchester, was in a local dance group and was leaving the gig when the blast happened.

Martyn Hett , 29: Public relations manager from Stockport, who was due to start a two-month ‘holiday of a lifetime’ to the US two days later.

Marcin Kils , 42, and Angelika Kils , 39: Both killed as they waited for their daughters who both survived the blast.

Michelle Kiss , 45: Mother-of-three from Clitheroe, Lancashire, went to the gig with her daughter.

Alison Lowe , 44, and friend Lisa Lees , 43: Both killed when they arrived to pick up their teenage daughters who were not hurt.

Wendy Fawell , 50: Mother from Leeds was killed while picking up her children with a friend.

Jane Taylor , 50: Mother of three from Blackpool was killed as she waited to collect a friend’s daughter. 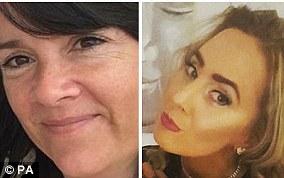 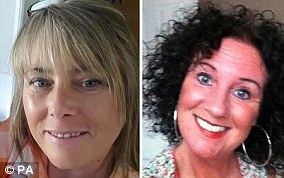