A former police inspector who was accused of sexually touching a junior female colleague and sending inappropriate emails has been found guilty of gross misconduct.

Jonathan McLeod, 38, who had been based in Basildon with Essex Police, would have been dismissed without notice but for his resignation in February 2020.

The Independent Office for Police Conduct heard that McLeod ‘abused his position for sexual purpose’ after he was alleged to have been ‘sexually inappropriate’ towards colleagues and sexually touching one on three occasions.

The hearing heard how the former police inspector also sent inappropriate emails to his peers and made comments of a sexual nature.

His behaviour was deemed an abuse of police powers, that was eventually perceived to have been a form ‘of serious corruption’ following an independent investigation. 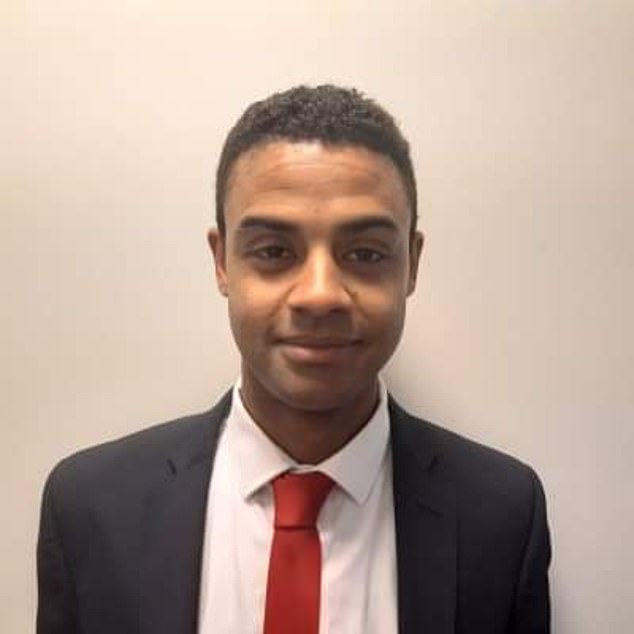 Jonathan McLeod, 38, ‘abused his position for sexual purpose’ after he was alleged to have been ‘sexually inappropriate’ towards colleagues and sexually touching one on three occasions according to the IOPC

Mr McLeod was accused of four counts of sexual assault of a woman over the age of 16 between 2016 and 2018. He denied the charges.

A court heard how he was said to have ‘repeatedly’ kissed a woman in Basildon Police Station and in the car park of Tesco Mayflower store.

He had been due to stand trial at Ipswich Crown Court last summer, but the Crown Prosecution Service dropped the charges against him and Mr McLeod was declared not guilty of all four counts.

The IOPC received a referral from Essex Police in December 2018 and completed its investigation the following December.

During the investigation, investigators interviewed Mr McLeod, analysed recorded communications from the email system and WhatsApp messages, and obtained statements from several witnesses, including some of the individuals he had been contacting. 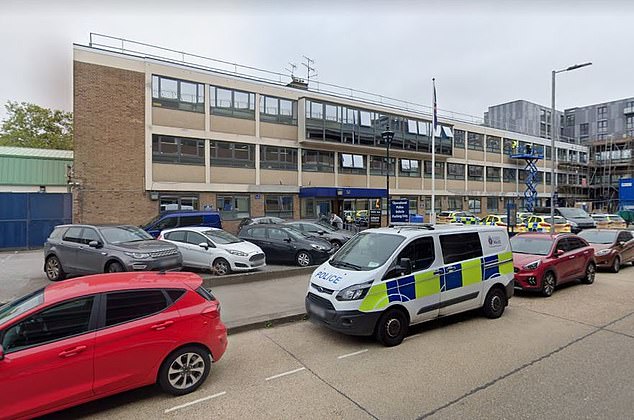 McLeod, who had been based at Basildon station (pictured above) with Essex Police, would have been dismissed without notice but for his resignation in February 2020

He did not attend the hearing or offer a defence.

Regional director Graham Beesley said: ‘The abuse of police powers for purposes of sexual exploitation is a form of serious corruption.

‘It has a devastating impact on victims, and a serious impact on the public’s confidence in individual officers and the service in general.

‘The officers involved included some who were lower ranking and one of them told our investigators she felt she could not report his behaviour because of his seniority and fear that she would not be believed.

‘This culture of behaviour, where colleagues cannot go about their work without fear, has no place in policing.’

The ruling came despite the CPS acquitting Mr McLeod of ‘kissing a woman repeatedly’ and sexual touching in August.

Can you make money with words? John Pitts explains how on CoinGeek Backstage
Technology