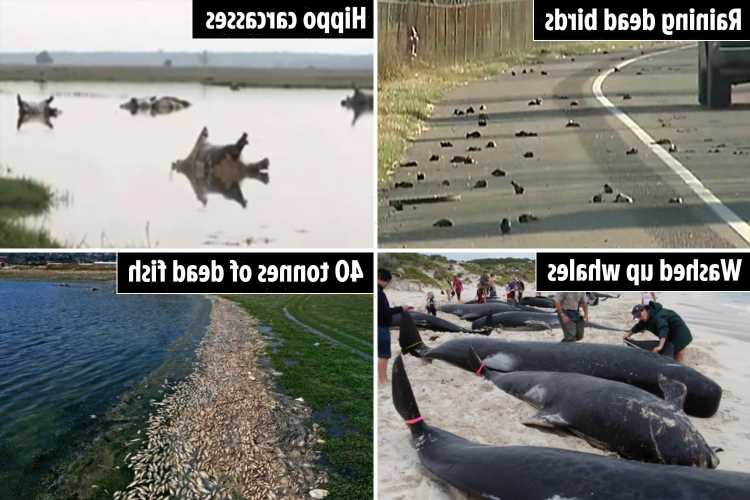 FROM dead birds falling out of the sky to hundreds of whales mysteriously washing up on beaches – there are some phenomena that baffle even the experts.

Last week shocked residents of a village in Russia watched in amazement as hundreds of dead ravens plummeted to earth, leaving the region "strewn with black bird bodies". 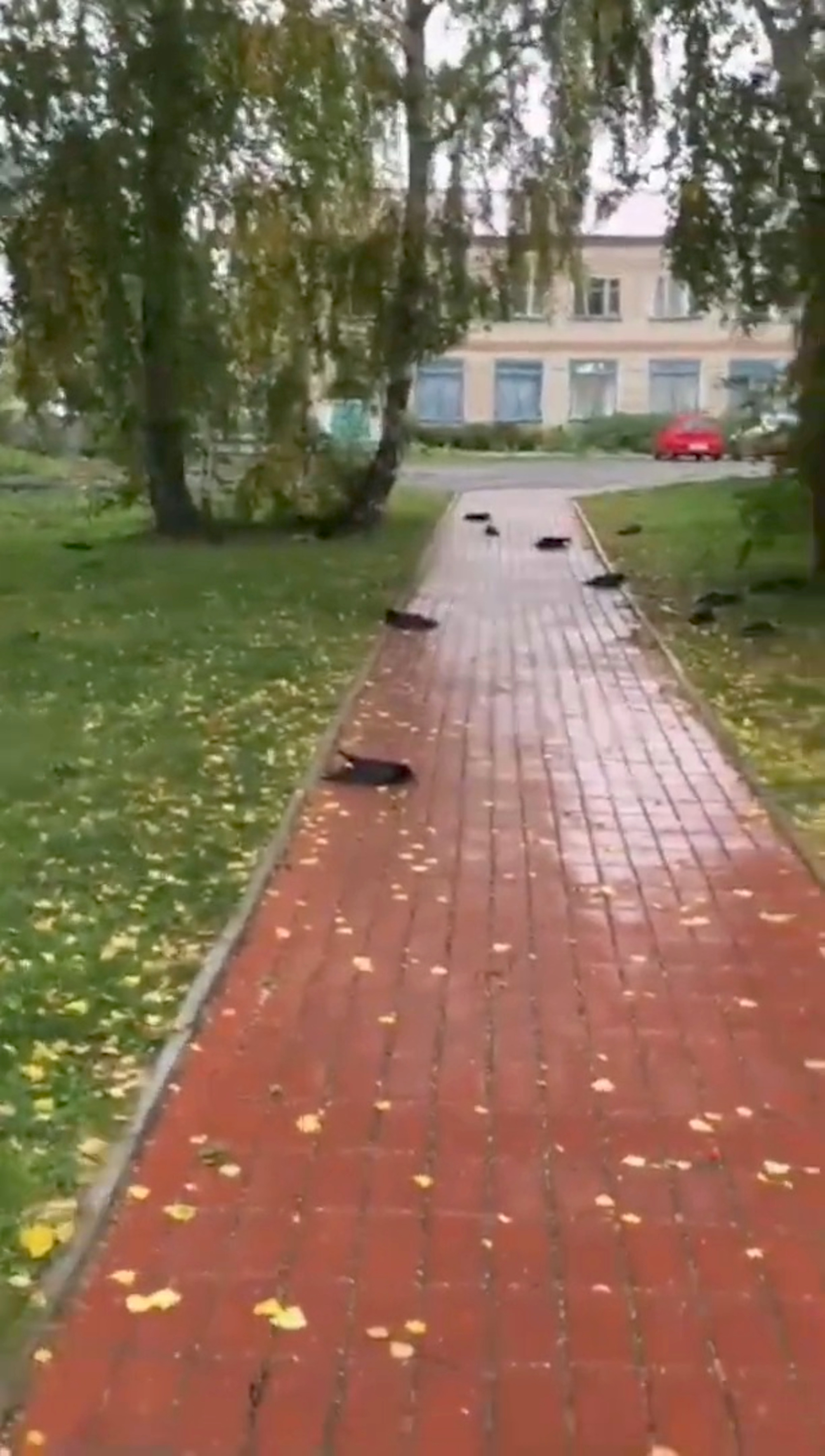 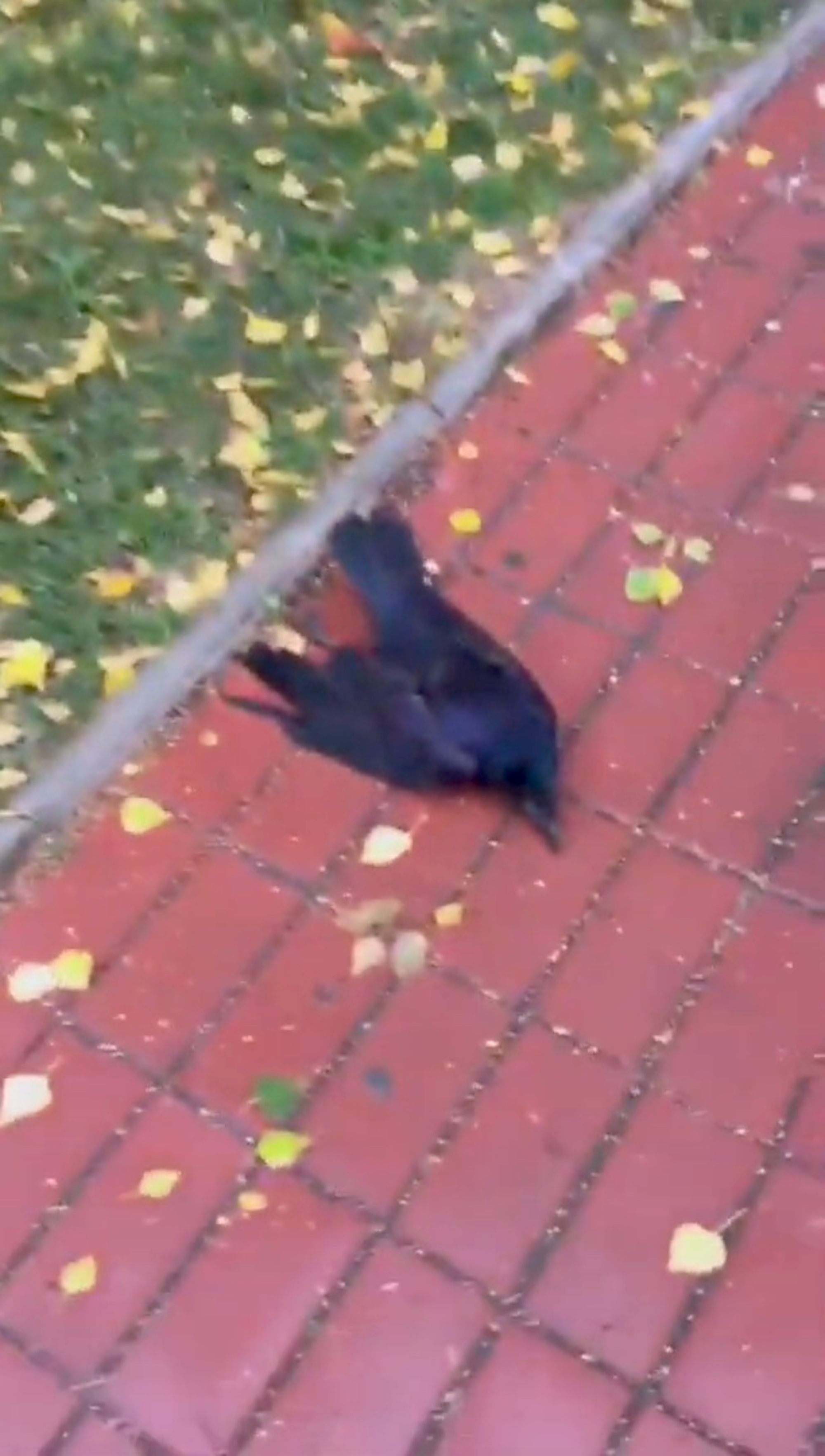 Sergei Kuzlyakin, chief physician of the Ust-Tarksk veterinary department who has worked as a doctor since 1975, said this is the first time he's ever seen such a bizarre event.

Some suggested it was the lead up to the end of times, and a new term was coined: the "aflockalypse".

Here we take a closer look at some of the other weird death mysteries over the years that have baffled experts around the world.

In April this year locals in Lebanon were left scratching their heads as a staggering 40 tonnes of dead carp floated to the surface of a lake.

Locals blamed polluted water caused by sewage and waste for the mysterious incident, which resulted in a stench for the nearby town and swarms of flies to spread across the Quaraoun Lake.

Authorities said they couldn't rule out disease, despite visible floating piles of rubbish among the decomposing carcasses.

The Litani River Authority (LRA) were called in to look into it, and said the thousands of floating fish were toxic and carried a highly contagious virus.

The affected carp were found to have internal bleeding, ruptured organs and ulcers.

The LRA advised people to avoid against fishing there due to an "aggravated disaster that threatens public health". 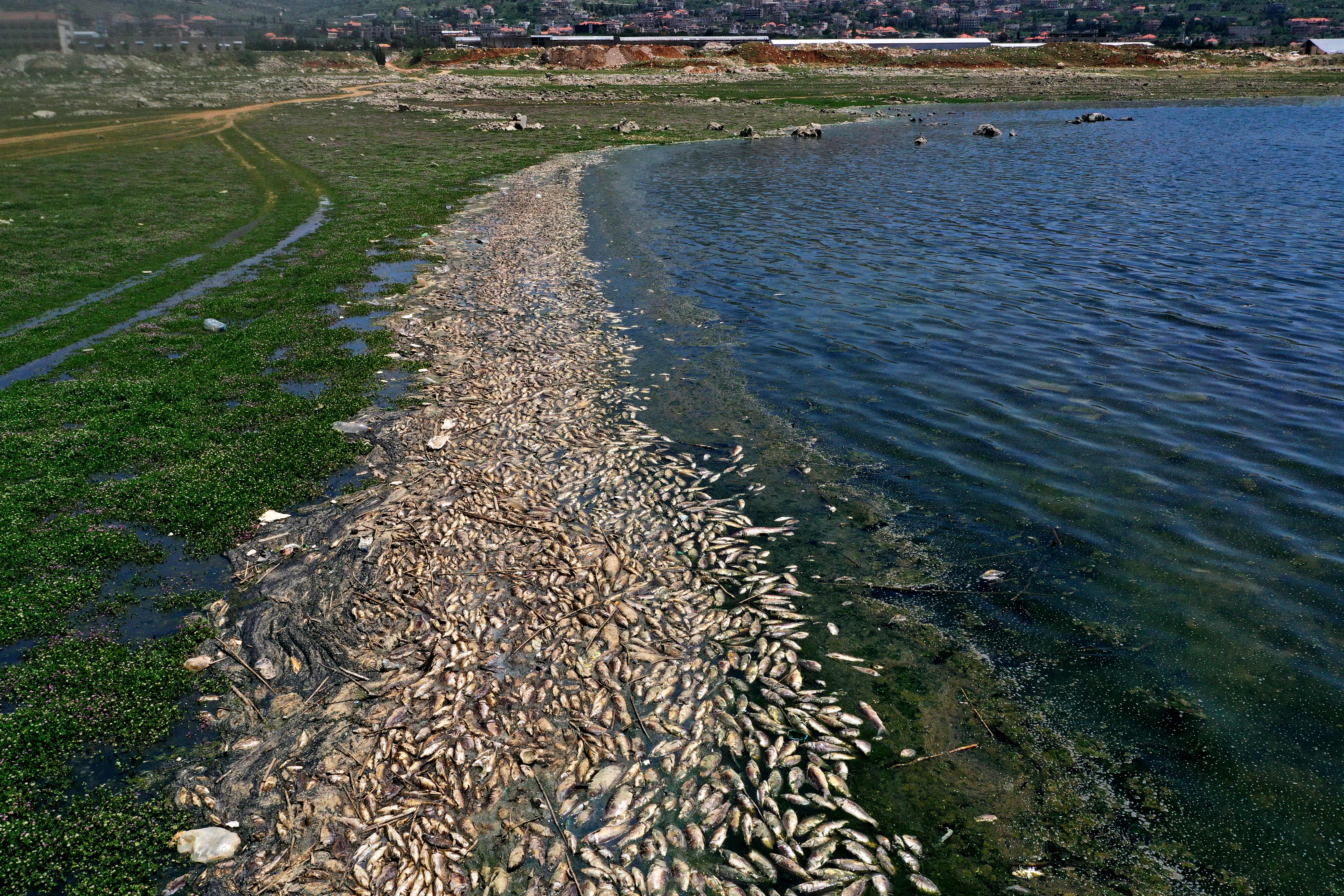 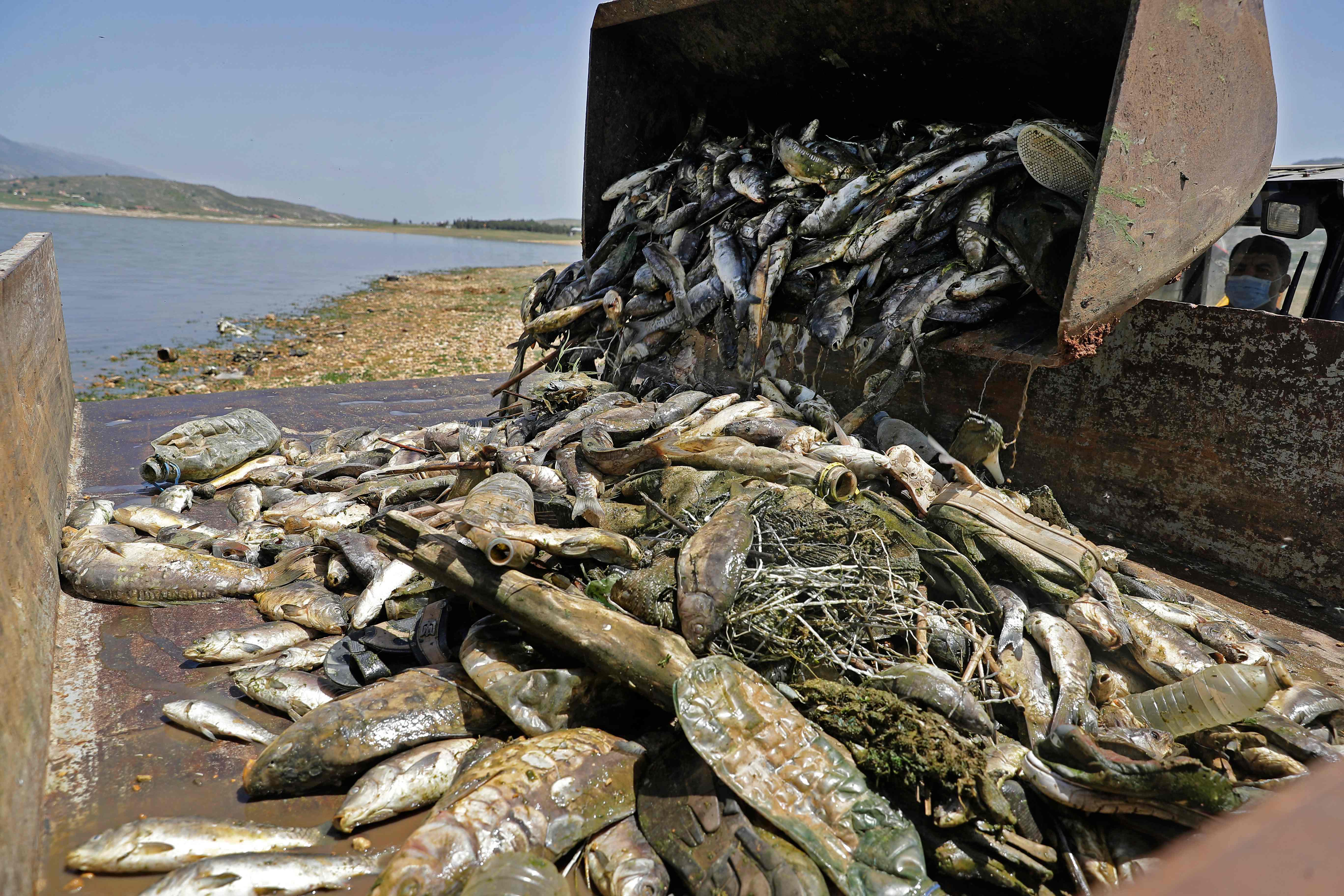 In July last year, thousands of fish were found dead in a 15-acre lake in Missouri following a thunderstorm.

A video taken by a local resident showed thousands of floating corpses, leading many to speculate over the cause.

One theory was that lightning struck the lake, but all of the turtles and snakes survived, suggesting that wasn't the cause.

Another suggested "toxic algae" was present in the water, but it wasn't affecting other species like ducks.

It was later reported by the Department of Conservation that several fish kills were reported in the area the same night. 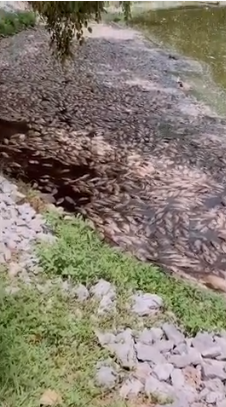 Fishermen in El Salvador were left stunned when between 300 and 400 sea turtle carcasses were discovered floating off the Central American country's Pacific coast in 2017.

A similar grim find was made in 2013 when hundreds of sea turtles were found dead off the same coastline, which was blamed on toxic algae eaten by the turtles. 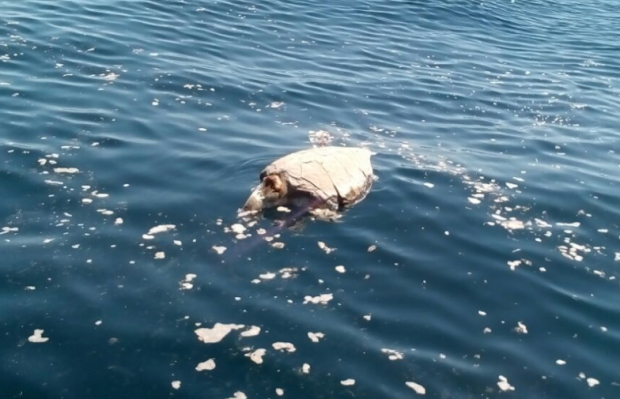 For two years in a row, residents of the small Arkansas town of Beebe were horrified to discover over 3,000 blackbirds dropped dead out of the sky on New Year's Eve.

Around the same time, thousands of dead fish also turned up in the Arkansas River, and the bizarre events prompted end of the world conspiracy theories.

Animal Care and Control worker Horace Taylor told ABC Radio: "There was just birds falling down on the street and people dodging and missing them".

Speaking to local radio, resident Melissa Weatherly said: "It was horrible, you could not even get down the road without running over hundreds. It was that bad."

It was later believed fireworks may have been responsible for the birds' mass exodus.

Scientists immediately started to investigate when they stumbled across 337 dead endangered Sei whales – the biggest single whale stranding ever of this species.

Their bodies were beached in a remote area of Patagonia, Chile, with biologist Vreni Haussermann reportedly describing the scene as “an apocalyptic sight”.

The discovery was made by Vreni and along with other scientists during an observation flight over fjords in the region.

In 2020 about 380 whales also died in Australia's largest stranding on record, with hundreds of long-finned pilot whales found beached on Tasmania's west coast.

In November 2004, 115 pilot whales and bottlenose dolphins also died after swimming onto beaches on two islands in southern Australia. 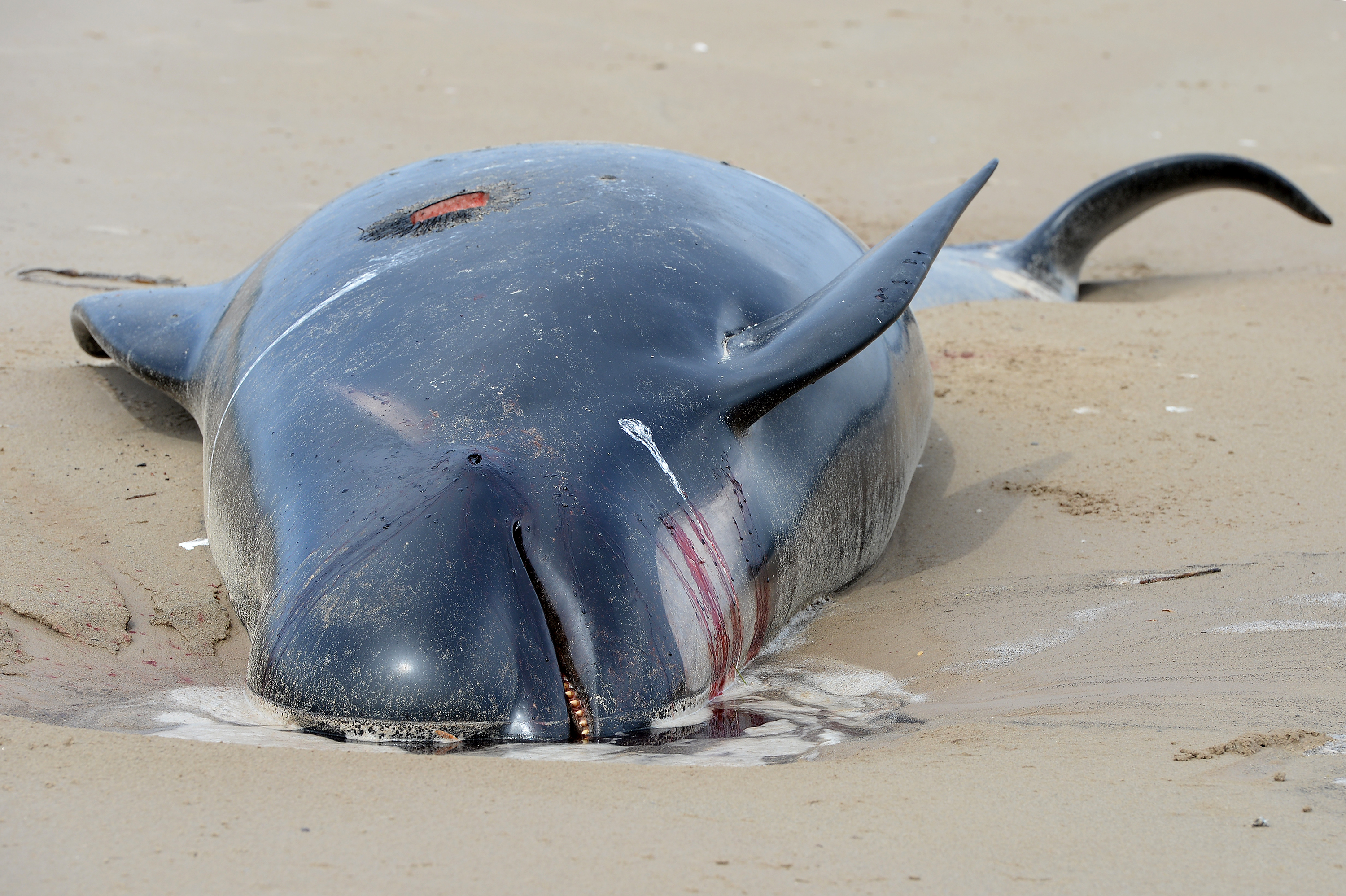 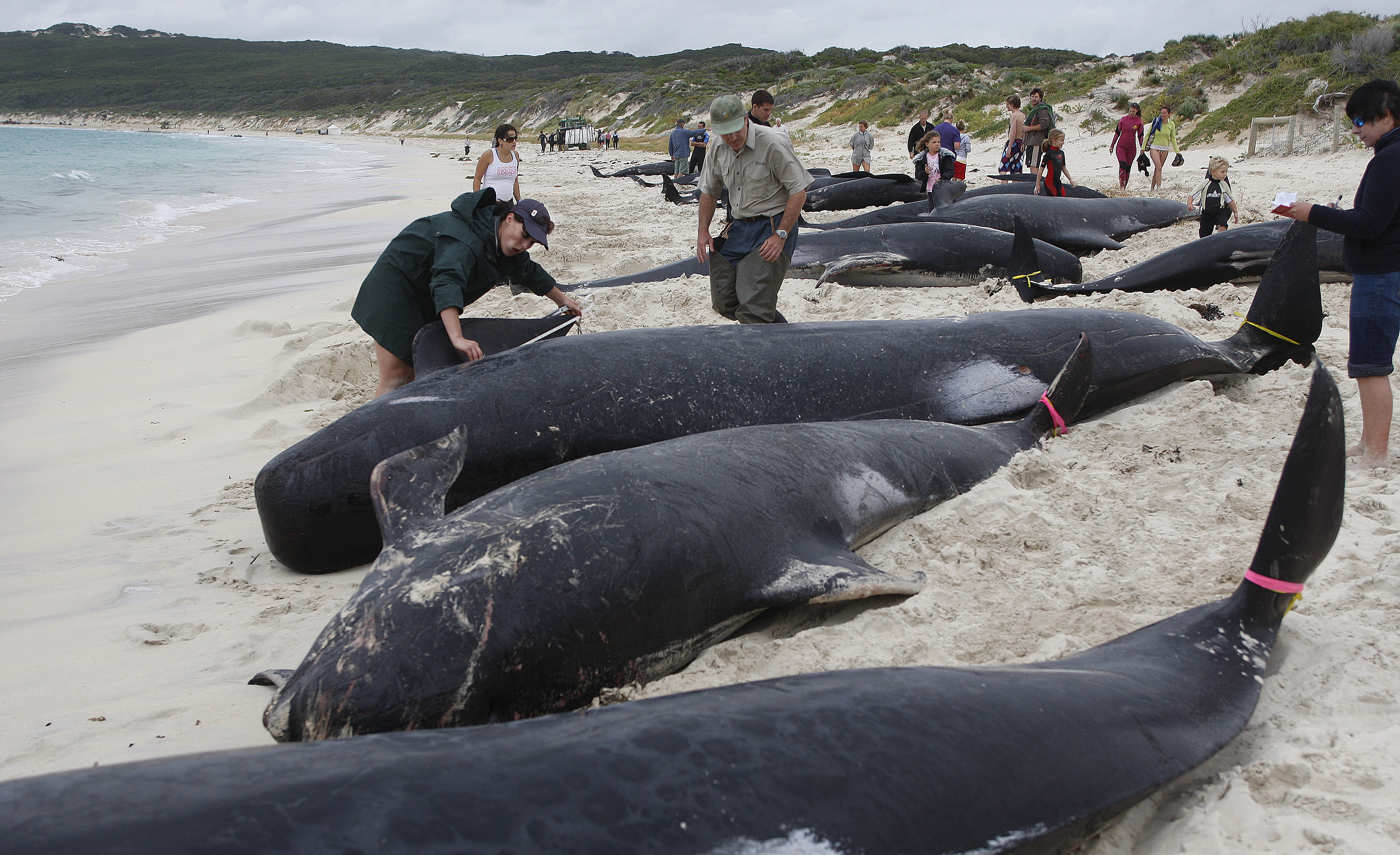 A huge clean up operation ensued in March 2011 when an enormous school of sardines apparently suffocated in a south California harbour, creating a sea of rotting fish.

Speaking about the discovery, police sergeant Phil Keenan said: "Some places, we have upward of two feet of dead fish on the bottom."

It is thought the school – consisting of millions of fish – possibly flooded the harbour waters while seeking shelter from a predator or simply becoming lost, before suffocating in the stagnant water. 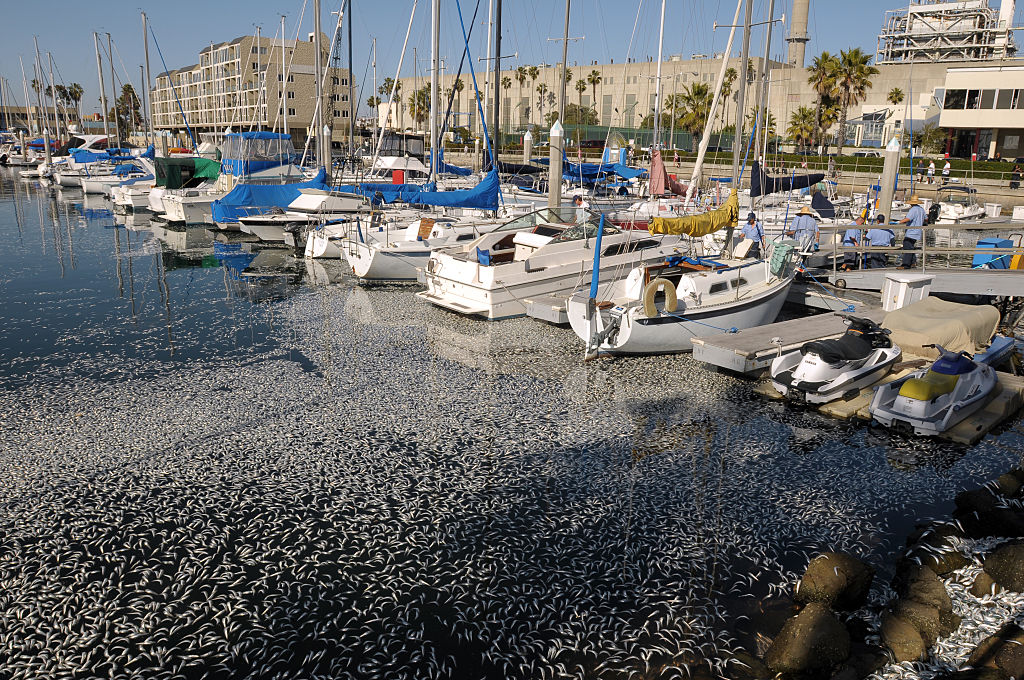 In January 2009, hundreds of Brown Pelicans were found dead or acting peculiar along the California coast, with the disorientated birds turning up on highways and even in the Arizona Desert.

Since then there have been bouts of similar behaviour over the years, with the birds in some years even failing to breed.

Though researchers are unclear exactly what triggered the birds' illness, it was thought their odd behaviour was due to a change in weather, which impacted the birds' diet.

There have also been past incidents of pelicans being sickened by algae. 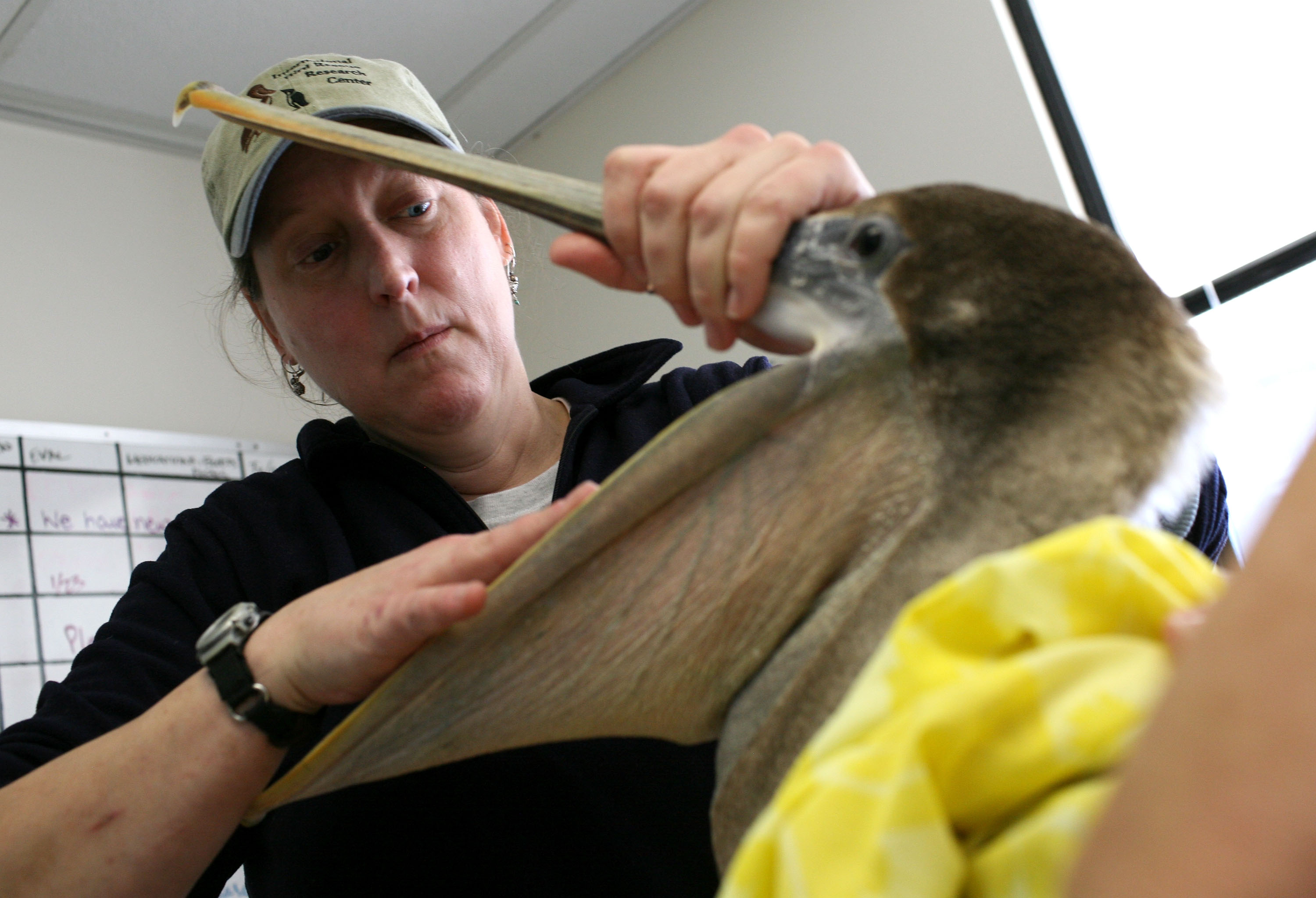 More than 100 hippos mysteriously died in a national park in Namibia in 2017, with the number potentially even higher as it was believed crocodiles may have eaten some of the carcasses.

Environmental official Pohamba Shifeta told AFP at the time: “Over 100 hippos died in the past week. The cause of death is unknown but the signs so far show that it could be anthrax."

In 2018 a similar situation occured in Malawi, with the discovery of 25 dead hippos.

Brighton Kumchedwa, director of Malawi's Department of National Parks and Wildlife, described the mass deaths as strange and "unprecedented". 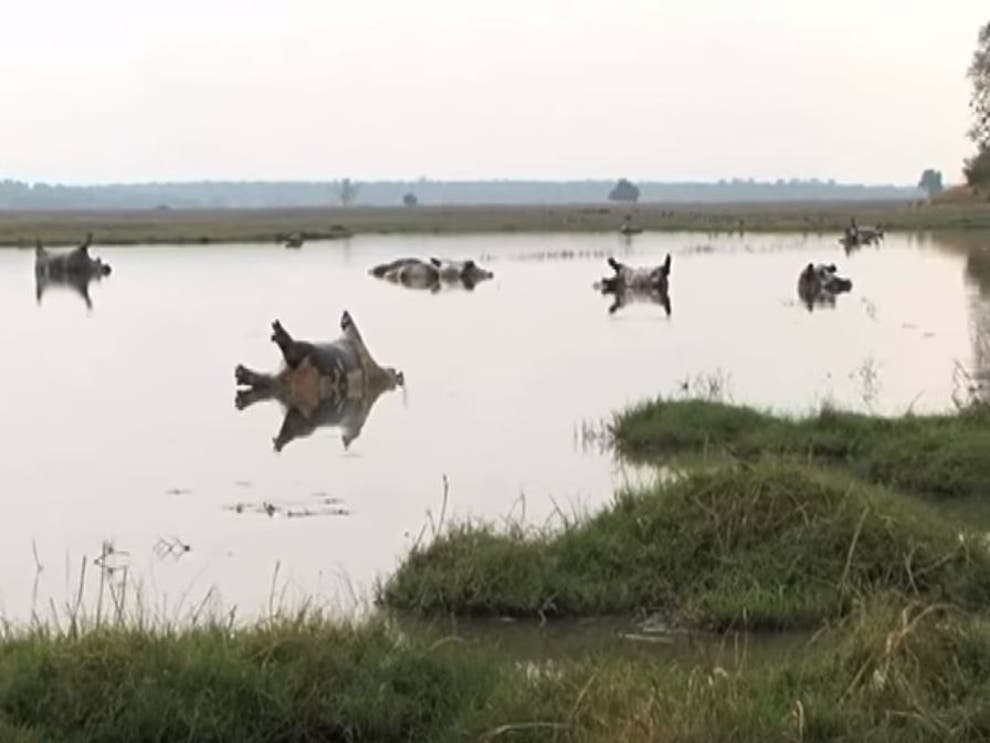 After suffering a gruesome death, millions of disfigured starfish – or sea stars – were discovered along the Pacific shores of North America in 2014, with scientists initially baffled as to what caused their suffering.

First their legs shrivelled up, before detaching from their body, and eventually they turned to goo.

After months of research, scientists concluded it was most likely caused by a virus known as “sea star associated densovirus,” potentially caused by warmer waters.

When hundreds of penguins that apparently starved to death began washing up on the beaches of Brazil in July 2010, scientists immediately began to investigate what was causing them to die.

Most of the badly decomposed bodies were Magellan penguins, who'd been migrating north in search of food in warmer waters, but autopsies found the birds' stomachs completely empty.

Over-fishing was considered to be a potential factor in around 745 of the birds' deaths, but scientists ruled they were the result of natural causes, but described the incident as "certainly very strange". 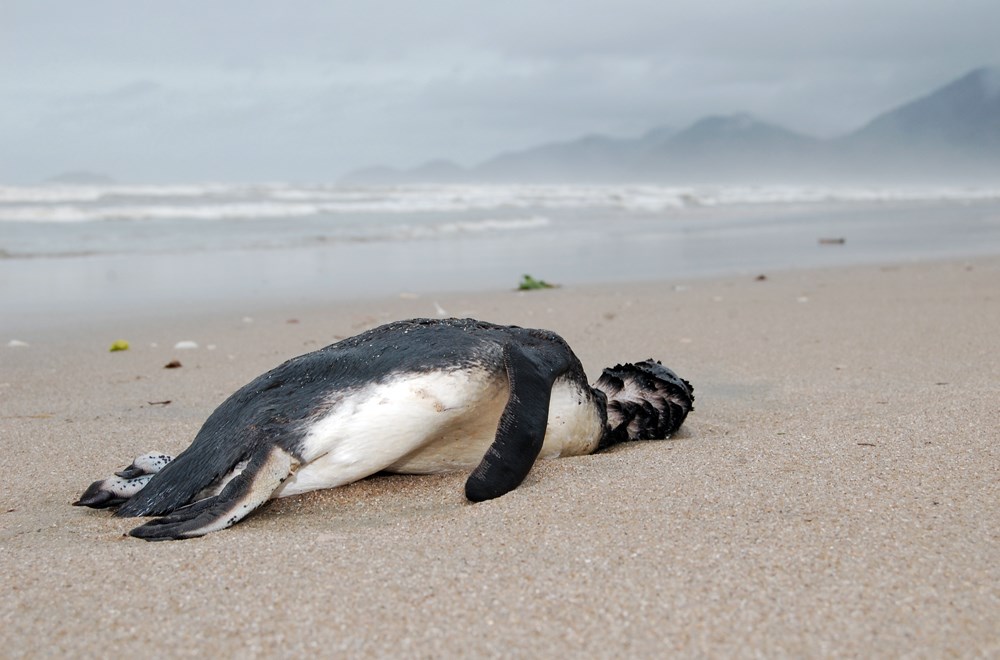