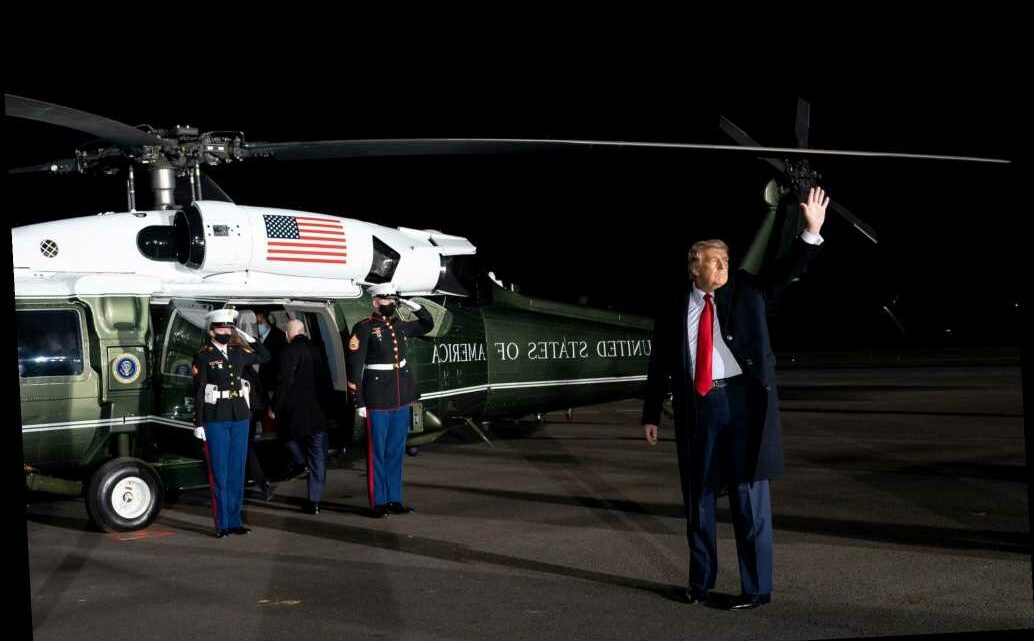 Hey, you know what else we’ve never seen before?

A riot encouraged by a president — certainly, something nobody has ever seen before. Also, an attempt to overturn the free and fair results of an election as it was ­being certified — nope, haven’t seen that before.

How about a president threatening his vice president both privately and publicly? Seen it before? Oh, no.

That, sure as hell, sure as among the most hellish hell we have ever experienced in more than two centuries of American politics, with all their wars and turmoil, is something ­nobody has ever seen before.

And maybe, just maybe, other politicians will view it as something so horrible, something so resolutely to be avoided, that we will never see its like again.

I say “other politicians” because Trump will surely not see it that way. While history will likely record Trump’s two impeachments as a towering landmark in the history of political shame, we know that shame is an emotion foreign to Donald Trump.

Most of us couldn’t survive the disgrace of this second impeachment — the result of a failed populist putsch that saw a policeman murdered with a fire extinguisher and men looking through the Capitol building intent on confronting and maybe murdering the vice president.

Trump will survive it, though, and he will do what he can to twist this disaster to his advantage with his unique ability to convince tens of millions of people that his grievances are their grievances and that they should pledge their troth to him.

They admire the perpetual sense of being wronged. They dig it, because they have bought into Trump’s essential argument that this is the way the world actually works — and that since they think he is ­deploying his arcane knowledge of the workings of power in service to their wants and needs, he has earned their fealty.

Trump’s reality is a perpetual melodrama come to life, and it’s far more enjoyable to live in that melodrama. It’s a depressing and sobering fact that much of the time, the things you want to have happen just don’t happen. You don’t get that job you applied for. You ask someone out for a date, and she says no. Such disappointments are the stuff of life, and life isn’t fun much of the time — especially in COVID-weary America.

For his most belligerent supporters, Trump is fun, and that’s something special. He is what they would want to be if they could be anyone else. He is rich, but he has no airs. He eats cheeseburgers and likes wrestling. And so his defeat was their ­defeat.

But what if it wasn’t a defeat at all? What if he told them that he had actually won, and that, therefore, the battle to restore the White House Seal to its rightful owner was the quest of a lifetime — “The Lord of the Rings,” with his supporters the “men of the West,” up against the Sauron that is the liberal elite?

The logical end result of this real-life cosplay was the riot that got him impeached. Deservedly.

And the pretending is far from over. Trump must now figure out his revenge against the Republicans who he believes double-crossed him and bedevil the man who defeated him and keep the revenue flowing. He will need his minions to succeed, and they will be there for him — the ones who don’t end up in prison, of course.

The second impeachment is not the end of the melodrama, alas. No, it’s the ­beginning of the second act of the longest-running political horror of our time — “Donald Trump: A Demagogue Like Nobody’s Ever Seen Before.”