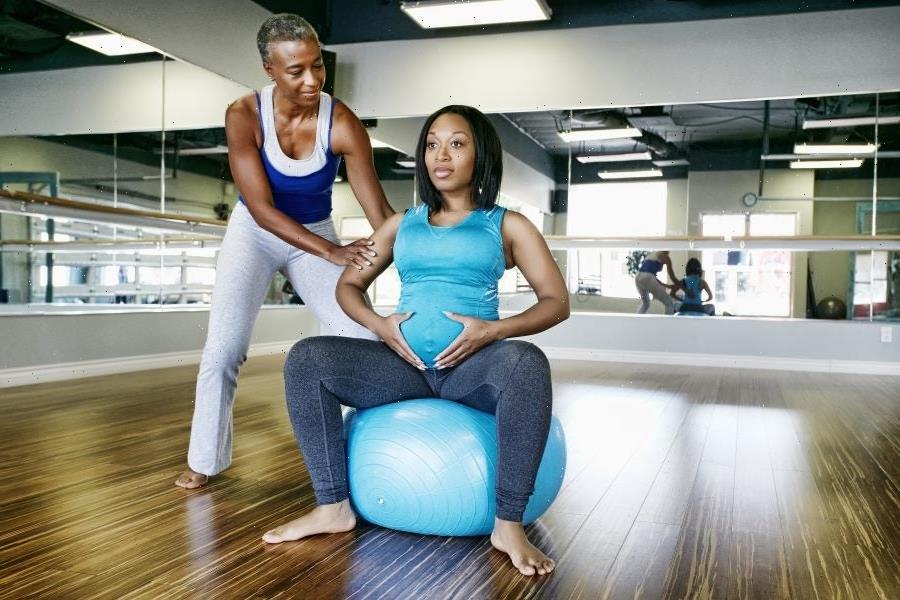 How Restricted Reproductive Care Impacts All Of The Black Community

Black Maternal Health Week is celebrating its fifth anniversary this year. According to the American Public Health Association, “[t]he campaign and activities for Black Maternal Health Week [BMHW] serve to amplify the voices of Black mamas and center the values and traditions of the reproductive and birth justice movements. Activities during BMHW are rooted in human rights, reproductive justice, and birth justice frameworks.”

In the United States, April is National Minority Health Month—and every year, Black Maternal Health Week is observed from April 11 – 17, which “was officially recognized by the White House” last April 13, 2021.

This year on April 8, President Biden issued a White House Proclamation on Black Maternal Health Week, which stated in part, “Pregnancy and childbirth should be a dignified, safe, and joyful experience for all.  For far too many mothers, however, complications related to pregnancy, childbirth, and postpartum can lead to devastating health outcomes — including hundreds of deaths each year.  This maternal health crisis is particularly devastating for Black women, who are more than three times as likely to die from pregnancy-related complications as white women, regardless of their income or education.  During Black Maternal Health Week, we renew our commitment to addressing the crisis of Black maternal mortality and morbidity across the country.”

Breana Lipscomb, Senior Advisor for Maternal Health and Rights of the Center for Reproductive Rights sat down with ESSENCE to discuss the importance of this week for Black women, the current political climate around reproductive rights, and what we can do to help mitigate this crisis.

Because it is an opportunity for us to not only highlight the really tragic statistics but allows us to do our best to put a focus specifically on the disproportionate impact on Black women and birthing people, while at the same time having a conversation about the community-based organizations and birth workers that are doing this work every day to reverse this trend. So, it’s an opportunity for us to celebrate many of the Black providers that are working in this space, many of the advocates that are working to change policy, as well as many of the researchers that are striving to find all the root causes so that we can contribute to maternal health and wellness and shift the conversation from maternal death and morbidity.

ESSENCE: How is the current political climate affecting Black woman’s maternal health, and what would you say is the biggest threat?

We have seen an unprecedented number of bills be introduced both at the state and federal level, which is exciting to see that this conversation about maternal mortality and specifically, maternal mortality, as it relates to racial disparities, be at the forefront of many political conversations. We’ve also seen that the Biden Harris Administration has taken a lot of positive action in trying to advance really proactive, really progressive policies within the administration to better support maternal health. I think that the challenge is that, particularly at the state level, we are seeing some misguided attempts by state legislatures particularly in the South and in the Midwest, that are choosing to focus more on restricting access to abortion than having laws that would support families and support people that do choose to carry a pregnancy to full term.

As we’re tying in the issue of abortion restrictions, which is basically removing people’s ability to make choices about their reproductive health and their reproductive lives. Similarly, when it comes to maternal health, we need progressive policies that are going to allow people to make decisions about with whom they birth and how they birth. We do not have enough policies and supportive structures in place that allow people affordable access to doula care, and we know that doulas are critical in providing support during pregnancy and beyond. We also have some of the most restrictive laws in states that have the worst maternal health outcomes when it comes to accessing midwifery care. In general, as we’re talking about reproductive health and rights and reproductive justice, we have to think about it in the full continuum. It’s making sure that people can choose abortion care if they want to end a pregnancy, but it also means that we have to fight for their freedom to be able to access and choose to have a doula, to have a midwife, or other community-based birth workers if they want to continue the pregnancy to full term. We have to think about what reproductive freedom means in this country.

ESSENCE: How do you think the bills around reproductive rights that are being introduced in state legislatures across the country are going to specifically impact the Black community?

What we know is that many of the Black communities, rural communities, and low-income communities are already facing astronomical challenges to accessing health care. We see the same challenges already persist, as it relates to access to reproductive health care, and that’s abortion care, that contraceptive access, that’s maternal health access. When we think about these restrictions being put in place, it just deepens that disparity or that disparate access. We have to think about the implications of that.

I also always like to remind people that here in the U.S., Black women, other women of color more broadly, and people with disabilities have long been subjected to reproductive coercion in this country. I think what we’re seeing with many of these state laws that are being proposed, is that governments are doubling down on the coercion when it comes to personal health decision, when what they should be doing is assuring reproductive freedom. When we think about all the restrictions that could ultimately impact one’s ability to access abortion care, what are the consequences of that? We’ve seen some studies that have shown that women who were denied abortion care are more likely to experience high blood pressure and other serious medical conditions during the end of pregnancy. They’re more likely to remain in relationships that are dangerous to their own safety, like interpersonal violence or domestic violence relationships. They’re also more likely to experience mental health complications, so thinking of increased incidence of anxiety and stress disorders. These are all things that we have to think about when we are talking about restricting access to care. It doesn’t just limit it to their inability to actually get an abortion but there are a lot of other consequences at play when it comes to forcing someone to keep an unwanted pregnancy.

ESSENCE: What can someone do to elevate this week and this issue?

Keep the conversations going. One thing that Black Mamas Matter Alliance and all of its partner organizations have been doing is really amplifying the voices, centering the voices of Black mamas. I think the number one thing that people can do is tell their own story. One thing that’s been really alarming to me over the past few years, when a lot of these stories just started coming to the forefront, is that people were having these experiences but keeping them to themselves. They had no idea that their neighbor, or their sister, or their mother, their grandmother had experienced some of the same things that they had experienced. Sadly, a lot of that is rooted in mistreatment and disrespect and obstetric violence in health care setting. Until we start talking about it, amplifying it and shining a light on this, then the systems aren’t going to change. So, I think the first step is for people to share their stories, engage with Black Mamas Matter Alliance and their partner organizations. They work with a lot of community-based organizations in local areas, so get involved that way. Particularly, with the Center for Reproductive Rights, we do a lot of advocacy work, and we’re always looking for people to engage with us, at the state capitol level or even at the federal level if they want to talk to their legislators about their experiences or help us raise the alarm and call for change, we can always use extra voices.

This interview has been edited for length and clarity.