How old is Jeremy Corbyn, who is his wife Laura Alvarez, what's the Labour Party Leader's constituency and could he be Prime Minister?

JEREMY Corbyn has gone from rebellious backbencher to Prime Minister-in-waiting in a political earthquake that has rocked the Labour party to its foundations.

He has recently been accused of viewing British Jews as a "hostile entity" and siding with anti-Semites among his supporters. Here's the lowdown… 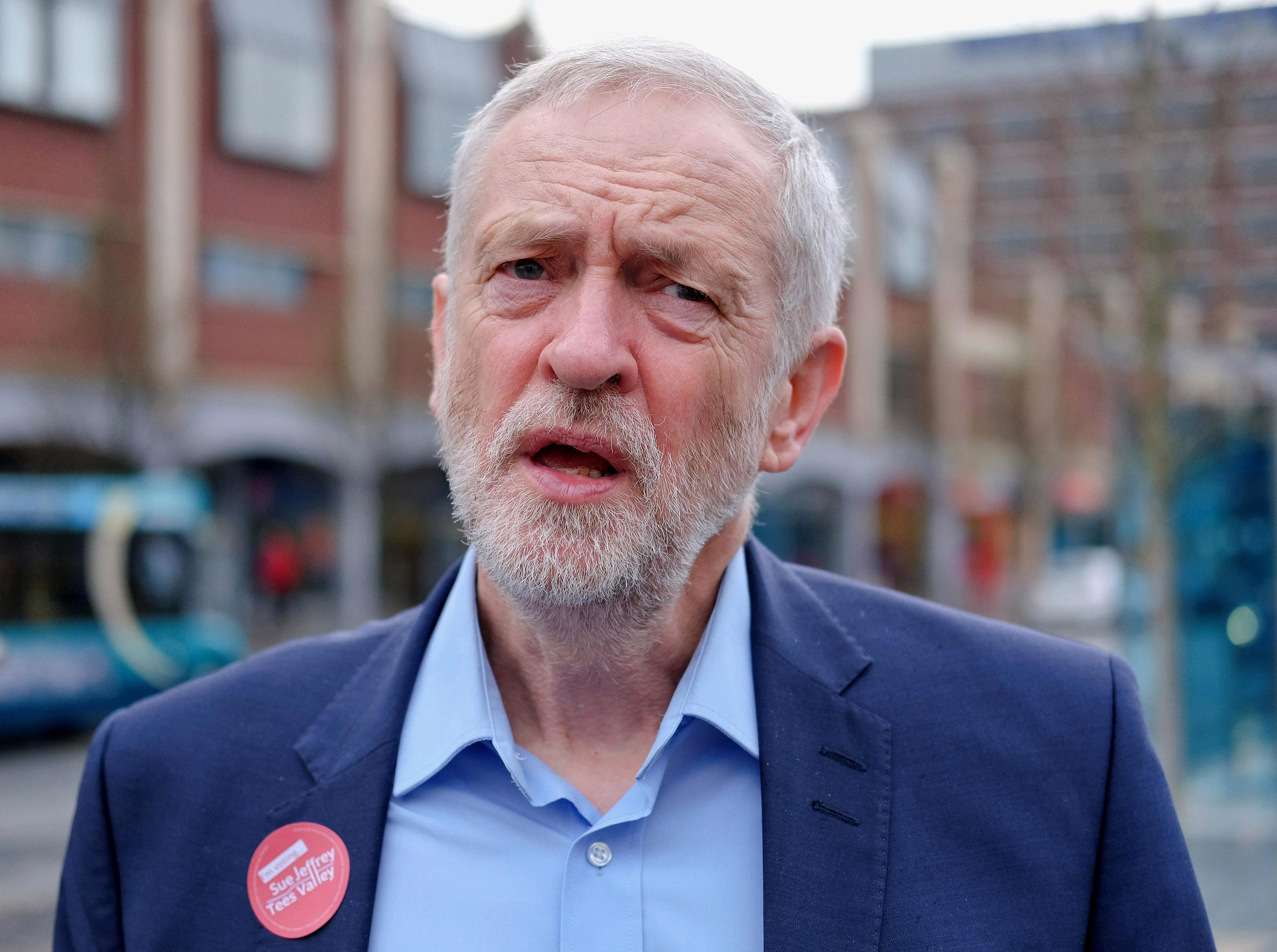 Who is Jeremy Corbyn? What constituency does he represent?

Born in Chippenham, Wilts, in 1949, Corbyn is the youngest of three sons.

After private prep school and state grammar school, he worked briefly at a local newspaper before, at the age of 19, he volunteered in Jamaica for two years.

He then worked as a trade union organiser and was elected a councillor in Haringey, North London, aged 24.

In 1983 Corbyn, 69, was elected as Labour MP for Islington North, the constituency he has represented since.

On his website, Corbyn says: “I remain every bit as determined to fight for a better society today, as I was then."

As a backbench MP he was known as a radical who backed hard-left policies and voted against his own party more than 500 times.

Following Labour’s defeat in the General Election in May 2015, Corbyn announced he was standing as a candidate as party leader.

He was seen as a rank outsider, but stunned Westminster by winning the party leadership in September. 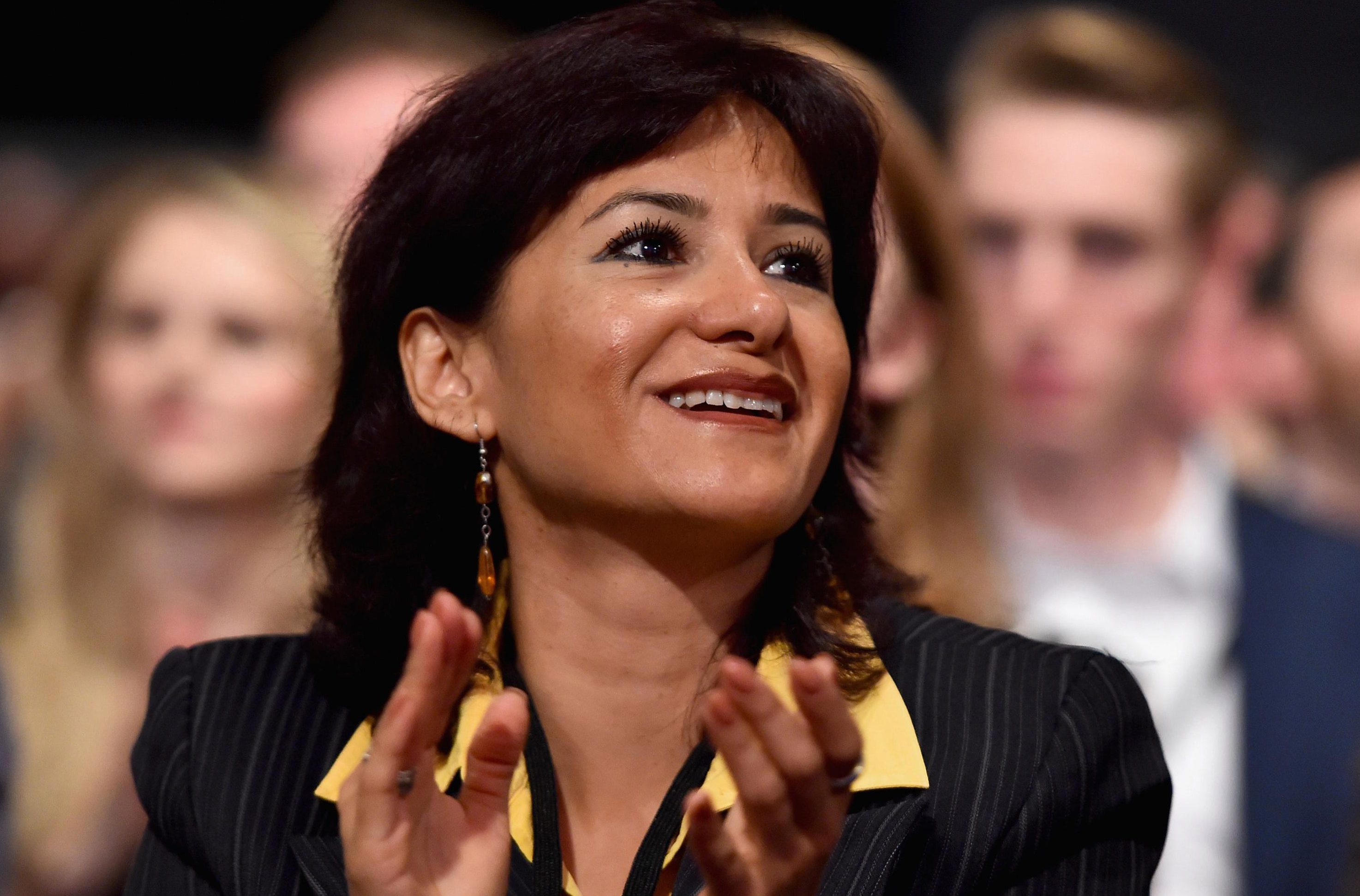 Who is Jeremy Corbyn married to?

His third wife, Laura Alvarez, is an ex-banker who is 20 years younger than him.

She met Jeremy Corbyn after he helped sister, Marcela, with a custody battle.

The pair conducted a long distance relationship before marrying in her native Mexico in 2013.

She then moved to London, where she moved into a £1million home in Islington, ditching her career in the financial industry

Corbyn was divorced from his second wife, Chilean exile Claudia Bracchitta, in 1999 after 12 years of marriage. They have three sons together. 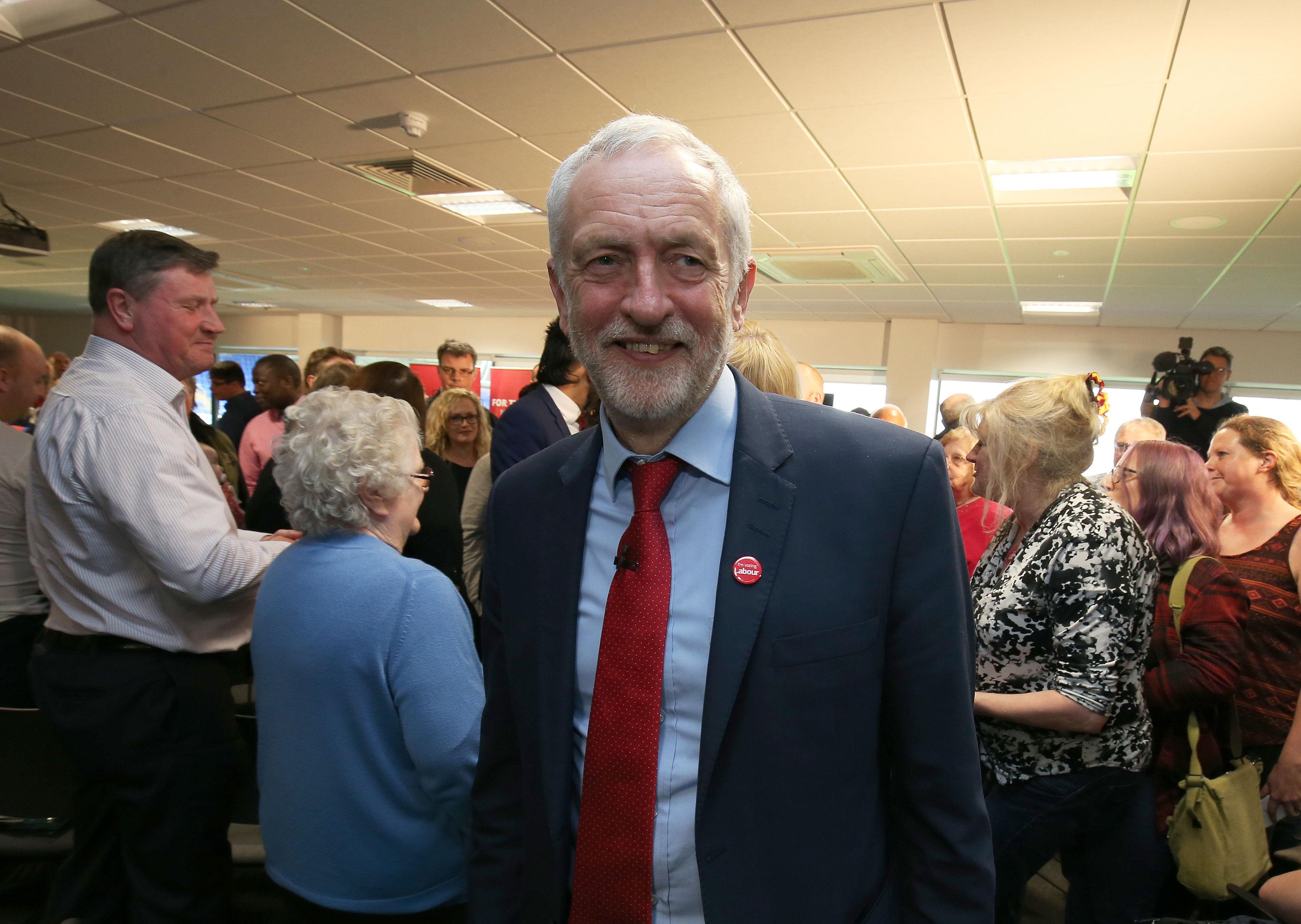 How did he become Labour leader?

Jeremy Corbyn spent most of his 35-year career as an MP as an obscure backbencher.

But in a remarkable turn of events the bearded throwback leftie was propelled from the political fringe to leading the UK's main opposition party.

Ed Miliband, who lost the General Election against the odds in 2015, decided to open up future leadership contests to the public for a £3 fee.

But instead of drawing in a wide spectrum of society, the opportunity to vote was seized by a hard left faction which later became known as Momentum.

And so with their support the crumpled maverick won the votes.

Corbyn’s low-fi style in contrast to other polished politicians also won him support from young people looking for a no-frills socialist leader.

His leadership was then challenged in 2016 after his lacklustre support for the Remain camp in the Brexit vote.

After a no-confidence vote was supported by 172 Labour MPs to 40 against, a leadership battle began between Corbyn and Welsh MP Owen Smith.

But after Momentum marshalled support for him, Corbyn actually increased his leadership from 59.5 per cent to 61.8 per cent.

However, after just four years doing the job it was rumoured he was "tired and fed up".

Allies have reportedly claimed he'll soon hand over to another MP. 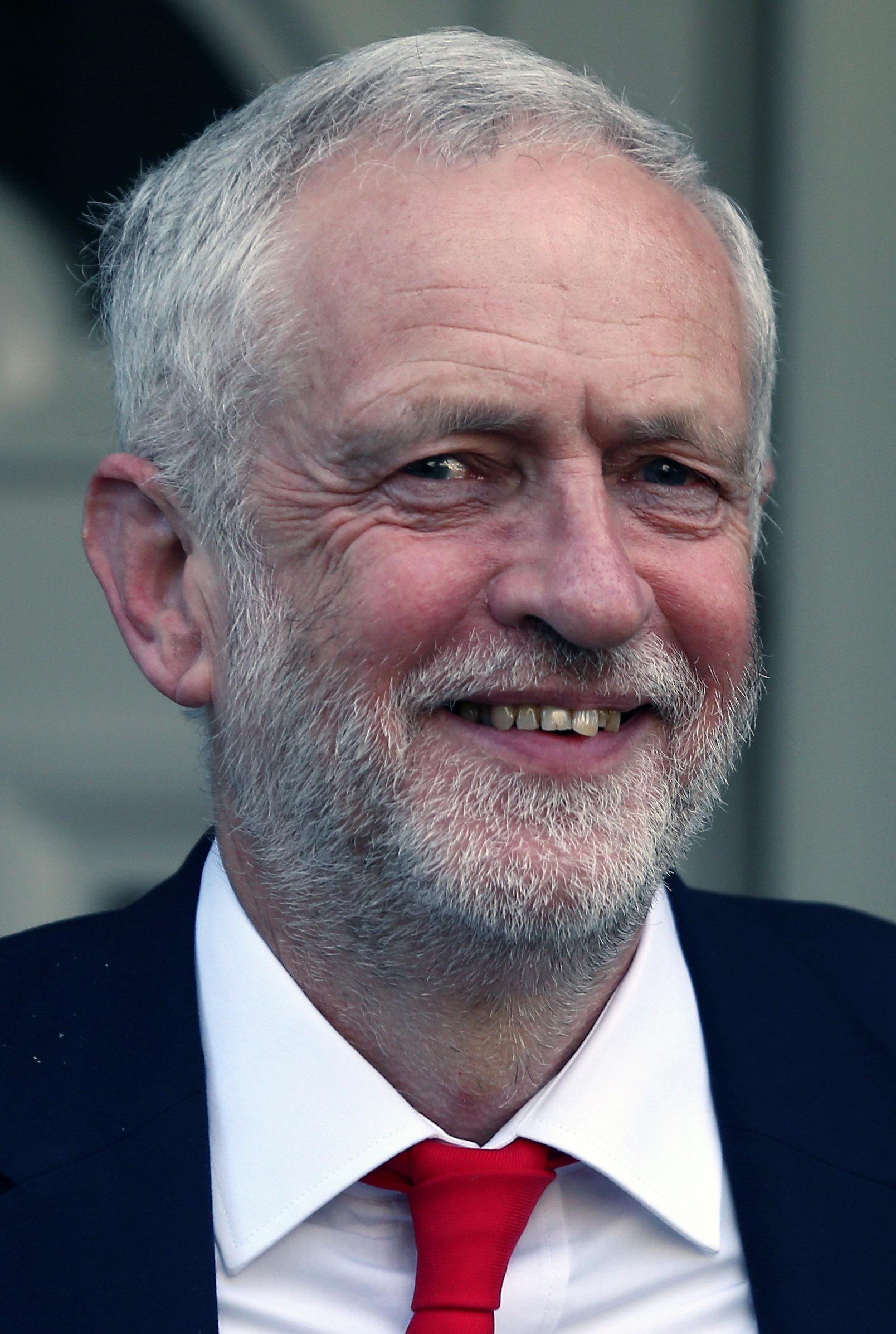 How did Labour perform in the 2017 General Election?

Jeremy Corbyn's Labour increased their number of seats by 31 to 261 after being written off by most observers when Theresa May called the snap election.

Most expected the Prime Minister's big gamble to pay out handsomely with a massive Commons majority for the Tories.

But Labour's turnaround came in a dramatic week in which the party's draft manifesto was leaked to the press, and Mrs May's disastrous launch of the Tories' policy programme.

The public appeared to warm to popular Labour policies.

This included nationalising key industries, spending more on the NHS and education, abolishing university tuition fees, and taxing the top 5 per cent of earners and big corporations to pay for it.

But Mr Corbyn still appeared to be lagging behind Mrs May on the key question of who voters thought was the best leader, until the PM made plans for a so-called "dementia tax" central to her manifesto pitch, before u-turning on the policy.

Some supporters claimed Corbyn was the real winner, although Labour were still more than 50 seats behind the Tories.

What is the anti-Semitism row?

The Labour party has come under fire for failing to rid its ranks of anti-Semitism as the row continues to deepen.

Jeremy Corbyn is under increasing pressure, including from his own MPs, to take urgent action to stamp out anti-Semitism within Labour.

Protests have taken place over the party's failure to stamp out the issue after a 2016 internal inquiry was branded a “whitewash”.

Mr Corbyn has also been slammed over his commitment to tackling anti-Semitism – and further stoked criticism after meeting controversial far-left Jewish group Jewdas on Sunday,  April 2.

He joined a Passover Seder hosted by the radical group which has faced criticism from mainstream Jewish organisations and wasn't sorry he went, claiming he had a "lovely time".

The group has suggested that allegations of anti-Semitism within Labour are a political plot aimed at discrediting the party.

It has also described Israel as “a steaming pile of sewage which needs to be properly disposed of”.

The Labour leader has acknowledged that concerns about prejudice against Jewish people were "genuine" and says he will not tolerate anti-Semitism in the party.

Will Jeremy Corbyn be Prime Minister?

The next general election is not due until 2022 – although in today's topsy-turvy politics, no one would rule out an earlier ballot.

A fresh election could be sparked if Theresa May lost a no-confidence vote in the Commons, for instance.

Jeremy Corbyn would become Prime Minister if Labour won a majority or were able to form a minority government or coalition.

An ICM opinion poll on March 20 had Labour on 41 per cent, three points behind the Tories.

That gap could easily close, as before the last election Labour were trailing by 24 points but eventually won around 40 per cent of votes.

Bookies currently rate Mr Corbyn the 5/1 second favourite to be Britain's next PM, behind Tory Brexiteer Boris Johnson at 9/2.

What has he said about the minimum wage?

Labour has vowed to pay £10-an-hour minimum wage and this will include those under the age of 18.

Mr Corbyn said: "Equal pay for equal work is hardly a controversial idea, so why are we discriminating against young people?

You don't get a discount at the shops for being under 18.

"But if the person serving you on the other side of the counter is young, they could be on half the wage of their colleagues.

"It's time to end this discrimination. Young people's work should be properly valued, not exploited by employers to cut their wage bill. If they're doing the job, pay them the wage – the real living wage."

How many homes does Jeremy Corbyn own?

Jeremy Corbyn is believed to own one house.

The Labour leader lives in Islington in North London.

Trump started his Saturday by blasting out more than 60 retweets attacking Mueller, the Russia probe, and others