A HOT tub salesman has been banned from putting a blow-up tub in his own garden, because it "kills the grass."

John Laing, 30, was fuming after discovering he had apparently fallen foul of his lease agreement when he put the tub alongside a pop-up gazebo in his back garden. 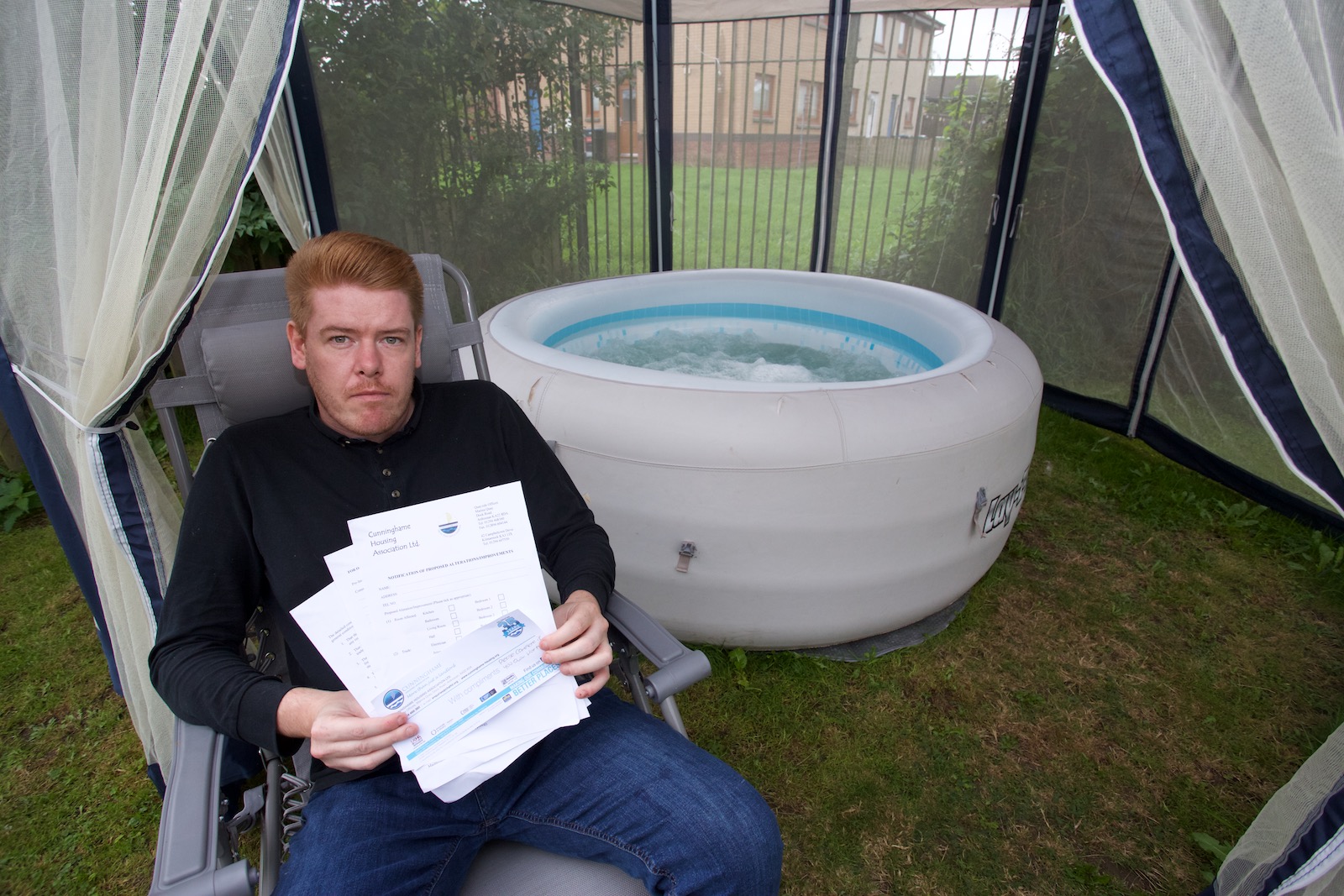 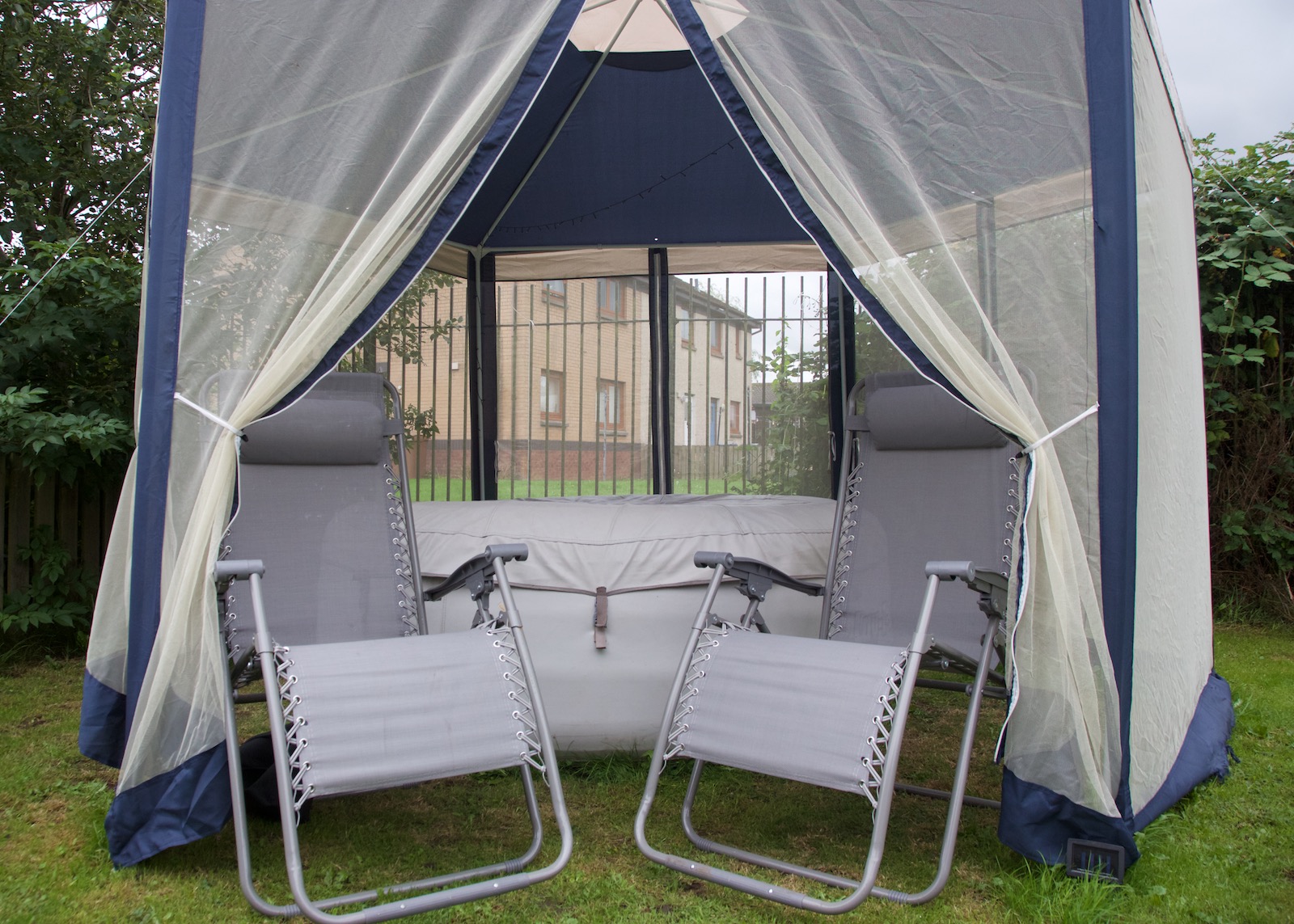 The businessman from Kilmarnock, Scotland, has now found himself in a row with his housing association after he was told he needs permission to have the additions in his garden, Ayrshire Live reports.

Officers at Cunninghame Housing Association (CHA) told him everyone with trampolines, sheds and other structures in their garden would be receiving the same letter as he did.

However, the 30-year-old says the council is being "petty" and thinks it will only decline his request.

He said: "Alterations to me is something that's going to be a permanent fixture.

"I went round to the office and asked about it and was told by a woman there that everyone with a trampoline or a shed or anything of that nature in their garden would be getting a letter.

"When I went home I asked two of my neighbours who both have trampolines and another has a football goal and they said they've never had anything like what I'd received.

"Then an electrician from maintenance came round and said the reason I'd been sent the letter was because of the extension and went on to say the hot tub is killing the grass underneath it.

"I own a hot tub hire company and I specifically have these extensions for these hot tubs and I know they're safe.

"I believe that if I don't apply for these alterations then they will make me take it down but I have no intention of applying because it's not a permanent fixture."

Laing who has been a CHA tenant for eight years says he's had the hot tub up for around four months with no complaints.

He added: "The whole thing is very petty. It's a pop-up gazebo and an inflatable hot tub and I can have them both down in 10 minutes.

"I mean, where's the line? Are kids going to have to let them know when they're putting a paddling pool out now too?

"A trampoline will take more time to bring down than a hot tub and gazebo.

"The grass is dead underneath — I'll admit that — but it will grow back. That's nature."

A Cunninghame Housing Association spokesman told the outlet: "As part of their tenancy agreement with the association tenants require to apply for permission to carry out any alterations or additions to their home or any garden area they may have.

"For items such as sheds, hot tubs and decking tenants apply for consent and they are given appropriate guidance on safe installation.

"When considering such requests, we consider any health and safety issues and any issues that may affect neighbouring tenants.

"If we come across any such alterations that have been carried out without our consent, we ask tenants to apply for permission.

"In this instance, the application was sent to the tenant as he had not applied, and the installation was noted by our local staff. We have not sent letters to tenants regarding trampolines and goalposts.

"The association looks to ensure that any such alterations have been carried out safely and without causing inconvenience to any neighbours. We will not withhold our permission unreasonably." 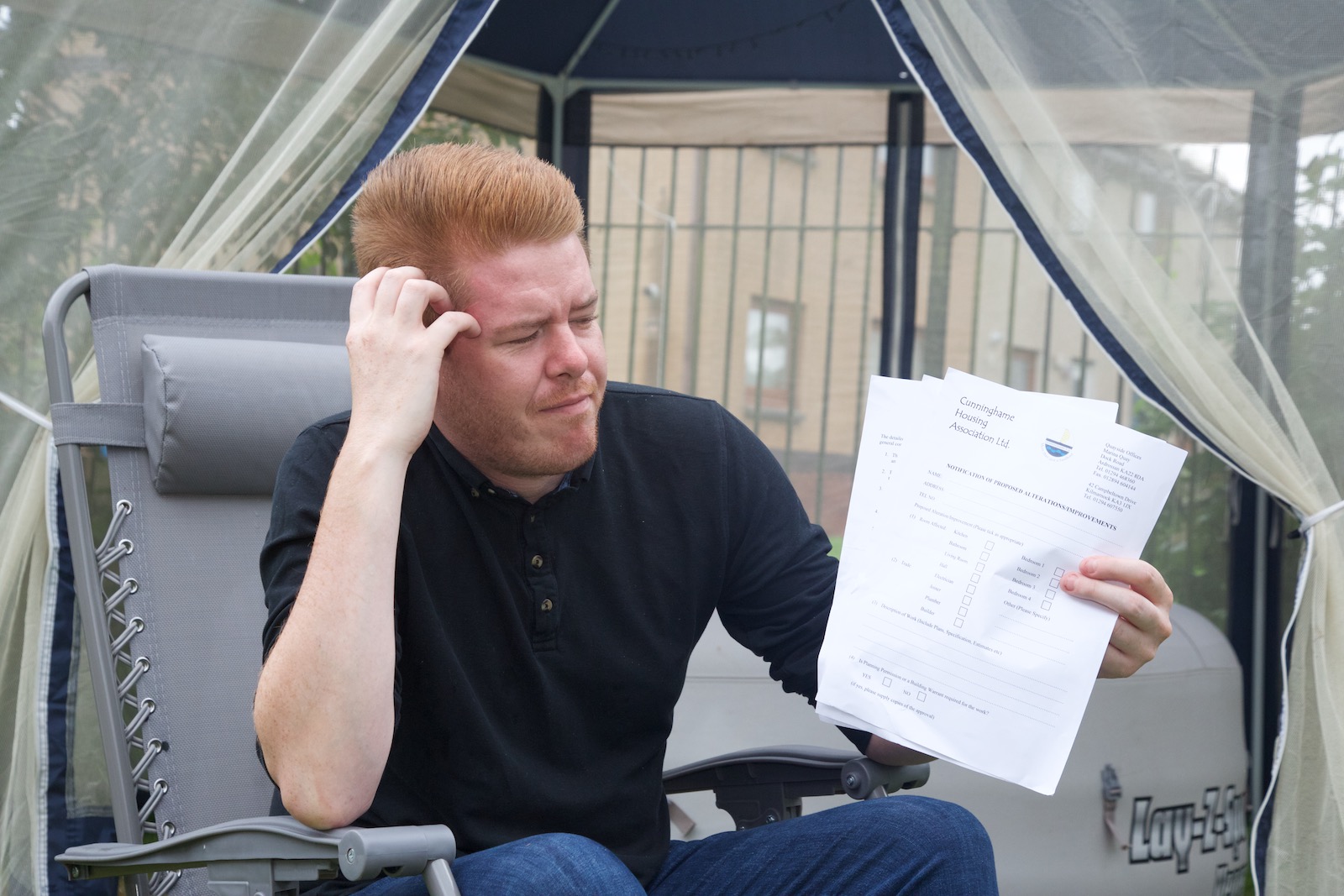 Nominate Your Brand for a Prestigious Award