A pet owner has captured the hilarious moment her anxious puppy discovered an unusual approach to getting through a doorway which had previously left her riddled with fear.

Alex Palmer Armand filmed her Golden Shepherd, Mei, sitting nervously in a hallway at their home in Lafayette, Louisiana on May 11.

The adorable dog looked desperate to make her way into the adjoining living room, but crossing the threshold seemed to be far too terrifying.

Despite the pleas of Alex and her husband, Ethan, Mei sat looking glum outside the room riddled with anxiety.

However, the pup soon mustered up the courage to join her owners, and their other dog, inside the living space.

Mei was captured turning clockwise before backing up against the doorway and  striding backwards into the room.

Darting back on her hind legs, the canine quickly made her way inside as owner Ethan was heard cackling with laughter at the ingenious and adorable maneuver.

‘She used to just dart through, now she walks backwards into it,’ the amused owner explained. 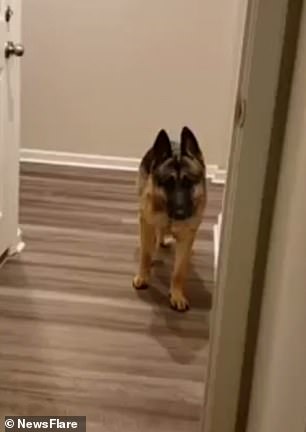 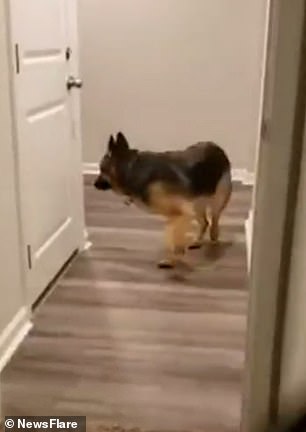 Alex Palmer Armand filmed her Golden Shepherd, Mei, sitting nervously in a hallway at their home in Lafayette, Louisiana on May 11 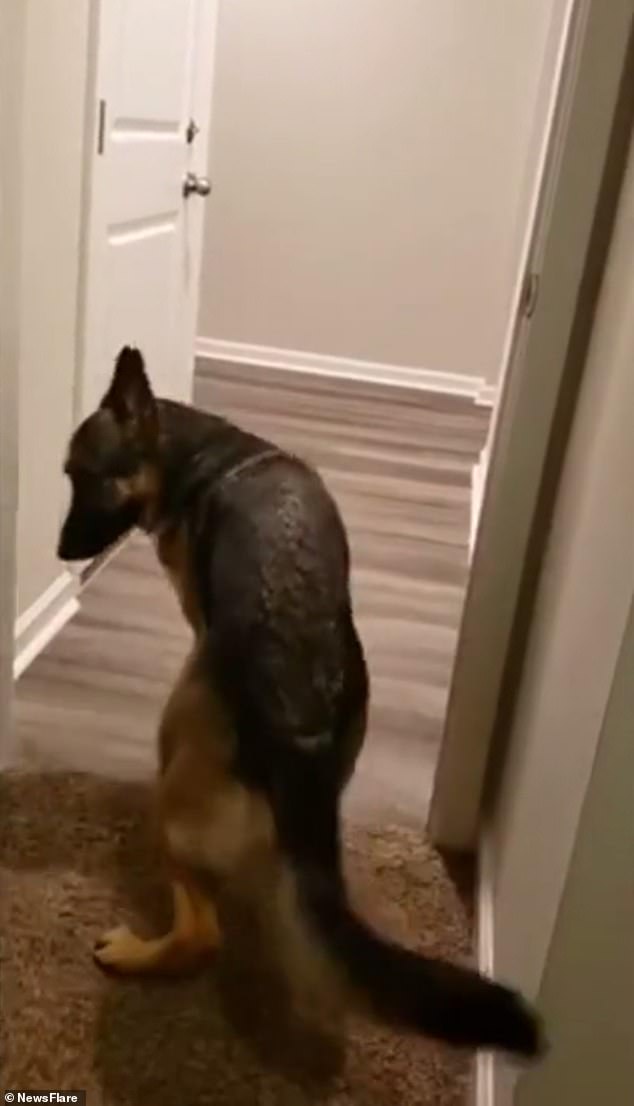 US Grants Temporary License To Huawei For 90 Days
Technology