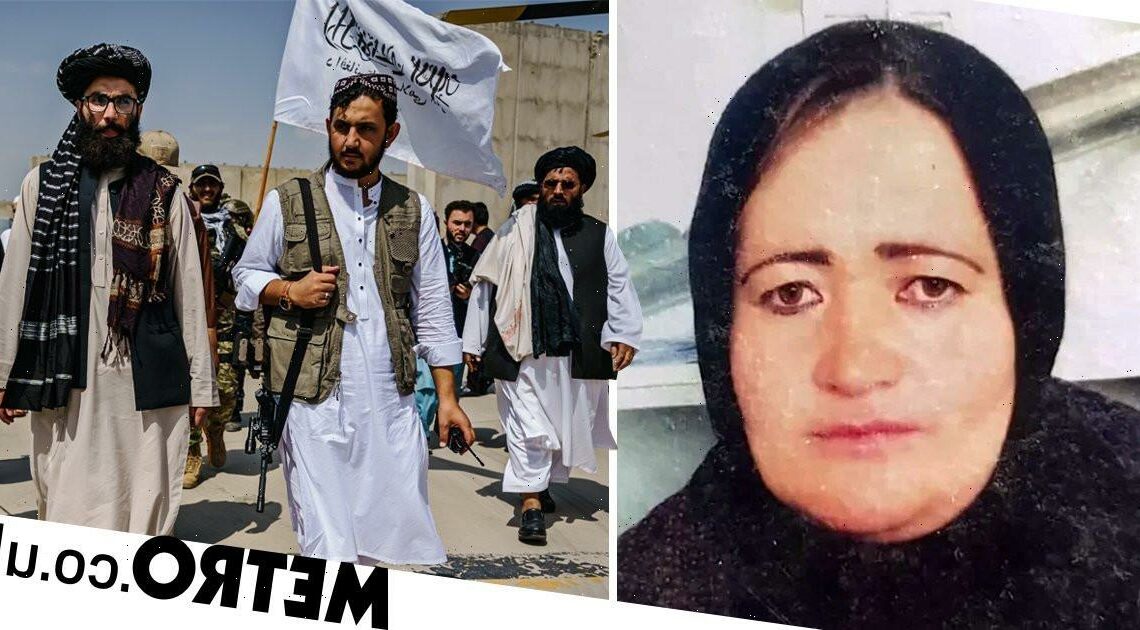 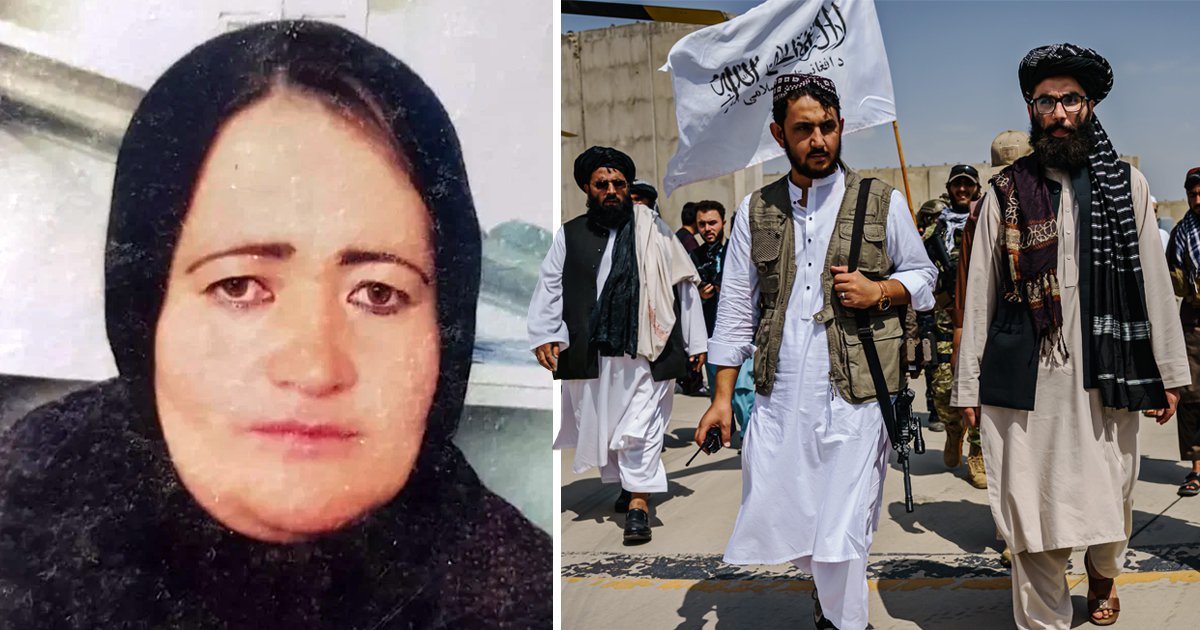 Taliban militants carrying out a door-to-door execution shot dead an eight-month pregnant policewoman, according to witnesses.

Banu Negar, who worked in a prison, was killed on Saturday at her home in Firozkoh, the capital of central Ghor province, Afghanistan, in front of her husband and children.

Witnesses claimed three gunmen speaking Arabic arrived at the house and searched it, before tying up members of the family, attacking the mum brutally then carrying out the execution.

Images have been posted online purporting to show blood-splattered walls and a dead body.

But the Taliban told the BBC they had no involvement in her death and are investigating it.

Spokesperson Zabiullah Mujaheed said: ‘We are aware of the incident and I am confirming that the Taliban have not killed her, our investigation is ongoing.’

He added the Taliban has announced an amnesty for people who worked for the former administration.

He claimed her death was caused by ‘personal enmity or something else’.

There are reports of an increasing amount of violence in Afghanistan amid claims of Taliban victory in the final part of the country not under the group’s control.

Panjshir Valley, north of Kabul, had been holding out since control of the country was seized last month – but the Taliban is now claiming it has defeated resistance fighters.

The group has been trying to project a more tolerant and moderate image since gaining power, despite the reports of violence.

Last week one of Afghanistan’s top female police officers went on the run in Kabul after failing to get on an evacuation flight out of the country.

Gulafroz Ebtekar, believed to be 34, was deputy head of criminal investigations in the country’s Interior Ministry.

She had notable media presence and was seen as a high-profile role model under the toppled Western-backed government.

But now she is fighting for her life after being brutally beaten at the gates of Hamid Karzai international airport, where she spent days desperately trying to flee.

She told Russian newspaper Moskovsky Komsomolet: ‘I spent five nights at the gates of Kabul airport without water or bread, in a rain of bullets and surrounded by the Taliban.

‘I witnessed the death of children and women. I sent messages to the embassies of many countries to save myself and my family, but all to no avail.’

And over the weekend fighters cracked down on women’s rights activists still protesting in Kabul.

Demonstrators marched through the Afghan capital for the second day but were stopped by special forces.

The soldiers reportedly fired into the air and used tear gas to disperse the peaceful protest, despite their promise of a less repressive regime than their previous brutal rule.

Why did Al Qaeda attack the United States?
Technology