Hard up Lamborghini owner flogs 50p watermelons from the boot of his flashy purple £270,000 supercar in Turkey

THIS is the unbelievable moment a 'hard up' motorist was spotted flogging watermelons from the boot of his £270,000 Lamborghini.

Shoppers in Turkey thought someone was twisting their melon when they spotted the 217mph supercar "set up shop" on the side of the road. 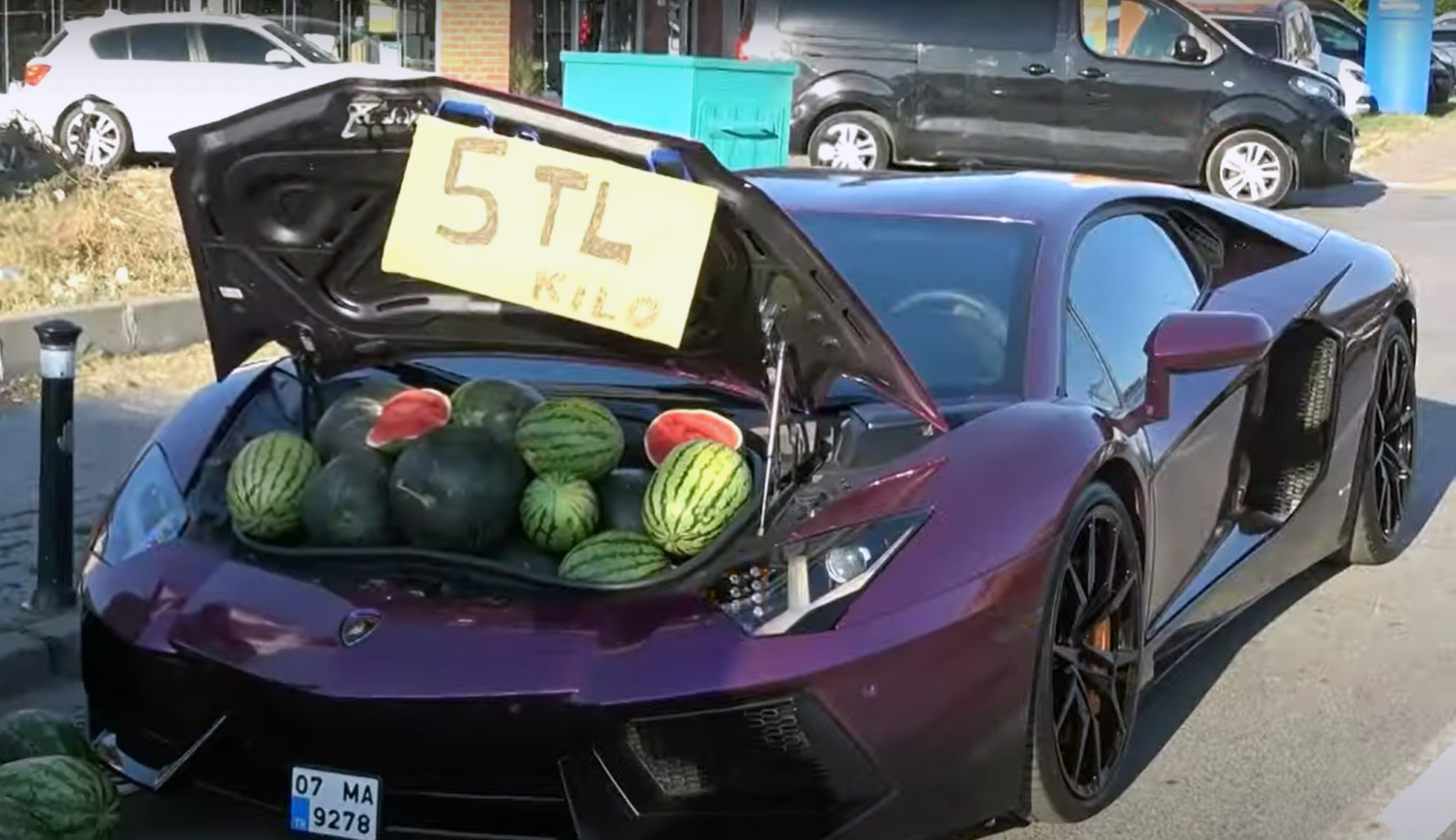 The impromptu sale took place on Piyalepasa Boulevard in the district of Beyoglu on the European side of Istanbul.

And the Lambo owner's goods were certainly going fast as he was selling the delicious fruit for just 50p a kilo.

Locals were seen queuing to snap up the watermelons – however many were just as keen to get a glimpse of the purple Aventador. 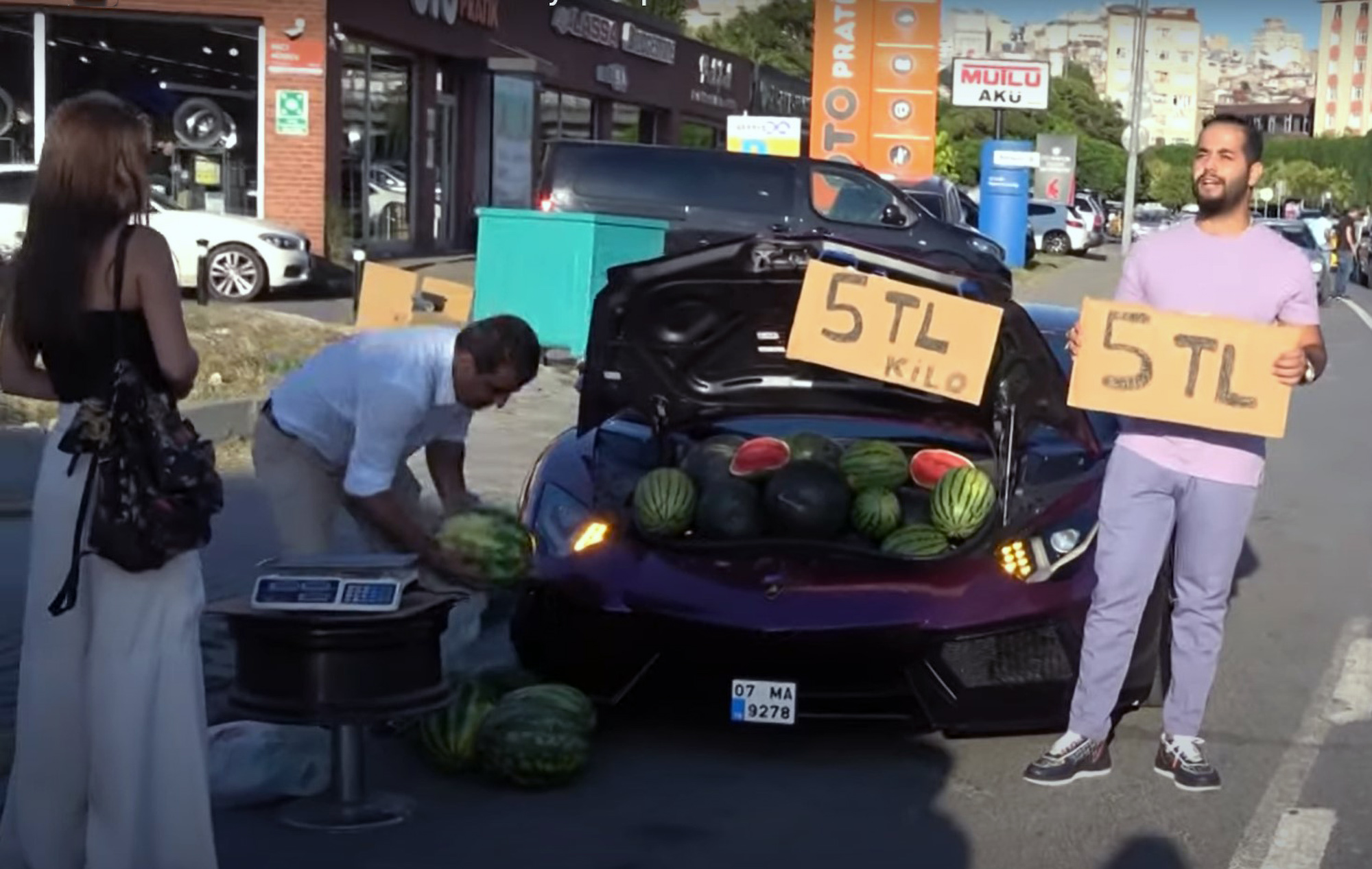 Eyewitnesses said the mysterious fruit seller appeared to be a local resident but apart from that his identity is a mystery.

After reporters showed up at the scene, the Lambo owner jumped behind the wheel of his motor and sped off.

Seemingly keen to avoid any more attention he dumped his melons on the side of the road before his disappearing act.

It is unclear exactly why the apparently rich Lambo owner needed to make a quick buck but some speculated it may have been a social media stunt.

The Aventador was first launched at the Geneva Motor Show in 2011 and quickly became a hit with the rich and famous. 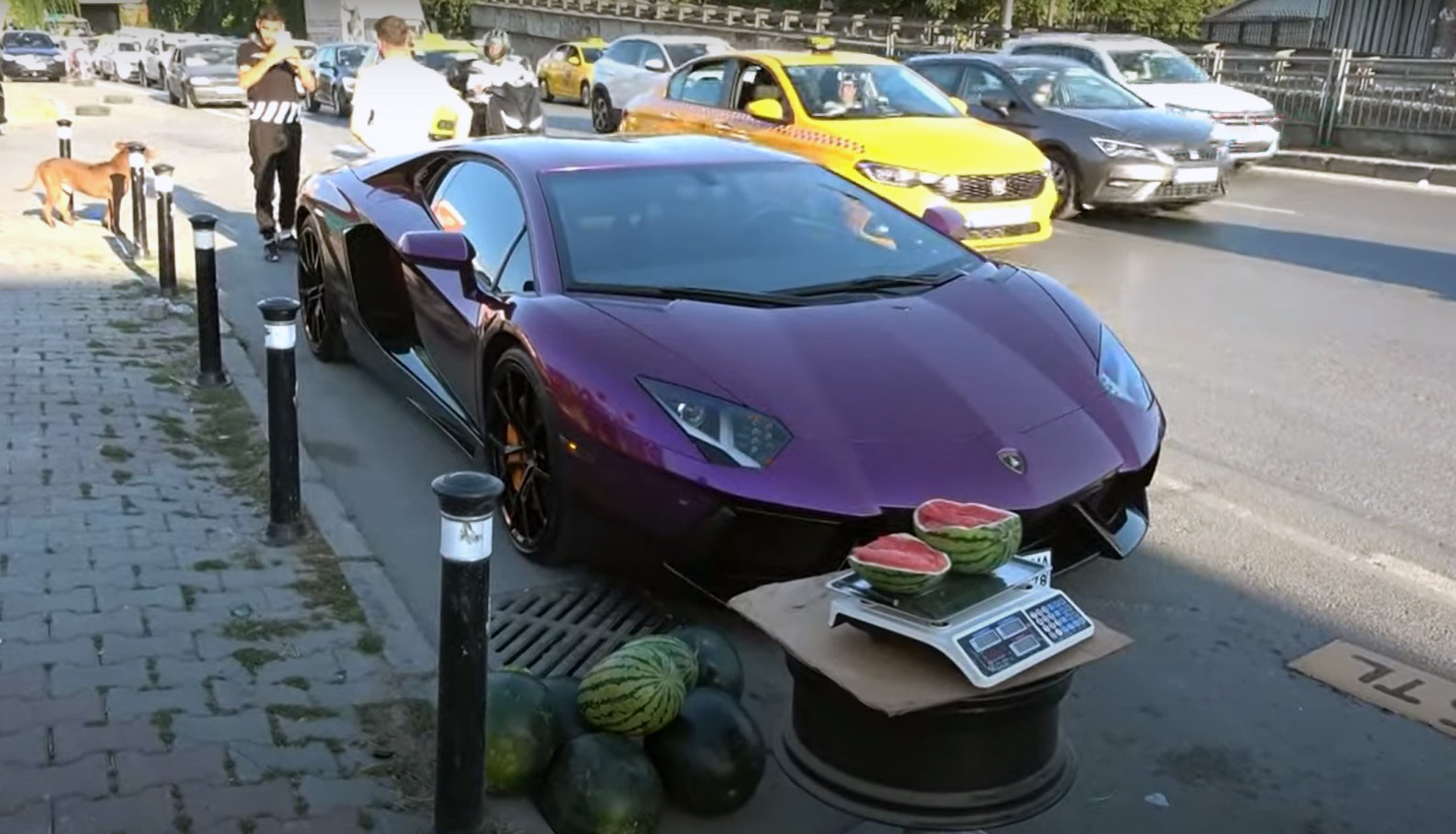 Microsoft launches tool to spot deepfakes ahead of US elections