Graph shows 12,000 Covid patients in hospital today – as experts claim NHS is 'no busier than usual'

HOSPITALS across England have 12,000 Covid patients in them today – but experts have claimed the NHS is "no busier than usual".

A graph shown at a Downing Street press conference tonight revealed the scale of patients taking up beds in England. 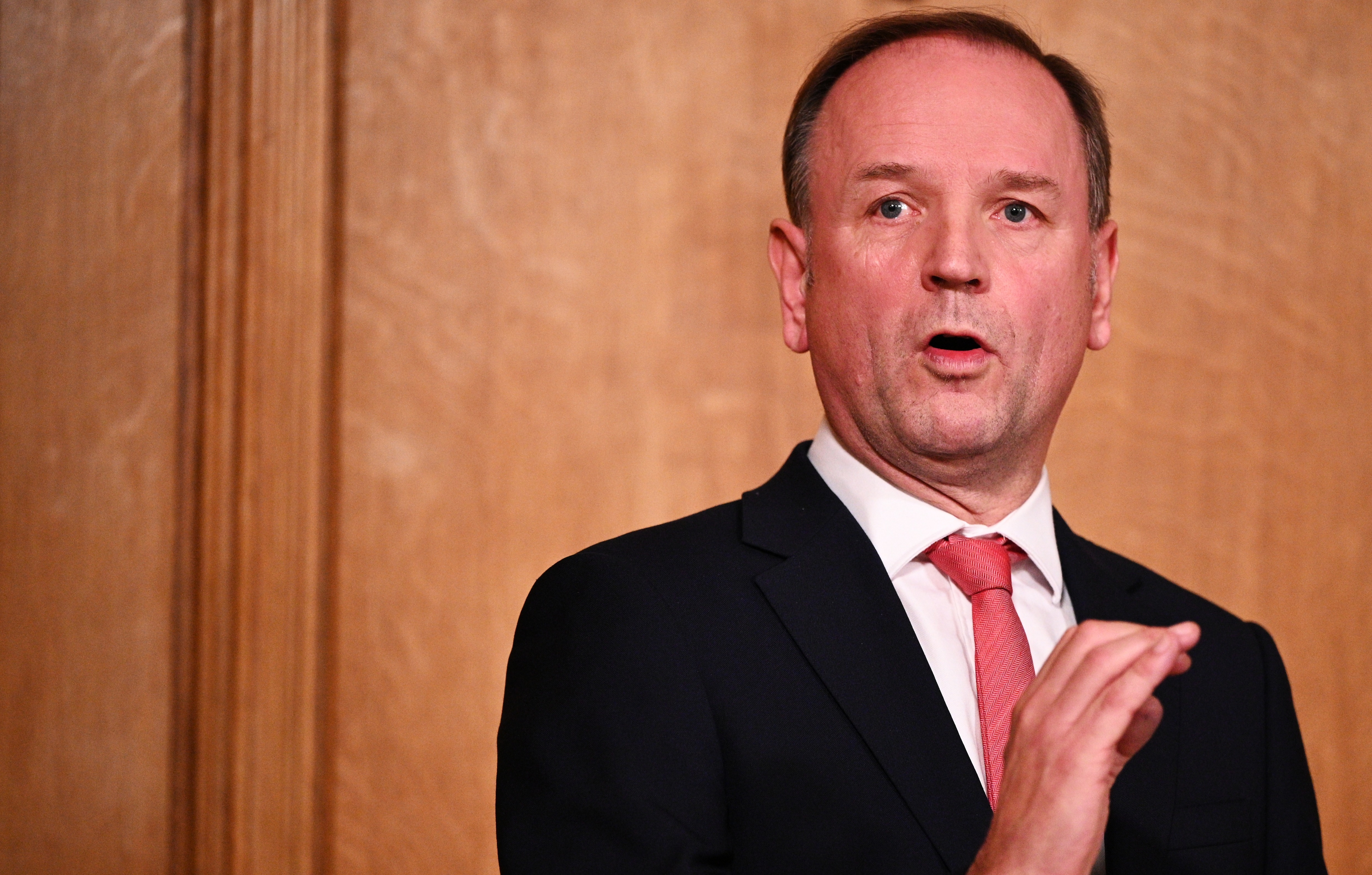 The graph presented at the conference to the general public showed how hospital admissions were flat over the summer, before slowly creeping up through September, October and November.

It comes as NHS staff have pleaded with the general public to understand that the second wave of the coronavirus is "serious and real".

The pleas of NHS staff were revealed by he chief executive of the NHS Sir Simon Stevens.

Sir Simon also revealed the graph in response to other charts that had been published on Saturday and presented by scientific advisers.

He said that "charts were hard to keep up with" and offered the graph as an alternative.

But an NHS source yesterday revealed that hospital capacity was "no busier than normal" despite the pandemic.

Capacity is tracking as normal with the number of beds available that would be expected at this time of year – even without the need to use the extra Nightingale capacity, raising doubts that a four-week national lockdown is required.

Following the closure of the Nightingale hospitals, there is still 15 per cent capacity across the country – which is fairly normal for this time of year.

Leaked documents showed there were 9,138 patients in hospital in England as of 8am on November 2, although it had since fallen to 9,077.

It means Covid-19 patients are accounting for around 10 per cent of general and acute beds in hospitals. But, there are still more than 13,000 beds available.

Experts have also today claimed that the NHS is under pressure every winter – and that this year is no different from any other years gone by.

Oxford University's Professor Carl Heneghan highlighted that his work has suggested that a fifth of infected patients actually got the virus while in hospital.

During the press conference Sir Simon said that the data presented was "notspeculation but fact".

He highlighted data he had put forward yesterday at an NHS conference where he announced that the alert level of the NHS was being upped to level 4. 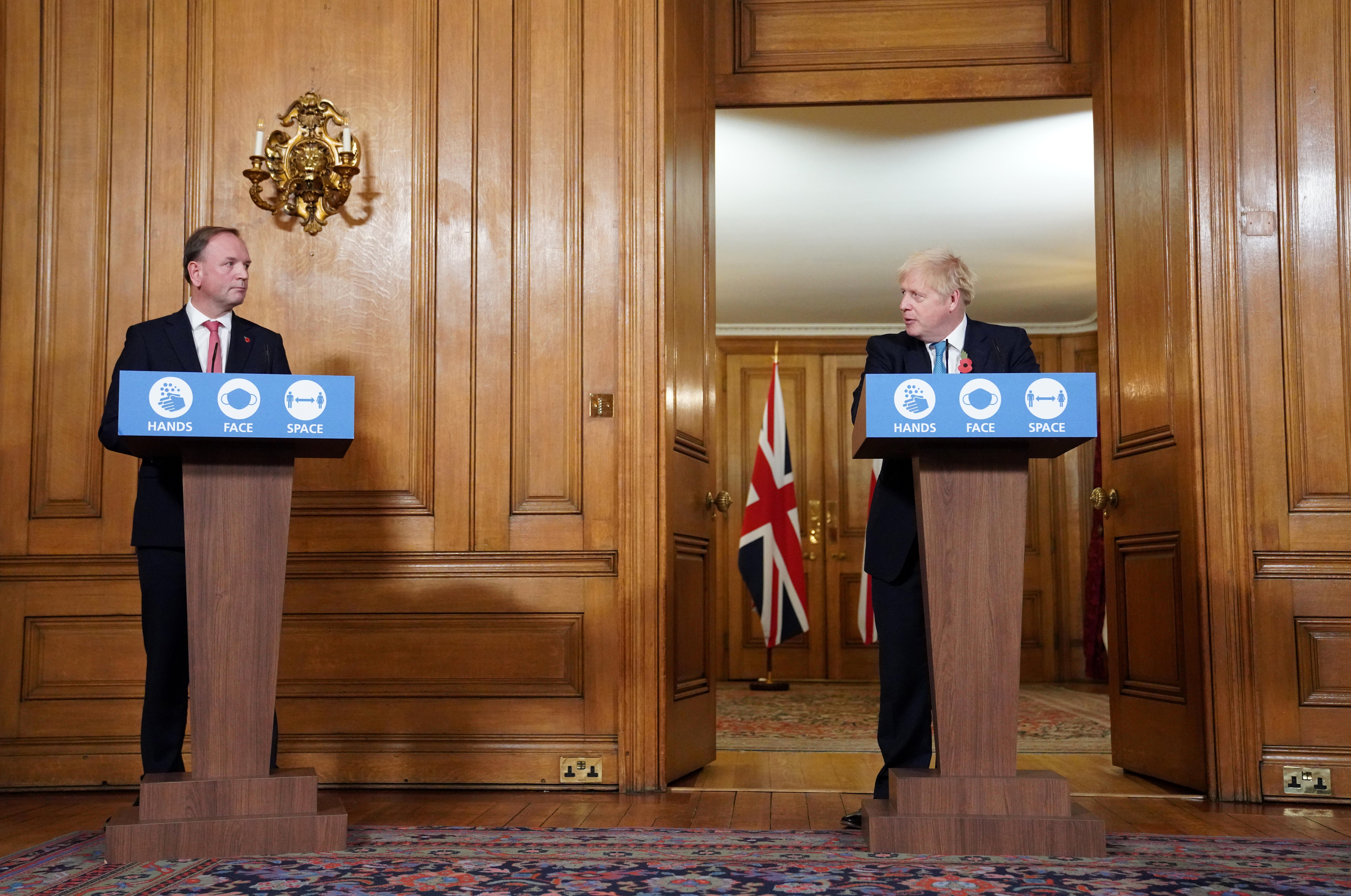 Sir Simon said that there are currently 11,000 coronavirus patients in hospitals in England – equating to 22 hospitals' worth of Covid patients.

He added that at the beginning of September there had been just under 500 Covid patients in hospitals.

However leaked documents suggested that on Tuesday, just 84 per cent of hospital beds were occupied, which is lower than the 92 per cent figure which was recorded in Autumn last year.

One intensive care doctor told MailOnline: “It is my personal view a lockdown was not needed right now, the data they've used has been conveniently sampled.

“The official rationale from the Government will be to ensure people are safe and lives are saved but I think the real reason is they do not want to receive the same criticism they did the first time round.”

Professor Karol Sikora, a consultant oncologist and professor of medicine at the University of Buckingham, told the news website: “This is supposed to be a national health service, if Leeds' ICU is full, we can send patients to Newcastle, for example. We do it all the time, for other conditions.”

Meanwhile, an NHS worker has publicly resigned after claiming she had no work for three weeks – at the height of the pandemic.

Shelley Tasker, 43, a healthcare assistant at Treliske hospital, part of the Royal Cornwall Hospitals NHS Trust, took a megaphone to the streets of Truro and blasted that claims the NHS was overrun were “lies”.

She said: "None of the wards were overflowing with Covid patients and they're not now."

Sir Simon added that Covid treatments that were not available at the start of the pandemic have helped reduce the death toll.

Speaking a Downing Street press conference alongside Prime Minister Boris Johnson, Sir Simon highlighted treatments such as dexamethasone, that have been key to treating patients.

The NHS chief said that the main goal this winter was to suppress the virus and ensure that the NHS does not become overwhelmed.

In the absence of a vaccine to beat the virus – a variety of treatments are being trialled and Mr Johnson highlighted the new testing scheme in Liverpool that is being rolled out.

Sir Simon said: "We've got new treatments that are being trialled and tested in the NHS.

"We are doing very well thanks to the brilliant work of GPs who have also expanded their flu vaccination programmes", he added.

If you worked remotely due to Covid-19, a state tax surprise could be coming