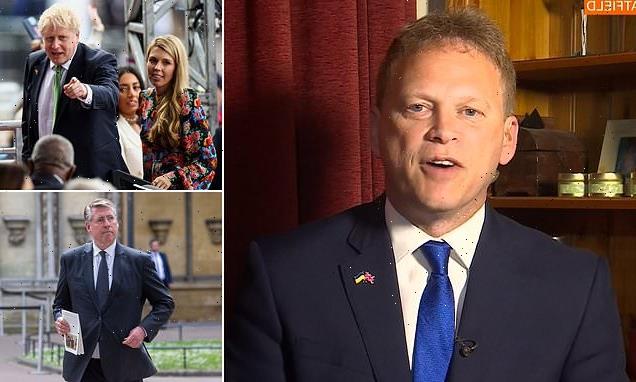 One of Boris Johnson’s Cabinet allies today poured cold water on feverish speculation that the Prime Minister will face a crunch vote on his political future in a matter of days.

Grant Shapps dismissed suggestions that Mr Johnson will face a confidence vote among Tory MPs when they return to Westminster from tomorrow.

The Transport Secretary insisted – even if the PM were to face a vote on his leadership among Conservative MPs – he would win.

And he also shrugged off the impact of Mr Johnson being booed by Jubilee crowds, claiming the incident was being ‘over-interpreted’.

A steady stream of Tory MPs have submitted letters of no confidence in the PM following the publication of Sue Gray’s Partygate report last month.

The senior civil servant blamed ‘senior leadership’ at the top of Government for Covid rule-breaking in Downing Street.

Despite MPs being away from Westminster over the past week for their half-term recess, many continued to publicly reveal they had submitted no confidence letters to Sir Graham Brady, the chair of the powerful 1922 Committee.

A total of 54 letters are required to be handed to Sir Graham before the PM faces a confidence vote in his leadership.

It has been claimed that mark has already been reached, with one Tory rebel telling the Sunday Times that as many as 67 letters have gone in.

This has led to claims that Wednesday has already been pencilled in as the date for a vote on Mr Johnson’s future. 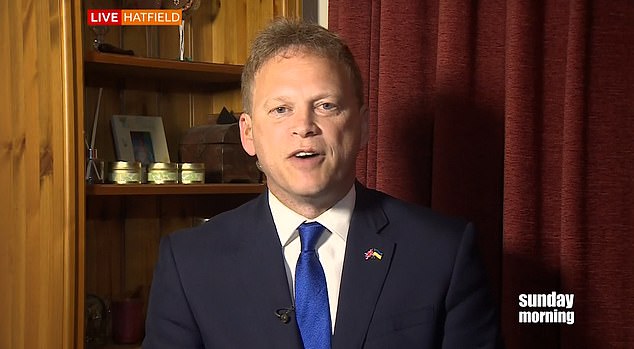 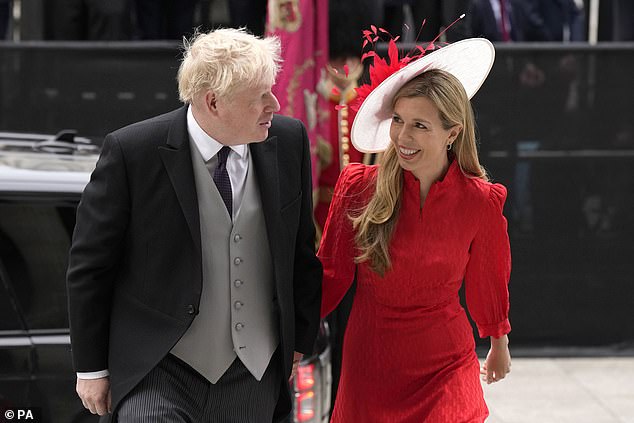 Boris Johnson was booed by Jubilee crowds as he arrived, with his wife Carrie, at St Paul’s Cathedral on Friday for a thanksgiving service 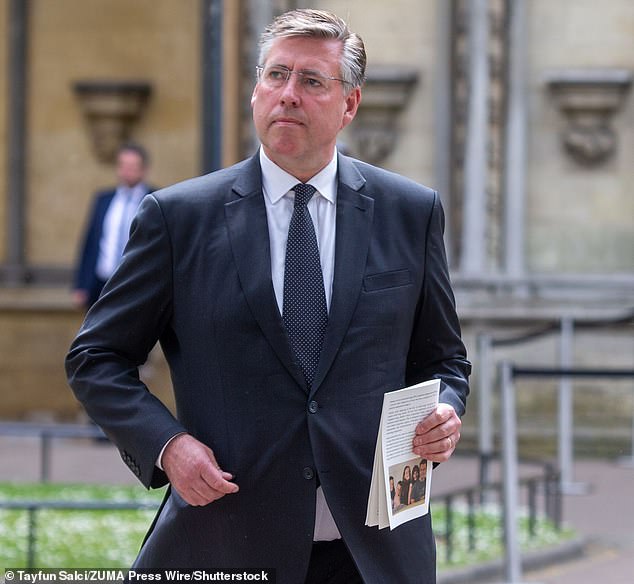 But Mr Shapps, speaking to the BBC’s Sunday Morning programme, said he didn’t think there would be a confidence vote this week.

The Cabinet minister also played down suggestions that, if the PM doesn’t face a crunch moment in the coming days, it might come later this month following by-elections in Tiverton and Honiton, and Wakefield on 23 June.

The Tories are braced to lose both seats, with a JL Partners poll revealing that Labour are 20 points clear of the Tories in the ‘Red Wall’ constituency of Wakefield.

The day after the by-election results has already been dubbed ‘Black Friday’ for the PM.

A former Cabinet minister told the Sunday Times there was a ’55 per cent’ chance of a confidence vote taking place ‘on Monday or Tuesday’, with an ’80 per cent’ chance after the two by-elections.

Mr Shapps dismissed the results of the Wakefield poll, saying:  ‘The best thing to do with all elections is to allow the people to speak and to do so at the ballot box.’

He also suggested Tory MPs shouldn’t be affected by ‘mid-term’ results for the party.

‘Actually in the round when people judge Government by the general election – rather than mid-term where it’s not unusual to see polling like this – people make a decision about whether you’ve delivered and done a good job for the country as a whole,’ the Transport Secretary said.

Quizzed about the PM being booed by crowds as he arrived at St Paul’s Cathedral on Friday for a Jubilee thanksgiving service, Mr Shapps warned against ‘over-interpreting’ the incident.

‘There were also people cheering and you’re not asking me why they did that,’ he said.

‘Look, politicians don’t expect to be popular all the time – getting on with running the country is a job where you have to take difficult decisions a lot of the time.

‘I think it’s best to get on with the job at hand, running the country, rather than being overly distracted by the clips you just played.’

The Cabinet minister highlighted how Tory politicians, such as ex-Chancellor George Osborne, were booed at the 2012 Olympic Games in London, adding: ‘It didn’t mean the election wasn’t won in 2015.

‘I think you’re rather over-interpreting it, if you don’t mind me saying.’

Mr Shapps continued: ‘Politicians by their very nature… will of course divide opinion. That’s what politicians do, that’s because we argue about different sides of issues.

‘So of course you always get people who approve and people who disapprove. That’s the point of a democratic free and democratic society.

‘It’s also the point of having a monarch where everyone can join together and support the Queen regardless of their politics.’

PLATINUM JUBILEE LIVE: Get all the latest news and updates here